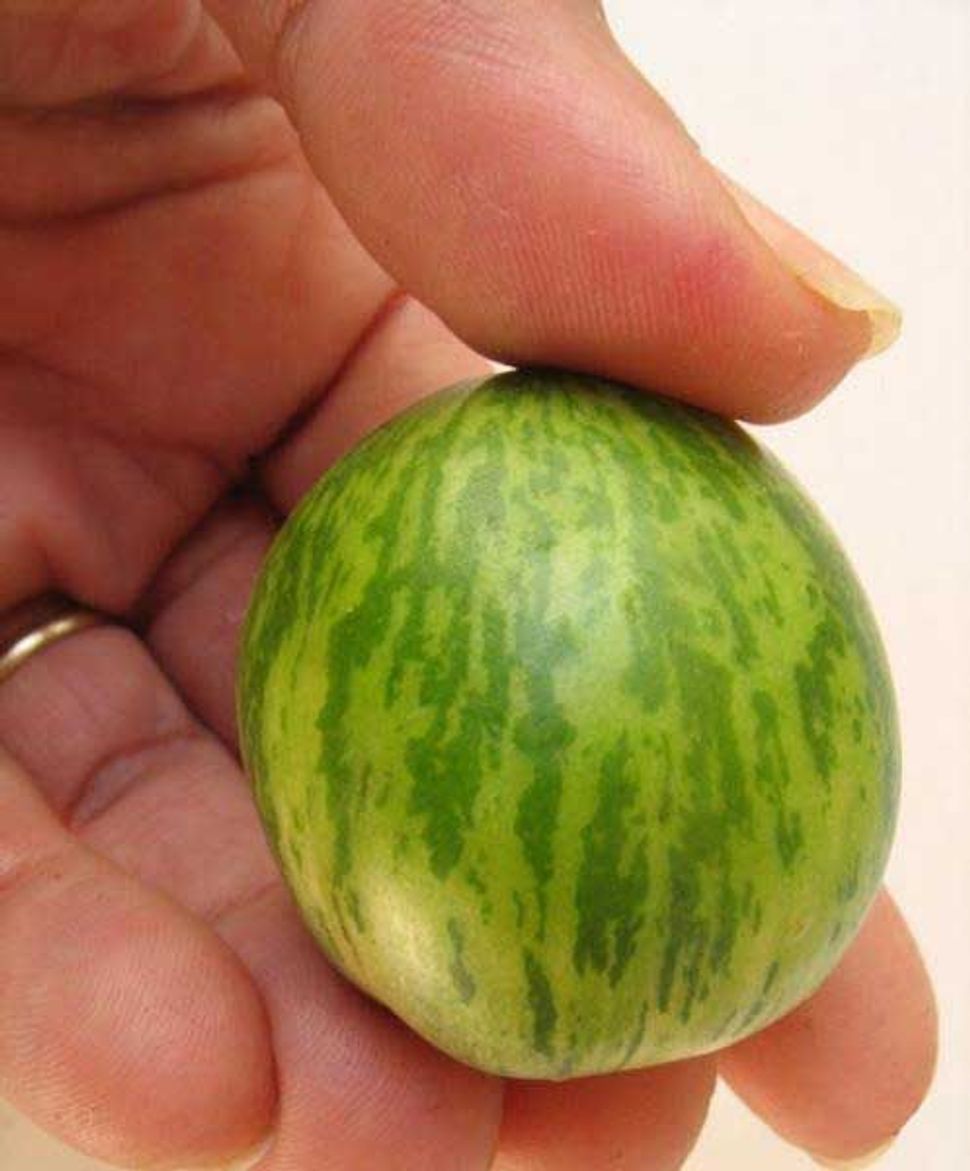 We’re at the end of the National Poetry Month celebration at the Forward. Aside from the flurry of posts on The Arty Semite, we’ve also featured an interview with seven poets. One of the interviewees, Maya Pindyck, who has already made an appearance on the blog last year, is here again, with two poems,”Shabbat” and “This.”

“Shabbat” approaches talmudic rhetoric in a Kafkaesque manner — by playing with the language of laws so abstract and obscure that they may have lost their footing completely. Yet, they are still full of mythic and poetic potential. Behind its dark irony and quirky humor, the poem approaches rather serious notions about the nature of Jewish thought and the philosophy of what the poet calls “hanging by a thread from the mountain.”

The second piece, “This,” is an exploration of prayer, which, like “Shabbat,” loosens the seriousness of the discussion with an absurdly funny food-related image (“a palm-sized watermelon/ plops”), offering the sort of comic relief more reminiscent of comic books than of postmodern verse. Yet, precisely in the delightful surprise of it, is the point of the poem: to break away from the morose sort of prayer that’s bogged down in the “hammering of bricks/ patterned after man’s idea of death.” Here’s to palm-sized watermelons!

Maya Pindyck grew up in Newton, Mass. and Tel Aviv and is the author of the collection “Friend Among Stones” (New Rivers Press, 2009). Her chapbook “Locket, Master” won a Poetry Society of America Chapbook Fellowship award in 2006.

Dig the ditch for the dirt
and not for the hole, as does the man
who wishes to skirt the holy laws,
and whose sons, in the same spirit,
butcher open bags of potato chips
so that no bag remains, so that no one
can accuse them of reusing that bag
for some utilitarian purpose.

Cutting off the head of a chicken
is another story. You think you can
cut off a chicken’s head for its beak
and the chicken won’t die? The rabbis
have decided that no such intention
can be true, unless the Jew in question
is really stupid. Such are the laws
hanging by a thread from the mountain.

Right after the sun
flares my eyelids with prayer,

Thankfully,
a palm-sized watermelon
plops to the ground.

Not that, but this, just once—