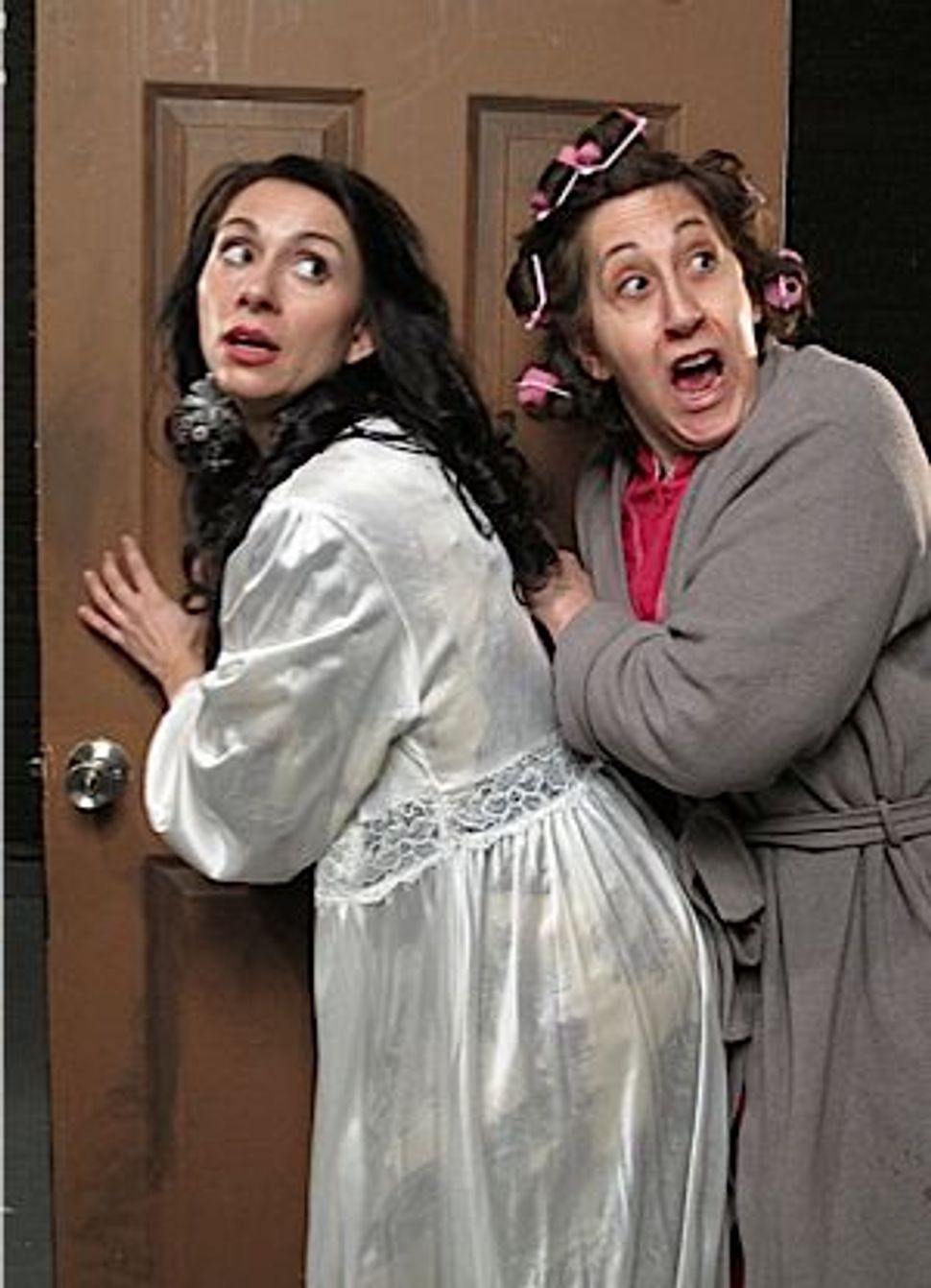 Fearing that it will upset their wedding plans, the cousins of Latshek Boobitshek, played by Nikki Iliopoulou (left) and Debra Zane (right), resist the news that his mother has died. Image by Jonathan Slaff

“This play is like the Donner Party meets Groucho Marx” said director David Willinger. “It puts on stage characters who I kind of recognize from life, puts them in an extreme vice of circumstances, and then reveals how low they can go. That doesn’t make us hate them; they’re fun.”

“Winter Wedding” begins with a deathbed promise. Latshek Boobishek (Tony Greenleaf), a nebbishy young man, promises his mother he’ll see to it that family will attend her impending funeral, but she manages to die a night before her niece’s wedding. Shratzia (Debra Zane), mother of the bride-to-be and the dying woman’s sister, convinces her clan to run away from Latshek. She believes that this way they won’t have to hear the news and will manage to avoid canceling the wedding, an event they have long planned and saved for (“Four hundred guests, eight hundred roast chickens – in the garbage!”).

Determined to keep his promise to his mother, Latshek chases his family around the world and back. Chaos breaks out on the road as Levin sharply depicts the distance some will go in order to avoid others’ suffering.

Levin’s plays are known for mixing poetic and pedestrian Hebrew to create a powerful, truly unique dramatic language that made Levin Israel’s most prolific and cherished playwright.

Willinger, who also directed Levin’s “Job’s Passion” at Theater for the New City in 2008, said Levin is a “great writer, on a par with Beckett, Ionesco, or Pinter; and he’s a Jew writing about Jews. His 60-something plays in all different styles, draw — like Beckett — on the music-hall and vaudeville, combined with expansive universal stage metaphors for the human’s relationship with the cosmos. I love the way he sneaks the fun into a serious message or vice-versa.”