Crowning the ‘King of Klezmer’ 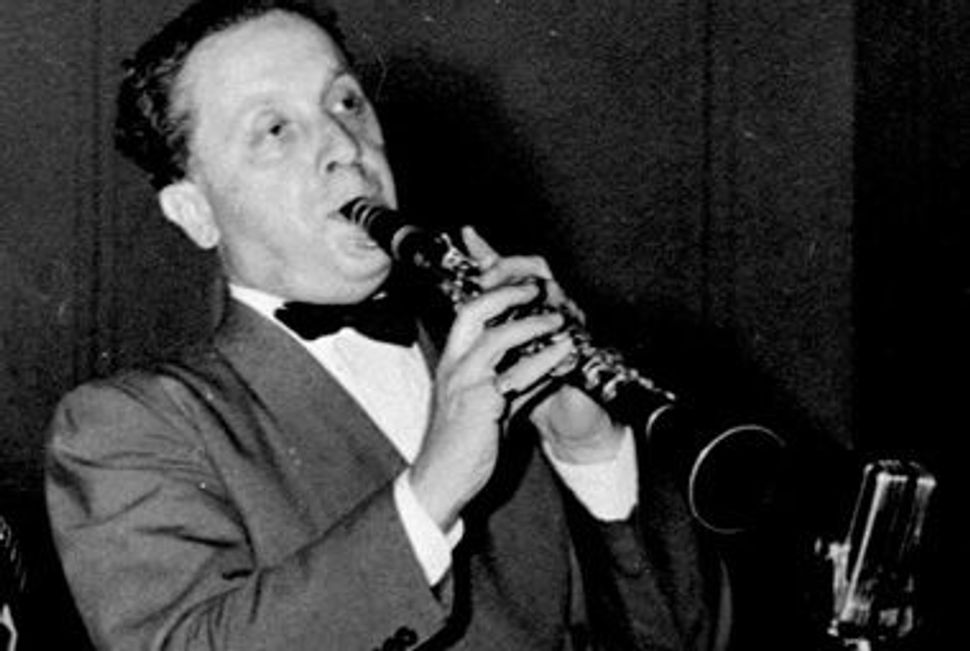 Klezmer legend clarinetist David Tarras will be center stage for the first time in decades on May 5, thanks to the efforts of klezmer violinist and ethnographic field researcher Yale Strom. Strom and his band, Hot Pstromi, will be giving a special performance of Tarras’s music — including some pieces that have never been published or recorded — at the Brooklyn Public Library. For Strom, it will be a chance to showcase the talents of the musician known as “The King of Klezmer.” 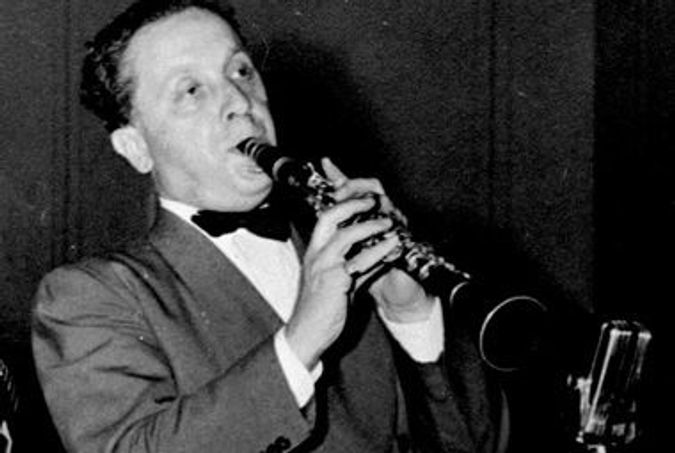 In addition to playing Tarras’s music, Strom also recently published an oral history titled “Dave Tarras: The King of Klezmer,” beginning with Tarras’s birth into a family of klezmorim in czarist Russia and ending with his death at age 92 in 1989. The book also includes rare photos of Tarras, his family and colleagues, as well as sheet music for 28 of Tarras’s melodies, arranged by Strom and Jeff Pekarek. Strom recently spoke to The Arty Semite about Tarras and about the legacy he left to klezmer artists, as well as to musicians from Charlie Parker to Miles Davis.

Renee Ghert-Zand: Why did you write this book?

Yale Strom: A while ago I visiting New Paltz, N.Y., and I happened to meet Dave Tarras’s great-nephew on the street, and he offered to put me in touch with Tarras’s son, Sy. One thing led to another and I got to know the family. They opened their home to me, and their archives. There were his dad’s private letters, photographs, some recordings, and a treasure trove of music, much of which had never been printed. So I said to myself, “I have access to this wonderful material, so why don’t I write what would be the first biography of Dave Tarras?”

The book is subtitled “A New Biography.” Was there another biography already?

There had been biographical information written in various klezmer history books, including my own book, “The Book of Klezmer,” and online, but only little bits and pieces. Sure, everyone knew he had great chops and he could blow a doina like no one else, but what I am proud of about this book is my getting to know him as a person, and getting information about his family that he left in Russia on the eve of the October Revolution. He did not return for 63 years, at which point everyone had passed away except for one sister and one brother. Like every famous person who has been written about, we love him and he’s a great musician, [but] we all have our warts, so to speak. I wanted to show Tarras in [his] full complexity.

Did you know Tarras personally?

I got to see him perform years ago in the early 1980s in New York City. I might have gone up at the end of the show and to shake his hand and say a Yiddish word, but I didn’t get to know him. I wish I had.

How were contemporary klezmer musicians influenced by Tarras and his music?

He influenced all the klezmer revivalists of the 1970s and 1980s who were looking to learn and copy his interpretation of the music that he knew from the late 19th century through the 1920s. Not only reed players. People like Andy Statman, Zev Feldman, Don Byron, David Krakauer, Margot Leverett, Kurt Bjorling and Ken Maltz — they were all influenced by Dave Tarras. Also violinists like me. Anyone interested in klezmer would have listened to the 78s and whatever we could find on him, because he set the standard for a kind of music.

His style was different than Naftule Brandwein’s [the other great klezmer clarinetist of Tarras’ s era]. Tarras was a little smoother. He was influenced by Romanian music, both the Roma-Gypsy and the peasant folk music. Brandwein was a little bit rougher in his style and his tone. He was influenced more by the Balkan-Turkish sound. Those are sort of the two schools.

Tarras remained a klezmer musician even as jazz and swing rose in popularity. Why did he never make the crossover?

Sy joked his father couldn’t play jazz if his life depended on it. By the 1940s klezmer was not as popular, but he was still limping along, playing some klezmer in the 1950s in the Catskills. But he also played jazz and swing and pop music — some mambos, some tangos, some early Beatles stuff. That’s what they wanted at Jewish weddings. He was not good at it. He was not good at improvising. He did not understand the modal scheme of how they played.

He had the opportunity to go off to Hollywood to play popular music, but he didn’t take it. He liked his home in Brooklyn and liked the music he played. He liked being known as “The King of Klezmer” and “The Benny Goodman of Klezmer Clarinet.” He was steeped in Yiddish and Eastern European culture. He was born in the old country — his formative years were there until the age of about 20. Musically, he had been formed before he ever came here. He wanted to focus on a style that he was not only good at, but at which he was also the greatest.

If anyone ever tries to dismiss Tarras, I say to them, “As insignificant as he may seem to you, he had influence on musical giants like Charlie Parker and Miles Davis. They personally came to the Catskills to hear him play klezmer. These are the two giants who created bebop. Think about that.

Crowning the ‘King of Klezmer’