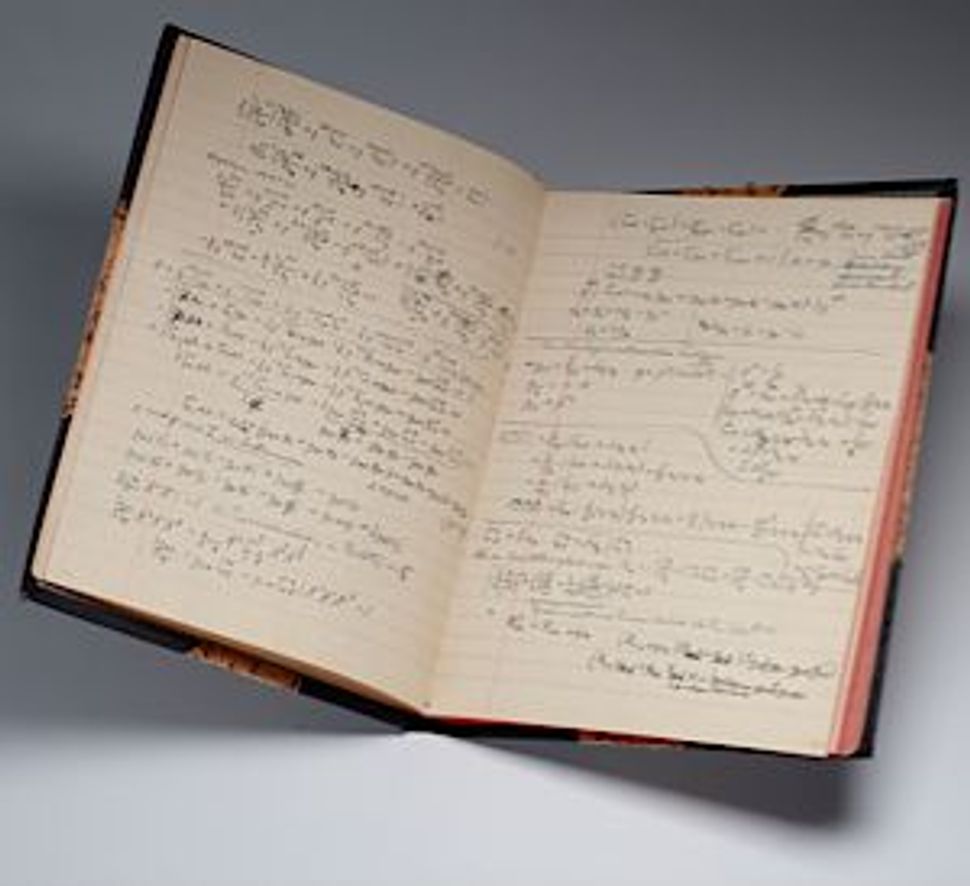 Albert Einstein?s journal from 1922. Courtesy of the Morgan Library and Museum. 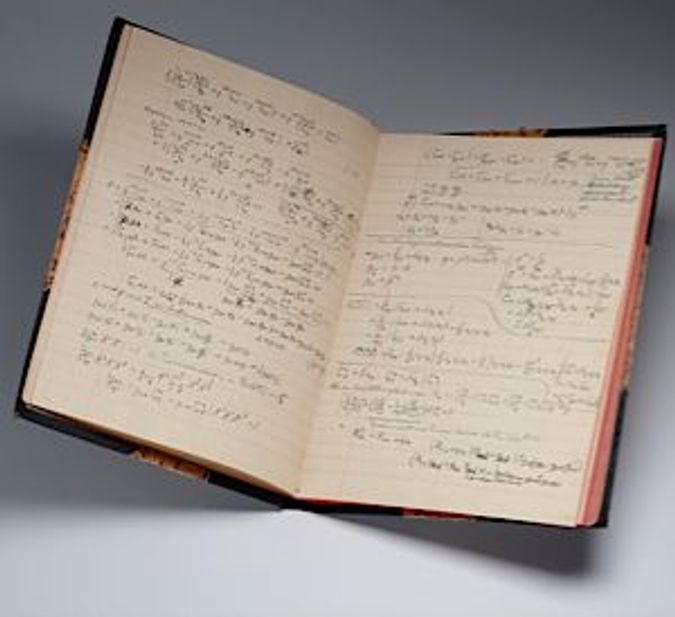 Albert Einstein?s journal from 1922. Courtesy of the Morgan Library and Museum.

All three, however, are chronicled in a remarkable exhibit at The Morgan Library and Museum on personal diaries. Long before there were blogs, people actually wrote their jottings in notebooks.

The exhibition in New York, titled “The Diary: Three Centuries of Private Lives,” which is open until May 22, shows just how varied such entries can be. Visitors can squint at Charlotte Bronte’s tiny letters, which are nearly impossible to read without a magnifying glass. Forget English diarist Samuel Pepys’s entries altogether: He wrote in a shorthand that resembles a kind of military code. Diaries allow the viewer to tune in (so to speak), to the thoughts and action of Arthur Sullivan (of Gilbert and Sullivan fame) on the opening night of “Pirates of Penzance.” (Spoiler: He downs 12 oysters and a glass of champagne.)

Perhaps most intriguing are a jumble of equations studded with letters and numerical signs sandwiched between a few lines of prose. For those whose mathematics education stopped at algebra or trigonometry, the text will be impenetrable. But not to a famed Jewish physicist headed to Japan in 1922 for a lecture tour.

The writer, of course, was Albert Einstein. Others may compose journal entries about the weather, the meals they ate, or the moods they were in. But Einstein’s commonplace notes include offhand thoughts like, “I’ve been thinking about the gravitation-electricity problem again.”

The exhibit describes some of Einstein’s reading material during his Eastward voyage: He was busy turning the pages of French philosopher Henri Bergson’s book “Duration and Simultaneity: Bergson and the Einsteinian Universe.”

The relatively small exhibit has other highlights: Nathaniel Hawthorne conducting a thought experiment about “[w]hat if it should be discovered to be all a mistake” and that persons thought to have died were still alive. One can follow Virginia Woolf capturing the intensity of living: “Life piles up so fast that I have no time to write at the equally fast rising mound of reflections.” John Steinbeck is seen laboring over “The Grapes of Wrath.” “I hope I am not headed for a nervous breakdown,” he writes.

Elsewhere, Steinbeck had noted, “I have tried to keep diaries before, but they didn’t work out because of the necessity to be honest.”

One journal in the show was compiled by television interviewer Iain Sinclair, who had quizzed the Buddhist-minded Allen Ginsberg in 1967 in London during a gathering with the improbably-far-out sounding title, “The Congress of the Dialectics of Liberation.”

In another journal in the show, one peers into an orange-covered spiral notebook in which Bob Dylan penned a picture of the hotel room in Texas he was staying in during a 21-city tour. The exhibit describes how one poem of his ended up in the liner notes of an album he recorded with The Band.

Dylan, who writes more philosophically than most musicians, ponders at the conclusion of his tour: “Now we’re back where we started — but are we?” Visiting this exhibit could leave you elsewhere, perhaps in a contemplative realm.