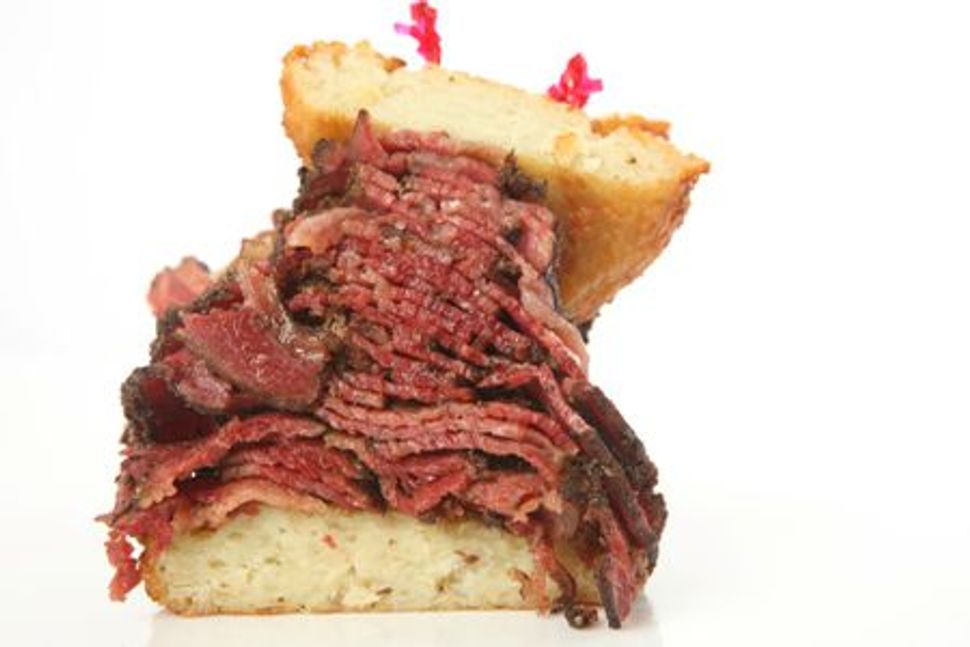 But an Arizona restaurant seems to think that it has a lock on artery-clogging fare—or at least on the terms used to describe it. Deli owner Jeremy Lebewohl recently received a cease-and-desist letter from the Heart Attack Grill claiming that the deli’s plan to sell a “Triple Bypass Sandwich” violates the other restaurant’s “Triple Bypass Burger” trademark, NYMag’s Grub Street reports. Lebewohl and his co-owners have preemptively sued to declare that there is no trademark infringement.

The Heart Attack Grill’s food (which purportedly has a “taste worth dying for”) is served by waitresses who wear skimpy nurse uniforms and put hospital bracelets on the restaurant’s “patients.”

Judge Lewis Kaplan of U.S. District Court for the Southern District of New York will have to decide whether the 2nd Avenue Deli’s sandwich — composed of pastrami between two latkes — is really anything like the Heart Attack Grill’s huge, un-kosher burger served with French fries cooked in lard.

“There is no likelihood of confusion,” the court document submitted by the deli owners contends. “As an initial matter, the restaurants serve geographically distant markets…Furthermore, the food sold, as well as the clientele served, could not be more different…The 2nd Avenue Deli has been in business for almost sixty years… [and] has been serving its Instant Heart Attack sandwich since before The Heart Attack Grill even existed, much less used the trademark ‘Heart Attack Grill’ in commerce.”