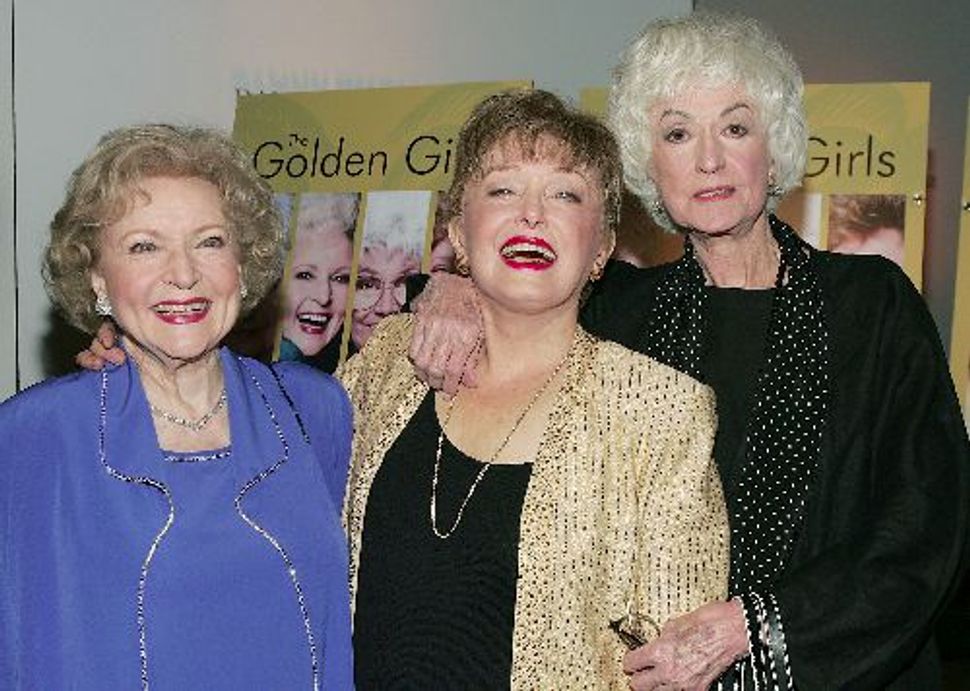 Southern Florida is so famously full of Jewish retirees that it often seemed strange that there weren’t any among the main characters on TV’s “The Golden Girls.”

But you can bet there will be at least a couple of Jewish retirees on the new Israeli version of the show, which is apparently so promising that it’s been renewed for a second season, even before a single episode has aired.

Nearly 20 years after the American series went off the air, Israel’s Channel 10 is preparing the launch of a Hebrew-language update that will star some of the country’s foremost stage, TV and film actresses.

Few details have been released about the Israeli production, such as where in the country it will be set, and whether there will be an Israeli equivalent to the saucy Southern belle of the original. Israel’s Ministry of Senior Citizens Affairs also seems to believe in the new show, becoming its primary sponsor and buying airtime to reach out to older viewers.

Israel’s “Golden Girls” follows a Hebrew-language version of “The Office,” and will precede a planned Israeli take on “Everybody Loves Raymond.”