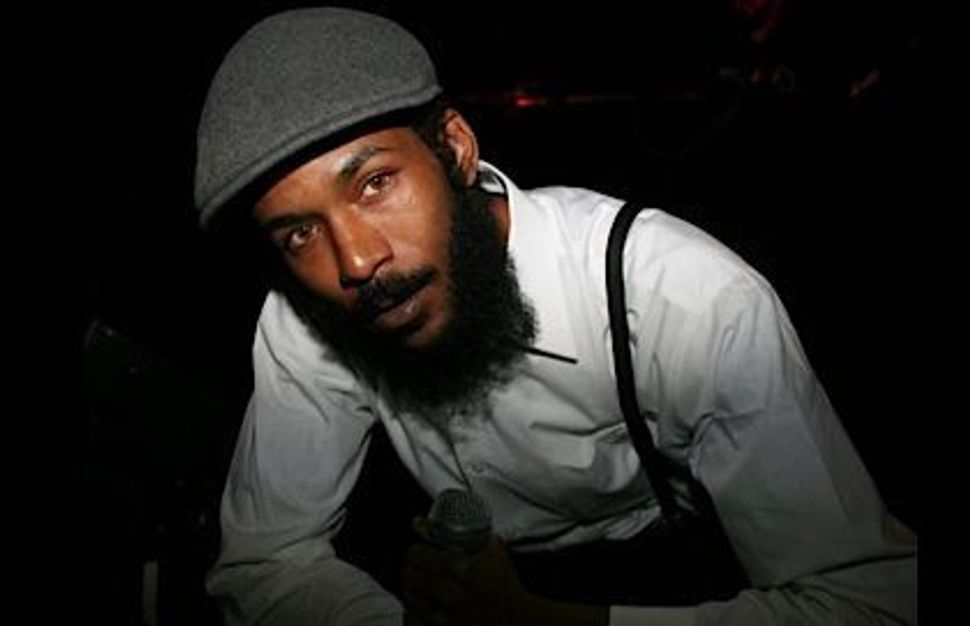 Y-Love, also known as Yitz Jordan, is a black Jewish convert from Baltimore who feels just as comfortable at underground freestyles as he does at the Sabbath table. The son of a Puerto Rican mother and an Ethiopian-American father, Y-Love converted in 2000 at Brooklyn’s Conversion to Judaism Resource Center and has since become one of the most outspoken Orthodox artists alive. He makes hip-hop music in the tradition of N.W.A. and Public Enemy, raging political tirades chock full of deft wordplay and witty rhymes. He’s also, by self-description, “furious.”

Over the past few years Y-Love has undergone something of a musical transformation. His 2008 debut, “This Is Babylon,” borrowed heavily from backpacker socially conscious hip-hop artists like Taleb Kweli. His material traded heavily on his lingual prowess — often substituting Bakhtian polyphony and code swapping for more traditional hip-hop wordplay. You need a master’s degree in jargon to decode the in-jokes of most contemporary hip-hop artists. For Y-Love, you might be better equipped with a degree in comparative literature.

Y-Love sings in English, Hebrew, Arabic and Yiddish, often overlaid on traditional hip-hop beats. On his new EP, “See Me,” though, he has changed up the music itself — rejecting standard sounds for a more global tone recently popularized by artists like Diplo, M.I.A. and Major Lazer. He sounds more cosmopolitan, and better, than ever before. On the title track, “See Me,” he even draws on Lady Gaga, with a chorus that sings, “Who do you think you are? / Oh, you’re a superstar.”

He hasn’t jettisoned, however, his message of political radicalism and community. In addition to frequent dispatches over social media about issues that trouble him (from rabbinical interference in the arts to worldwide freedom movements), his lyrics are still predominately about his political beliefs. On “This Is Unity,” he repeats over and over, “Olam Achod, Hashem Achod, HaAm Achod / This is Unity” (“The world is one, God is one, the nation is one”), punctuated with verses like, “When I say revolution / You say excuses. / Y-Love, the new scene / the old scheme is useless.” “See Me” may lack a banging single to help spread the gospel, but the old ferocity is back, and Y-Love is still furious as ever.