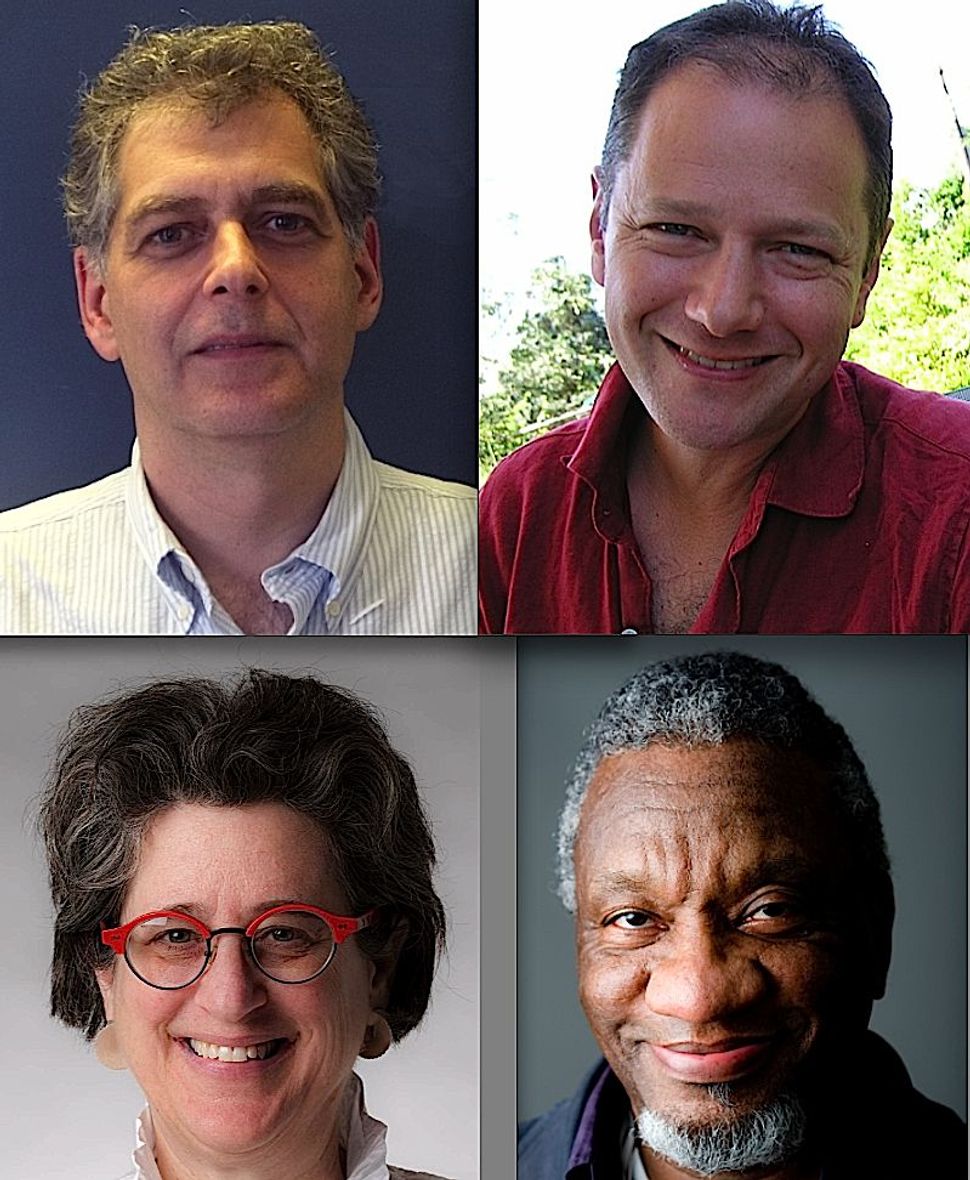 The American Academy in Jerusalem — newly established by the Foundation for Jewish Culture and modeled after the American academies in Rome and Berlin — will host four American artist fellows to help pioneer a cultural renaissance in the holy city. A fifth fellow, filmmaker Barbara Hammer, dropped out of the program yesterday for personal reasons.

Representing the fields of visual arts, dance, theater and urban planning, the artists will spend nine autumn weeks in Jerusalem pursuing their projects, collaborating with Israeli and international artists, and teaching master classes at Hebrew University and Bezalel Academy of Arts and Design. In addition to the lifespan of the projects and the connections the fellows make, the American Academy in Jerusalem will measure its success by how often the fellows are invited back to work in Israel.

Sponsored by the Andrea and Charles Bronfman Philanthropies, The Laurie M. Tisch Illumination Fund, The Russell Berrie Foundation and Marc and Anita Abramowitz, the fellows will receive funding for travel costs, accommodations, project support and a modest living stipend.

The 2011 inaugural fellows are Lynne Avadenka (a visual artist whose work has been featured at The Jewish Museum in New York), Donald Byrd (the Tony-nominated choreographer of “The Color Purple”), David Herskovits (the founder and director of the Target Margin theater in New York) and David Karnovsky (an urban planner best known for his contribution to New York’s High Line).

As the two theater-oriented fellows, Byrd and Herskovits have proposed the most inventive projects. Byrd wants to craft Amos Oz-inspired dance performances on disillusionment and futility in Israeli-Palestinian relations (a sunny theme) and Herskovits will work with Israeli Yiddishists to develop a play about the intersection of Yiddish theater and the avant-garde movement of the early 20th century.

“There is a moment in history when Yiddish theater became a home for experimentation artistically,” says Herskovitz, whose Target Margin Theater is a platform for plays that challenge conventional modes of theatre. Herskovitz’s father was a Czechoslovakian refugee from the Holocaust and the artist feels a particular connection to the cultural treasures, Yiddish theater among them, that were lost during World War II.

For her project, Avadenka will continue to create art influenced by the story of Joseph and his brothers in both Biblical and Koranic texts as a way of fostering dialogue between the two religions. Karnovsky will work on incorporating new public spaces and artistic venues into Jerusalem’s urban landscape.

The CEO of the Foundation for Jewish Culture, Elise Bernhardt, hopes that the academy will help to establish Jerusalem as a cultural capital akin to cities like Rome and Berlin. “To the extent that this becomes a prestigious prize, I think we have accomplished a great deal for Jerusalem,” she told the Forward.