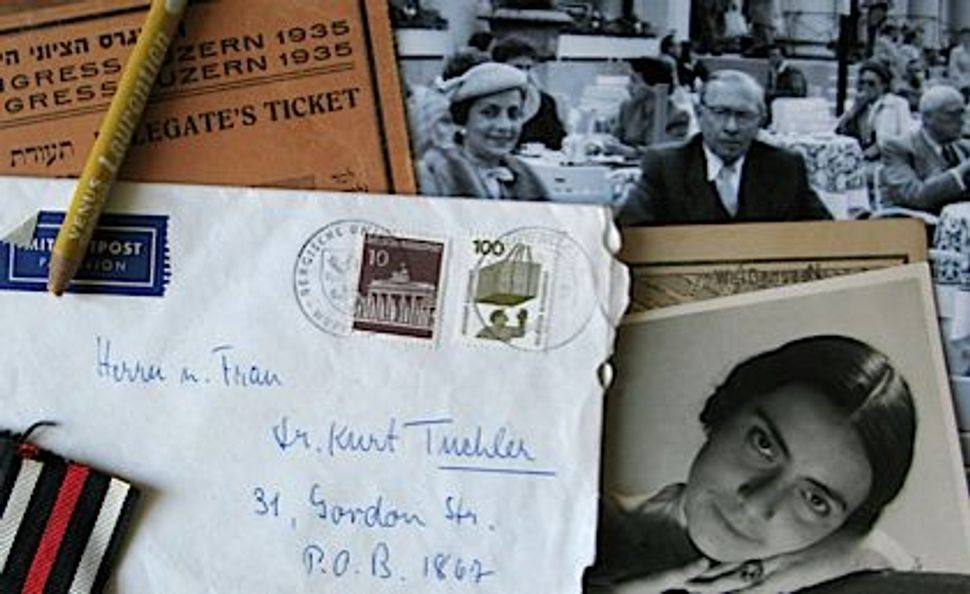 Following the recent jury issues and conflict of interest at the Jerusalem Film Festival, I’ve decided to award my own prize for the best Israeli film. And the award goes to…. Arnon Goldfinger’s “The Flat,” a triumph of personal documentary filmmaking.

Though it didn’t win the official top prize, “The Flat” did receive the award for Best Director of a Documentary Film. Goldfinger is an accomplished documentarian, best known for his award-winning “The Komediant” (2000), which tells the story of Pesach Burstein and his wife, Lillian Lux, who fled Poland together in 1939 and became a legendary music, dance, comedy and theater team.

Goldfinger’s latest film is about his grandparents, Gerda and Kurt Tuchler, and the Tel Aviv apartment in which they lived since they came to Palestine in the 1930s. When Gerda passed away at age 98, her grandson brought a camera to document his family as they sorted through the contents of her apartment, which was stuffed with German literature, heavy European furniture, old carpets, photos, letters, ladies’ handbags, old luggage and dozens of pairs of gloves.

From this starting point the film embarks on a journey that takes us back to Germany, where secrets from Goldfinger’s family history are exposed. At the Festival screening, Goldfinger talked about how the documentary, “which began as a little film about the clean-up of Grandma Gerda’s flat,” eventually came to consume his life and take five “exhausting” years to complete.

As we follow his Goldfinger’s research, a riveting story unfolds. We learn about his grandparents, meet Gerda’s closest friend, and look through photos and letters. Slowly a painful story comes to light, of a couple who remained tied to their roots in Germany, never fully became comfortable in Israel, and who returned to Germany to visit their German friends, even after the war. But why would German Jews renew their friendship with a German blue-blood named Leopold von Mildenstein, who was a member of the Nazi party in the 1930s and a member of the S.S. during the war?

As we learn about Gerda’s mother and meet the von Mildenstein family, we realize that this is not only an Israeli story, but also a German story. We learn about the difficulties of second and third generation postwar Germans in grappling with the past. Are they looking at it honestly or are they still hiding from the truth? And there is a parallel in Israel as well. Gerda never talked about her mother to her own daughter, and her daughter never asked how her grandmother died during the war.

At the screening, Goldfinger explained: “I knew from the beginning that this had to be a co-production with a German company, with people of my generation.” In the film, he goes to German archives to learn more about von Mildenstein, who was an important figure in Goebbels’s Ministry of Propaganda. Goldfinger meets a German professor and specialist in Holocaust studies and asks him why his grandfather, who fled from Germany and raised his children in Israel, would re-establish his friendship with a Nazi friend after the war. The professor explains that, in order to help them confirm their German identities, there were Jews who were unable to negate all of German culture and history, and who desperately needed to believe that there were some good Germans. Even though they lived in Israel for most of their lives, they remained tied to their German roots.

The filmmaker acknowledges having “rediscovered his mother” through making the film and dedicated his last comments to his grandmother and grandfather, expressing his hope that they would like the film. “If not,” he said, “please forgive me.”