When It Comes to Gay Rights and Klezmer, the Musical Is Also Political 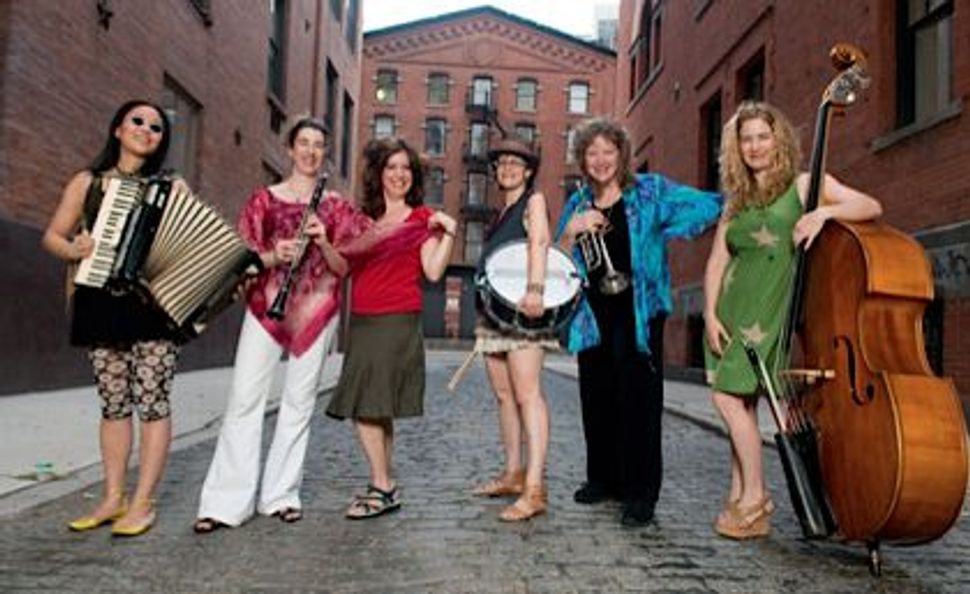 At a July 26 concert at 92YTribeca in celebration of New York’s first legal same-sex marriages, the singer-guitarist Nedra Johnson struggled to find the words to describe the relationships between love, politics and the blues. In an age in which sex and marriage are subjects of legislative debate, she reasoned, performing a sultry blues lullaby about her love for another woman — even if she had little but longing in her mind when she wrote it — is always construed as a political act.

What Johnson was grasping for was some 21st-century version of the second-wave feminist creed: “The personal is political.” When Carol Hanisch published her 1969 essay with that title, she meant that issues like reproductive rights and the sharing of childcare responsibilities — then scorned by some activists as “personal” problems not to be discussed in the public sphere — were inextricably linked to the struggle for so-called “political” rights like equal pay in the workplace.

Forty years later, with the battle for legal rights now firmly entrenched in the bedroom, something as intimate as a love song — especially a racy one written by a lesbian — can indeed pack political wallop. With Johnson, a 2006 OUTMUSIC award recipient, opening for Isle of Klezbos, an all-female klezmer band that performs, among other things, tunes from old Yiddish films with queer subtexts, a new equal-rights slogan came to mind: The musical is political, too.

Isle of Klezbos had lined up a series of — what else? — wedding dances, a set list that, in this context, seemed as natural as it did subversive. Those who cling to scriptural admonitions against homosexuality might have frowned to hear familiar wedding tunes brought out to celebrate lesbian unions. But klezmer is secular music that, at its wildest moments, exudes the kind of bacchanalian exuberance that cannot be contained by any law or dubious moral code. Furthermore, as percussionist and bandleader Eve Sicular argues in her lecture “The Celluloid Closet of Yiddish Film,” winking acknowledgements of homosexuality have a long history in Yiddish culture.

Among the pieces on the program were the excellent “Muzikalisher Tango,” Sicular’s adaptation of an untitled tango sung by the “mysteriously unmarriageable” protagonist of the 1940 film “Americaner Schadchen,” and an especially energetic rendition of “Abi Gezunt,” a favorite of the cross-dressing Yiddish film star Molly Picon. Highlighting the gay angle in the klezmer repertoire is the band’s essential shtick.

Aside from the clever spin, though, Isle of Klezbos is a no-nonsense group. These are musicians with both the creativity to come up with fresh, jazz-inflected arrangements and the chops to play the snot out of them. Listening to the nimble clarinetist and saxophonist Debra Kreisberg breeze through the breakneck melodies of familiar tunes like “Di Goldene Khasene,” for example, one realizes — perhaps for the first time — that the shrill high notes in klezmer needn’t be out of tune. (A certain amount of playful pitch-bending is a stylistic choice, but those top notes shouldn’t hurt our ears.)

At 92YTribeca, Kreisberg and Pam Fleming blended the sounds of clarinet and trumpet together so well that the tricky unison passages in the “Uncle Moses Wedding Dance” sounded as though they were being played by some fabulous hybrid instrument. Fleming, whose tender and controlled trumpet playing could make you forget how obstreperous that instrument can be, also played a very sexy jazz flugelhorn solo in “Abi Gezunt.” Later she unveiled “Mellow Manna,” an original reggae-klezmer composition with a complex bouncing bass line that let Juilliard-trained bassist Saskia Lane show off her impeccable technique.

A veteran of the downtown jazz scene, pianist and accordionist Shoko Nagai delivered some of the most adventurous improvisatory solos of the night and helped fill out the band’s sound with sophisticated riffs from the keyboard. Her gentle accordion, along with Lane’s bass, provided a lovely backdrop for “Unter Beymer,” a sweet and sentimental Yiddish lullaby. Soprano Melissa Fogarty sang the piece with just the right amount of shmaltzy rubato, adding in little ornaments and flourishes for maximum tear-jerking effect.

Fogarty is a formidable presence: She has wide, expressive eyes, and when she’s belting out a particularly impressive passage — some rapid scat-singing, say — she bounces and prances around the stage. At this marriage-themed performance, she seized the microphone and made a few mildly embarrassing asides (the usual stuff about couples quarrelling and making up) to her wife in the audience, who was good enough not to cringe visibly. Saucy or somber or playful, Fogarty is never quite suave — and in the end that ebullient awkwardness is oddly appealing. It’s as though she’s channeling the madcap stars of the vaudevillian stage, or at the very least rejecting the vision of a female musician as a tambourine-wielding wallflower whose primary job is to stand aside and look nice.

Does it matter that Isle of Klezbos is made up of all women? I think so. Female musicians — instrumentalists, especially — remain rare enough in contemporary klezmer and jazz groups that the mere sight of this gaggle of women onstage produces a quiet thrill. As Johnson suggested, sometimes you don’t need a stump speech to make a strong political statement. Who better than Lane, a slim blonde plucking away at the bass, or Sicular, her curly head bopping along to the beat of the drums, to banish from little girls’ minds any misguided notions about who should play what — and who can marry whom? This is a group with no weak links: stellar musicians; powerful, sparkling music; nary a man in sight. Are they better because they’re women? Who’s to say? But have no doubt that any Isle of Klezbos concert is good for feminism, and good for klezmer.

Watch Isle of Klezbos play at the KlezBiGay Pride Show:

When It Comes to Gay Rights and Klezmer, the Musical Is Also Political