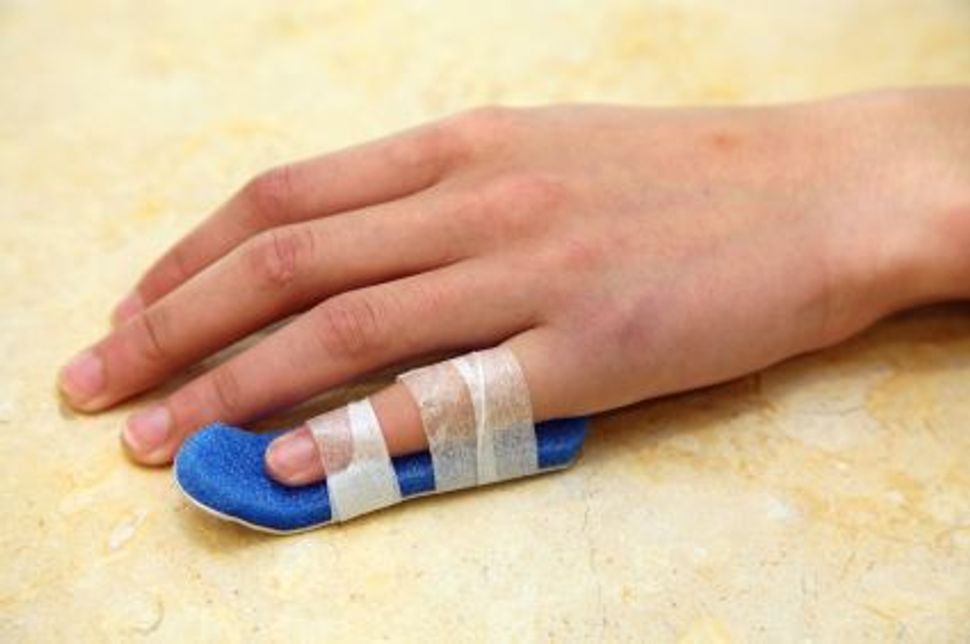 Israel’s first lady was afraid of her Nepalese employee.

That’s the updated version of events from the office of Israeli Prime Minister Benjamin Netanyahu, a day after his publicity team acknowledged that a domestic worker dislocated her finger during an argument with the prime minister’s scandal-prone wife.

The still-unnamed worker “responded with an uncontrollable burst of rage” after Sara Netanyahu made a comment about her work, “knocking herself to the ground and smashing into the floor and furniture,” according to a statement released today by the prime minister’s office. “Mrs. Netanyahu feared these bursts of anger [and] alerted her security team, which arrived within seconds.”

A member of that security team is backing up the Netanyahus’ claims, saying (anonymously, so far) that he entered the room to find the worker thrashing about on the floor. A doctor for the Netanyahus, Zvi Herman, has gone public to say that he was called to the prime minister’s residence after Sara Netanyahu’s 96-year-old father — whom the woman was hired to care for — fell out of a chair, allegedly due to her negligence.

Today’s story is different from yesterday’s, when the Netanyahus claimed that the argument started over financial transfers conducted by the worker from an account held by Sara Netanyahu’s father.

An organization supporting Israel’s foreign workers has come out in support of the Nepalese caregiver, saying it has passed along allegations of abuse and “degrading” labor conditions to the police. The worker has claimed she was denied time off, and even food.

Wherever the case goes from here, Sara Netanyahu’s troubled history with household workers will not make it easy to move on quickly from this scandal.