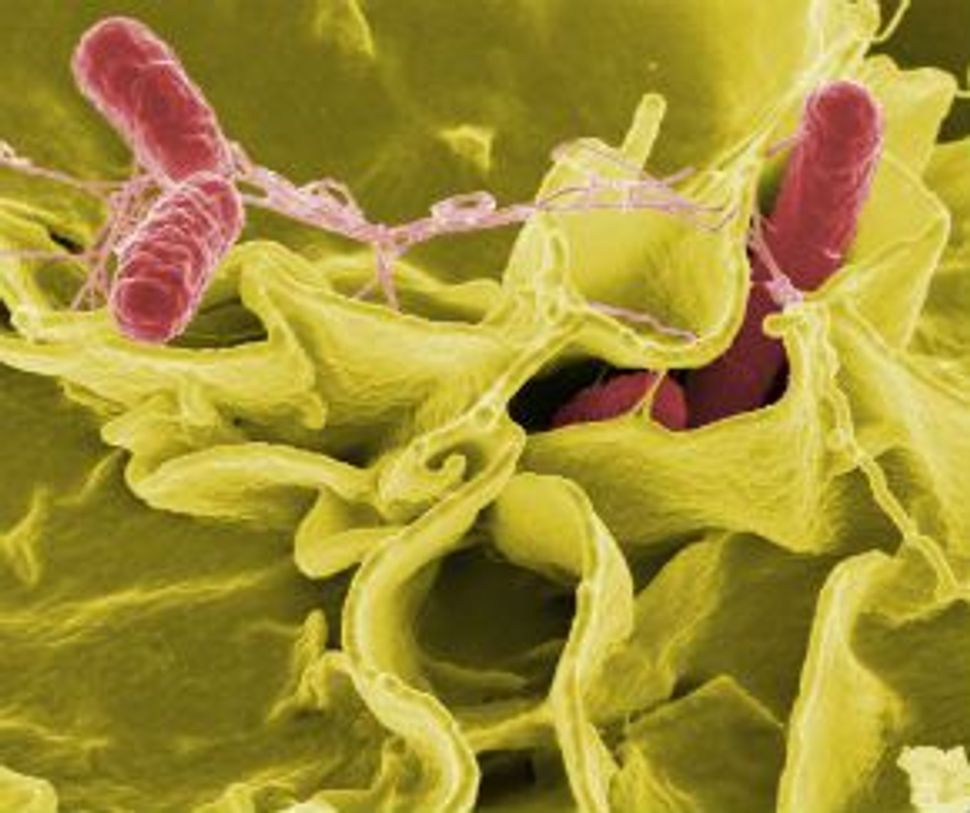 As of this week, chopped liver is getting even less respect than it usually does. That’s because it’s been found to be the cause of Salmonella food poisoning in 89 people in New York and several others in New Jersey.

Health officials have traced the kosher liver to the Queens-based Schreiber Processing Corp., which has issued a recall of the product (under its MealMart brand) from various delis, caterers and retirement homes.

The kosher broiled chicken livers were not actually fully broiled, but rather cooked only enough to remove the blood in adherence with kashrut laws. They needed to be broiled further in order to be fit for consumption. To this point, The Health Department issued a press release stating, “Even though they are labeled as ‘broiled’ and may appear cooked, chicken livers from this manufacturer are not thoroughly cooked and should not be eaten unless they are cooked to an internal temperature of 165 degrees Fahrenheit.”

Gothamist recommends that chopped liver fans consider switching to the nonkosher variety purveyed by Russ & Daughters. And there’s also the option of finding another Jewish appetizing item to which to declare one’s devotion. After all, isn’t chopped liver just, well, chopped liver?