How Do You Say Turkey in Ge’ez? 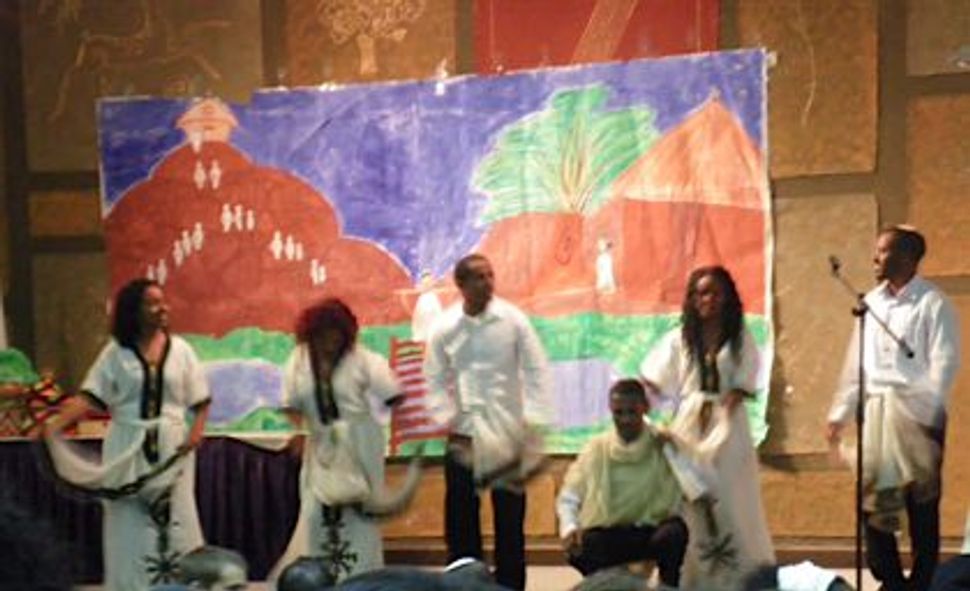 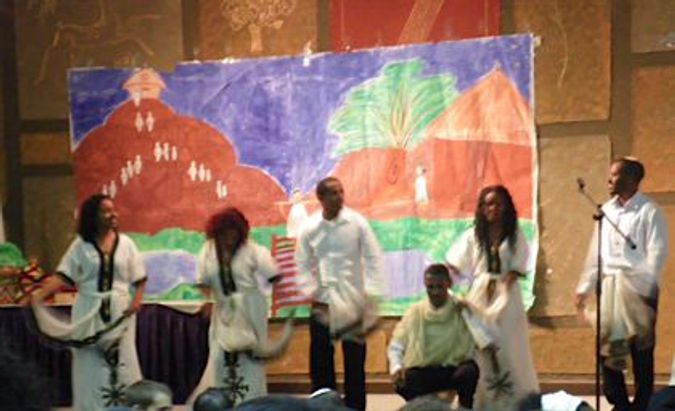 Sigd, also known as Mehlella, meaning “to beseech in prayer” in the Ge’ez language, is a holiday celebrated every year by the Beta Israel community on the 29th of Heshvan. The holiday is said to have been instituted by the religious leaders of the Ethiopian Jewish community to commemorate the end of religious persecution by Ethiopia’s Christian rulers. The holiday probably dates from the 15th century, predating the American Thanksgiving by roughly 200 years. Since the passing of a special holiday law by the Knesset in 2008, Sigd is considered a voluntary national holiday in Israel.

As part of the festivities this year, the Israeli Ministry of Immigrant Absorption’s Student Authority sponsored a special gathering at Bar Ilan University’s Mintz Auditorium.

“It took us about two weeks to prepare for the event,” said lead organizer and BIU student Yisrael Fanta. “I personally feel very connected to my culture and I and the other organizers wanted to provide a chance for other Ethiopians as well as all those who aren’t Ethiopian to celebrate and understand the [Beta Israel] culture and traditions.”

If anything was clear from the night it was that the immigrant experience transcends national boundaries, with Beta Israel participants displaying the different ways they have adapted to Israeli society while trying to preserve their own unique traditions.

The religious significance of the evening was discussed by the senior-most Ethiopian rabbi in Israel, Yosef Hadane. The rabbi — dressed in the Lithuanian garb favored by many of his Haredi counterparts — recounted to the younger audience members his memories of celebrating Sigd in the mountains of Ethiopia.

Following Hadane, the traditional Ethiopian religious leader Kes Almo Ishta spoke, dressed in the garb of an Ethiopian holy man, including a white cap, black robes and a horsehair fly whisk in one hand. After speaking briefly in Hebrew, Ishta proceed to pronounce in Ge’ez the traditional blessing upon the entire crowd.

Much like the Thanksgiving plays enacted throughout the U.S. every year, the students put on their own play, humorously addressing the cultural changes that have affected the Beta Israel community since their move from villages in Ethiopia to the urban landscape of modern Israel. In one of the highlights of the night, Religious Zionist and Beta Israel Rabbi Shalom Sharon encapsulated decades of Israel’s race relations with a joke about the messiah.

“I think the moshiach will be an Ethiopian [Jew],” said Sharon. “He couldn’t be Ashkenazi because all the Mizrahi Jews will say, ‘How can this voozvooz be the messiah? The messiah couldn’t be Mizrahi because then all the Ashkenazi Jews would say, ‘What, this vilde khaye? He certainly can’t be the son of David. And a Yemenite? If there still hasn’t even been a Yemenite IDF Chief of Staff how could there be a Yemenite messiah? And if it was a Russian messiah, you know there would still be people who would whisper, ‘but how can you really be sure he is a Jew?’ No, I think the Messiah will be Ethiopian because if he is an Ethiopian everyone will look at him and say, ‘oh how cute!’”

While Sigd may be a holiday specific to the Beta Israel, the participants at last week’s event made clear that the Jewish sense of humor is certainly shared by the sub-Saharan segment of the Jewish people.

How Do You Say Turkey in Ge’ez?