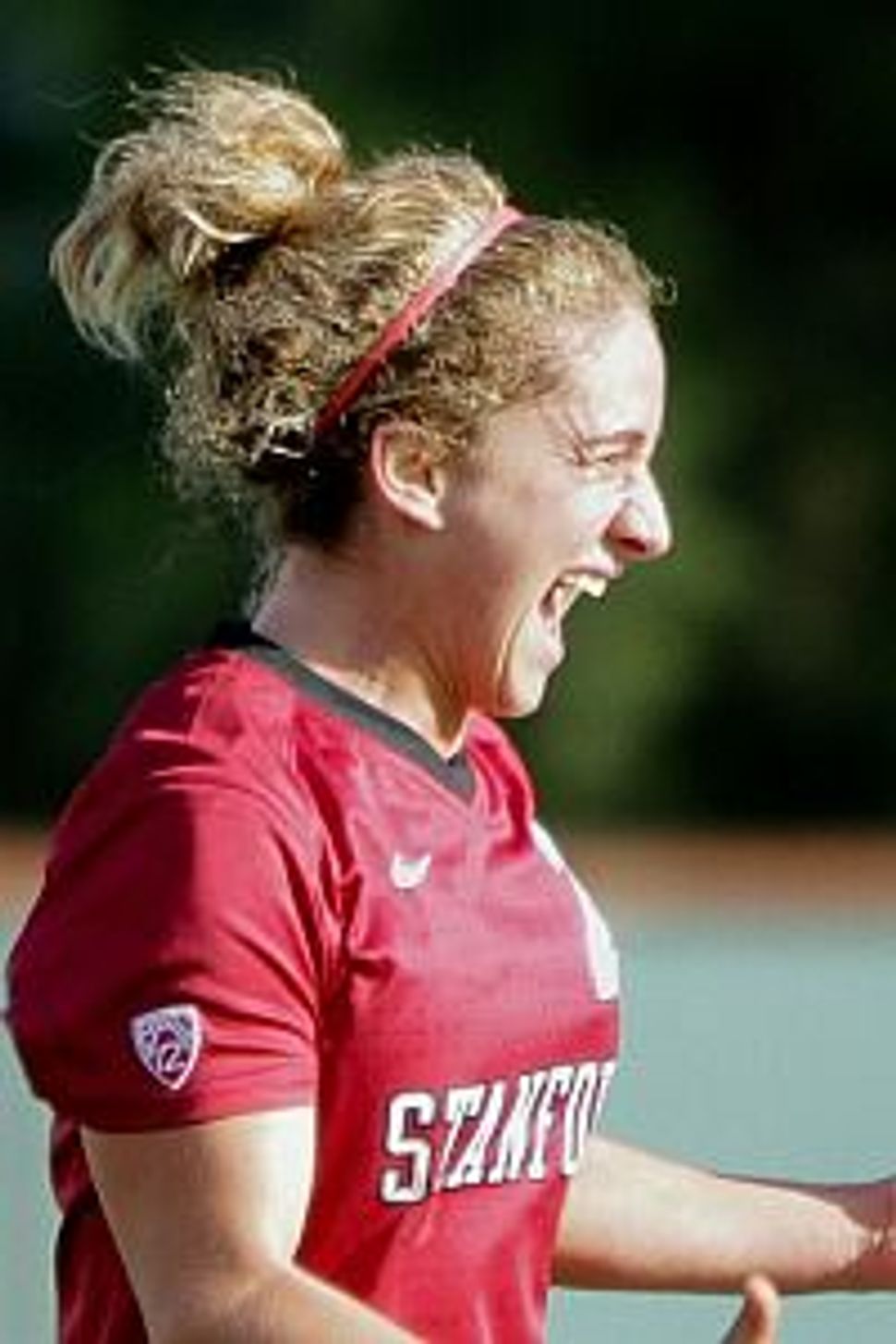 Stanford’s women’s soccer team won its first NCAA championship on Sunday, and senior Camille Levin was instrumental in making it happen. “Levin had one of the strongest games of her career and was arguably the best player on the field today for either side,” wrote Joseph Beyda in the New York Times.

The 1-0 win over Duke was an emotional moment for the Stanford squad, which had reached the Final Four for four years straight, but had never before come home with the College Cup.

Levin, a 5’3” blonde, hails from Newport Coast, Calif., and is the oldest of the three children of Desmond and Diane Levin. She graduated from the Tarbut V’Torah Community Day School in Irvine, Calif. While a student there, she excelled in the sport as an NSCAA All-America pick in 2006 and 2007, and was a member of the Cal-South Olympic Development Program ‘90 state team that took the ODP national championship in 2006 and won three regional titles, among other accomplishments.

At Stanford, she has been a strong and versatile member of the team, playing outside back, central midfield, and forward. Stanford’s women’s soccer website describes her as “perhaps the team’s best tackler, a competitive player, and a strong finisher.” While at Stanford, where she has been on the team since her freshman year, she also played for the United States’ under-20 national team on a two-match tour against Germany in June 2009.

Now, the focused psychology major will be graduating with an NCAA championship under her belt. “We didn’t think about any other game this year, it was about this game. We knew we had to come out and keep possession and play our game,” she said.