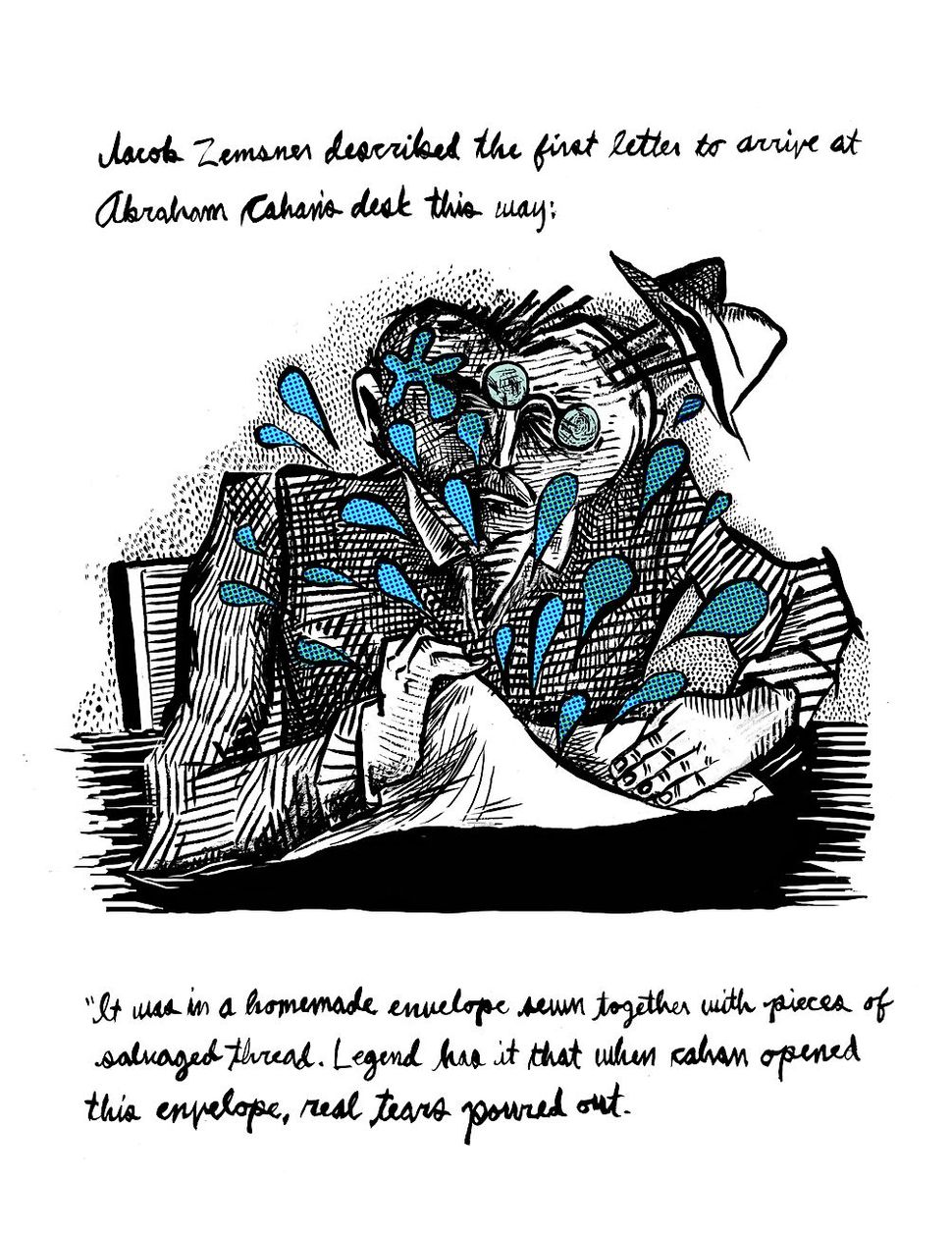 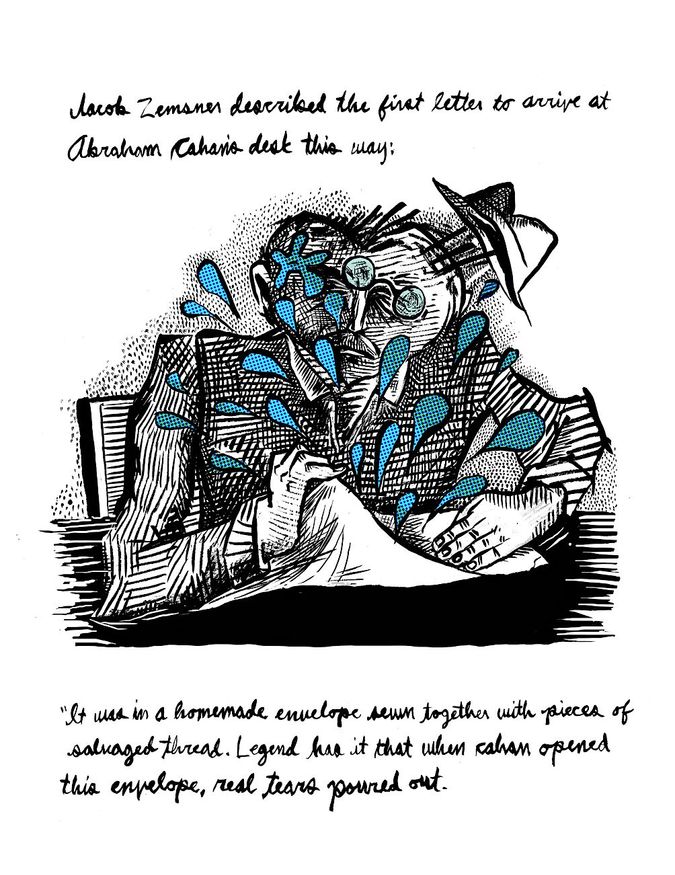 I keep a collection in my head of the names of stories, movies, pictures that seem perfect to me. They all have a certain feel to them.

What do these things have in common? A certain magic. I think it’s that they are all miniatures, stories glimpsed through a keyhole. I think comics are miniatures, too.

For this story about Nasye Frug, I borrowed the butterfly (not introduced in this page) from “The Artist of the Beautiful,” aspects of the garden from “The Black Monk,” the marriage from “Charulata,” and the observant girl character from “Alice in Wonderland.”

I think Nasye was the most ambitious of the stories I made for this project. I’ve had to do it over a few times to simplify it. I do my first drafts painstakingly, with a lot of different types of pens and white-out. Then I scan the pictures into the computer and change them around a lot in photoshop. I make later drafts by printing out the first draft drawings, and tracing them quickly on a light table. These later drafts are a lot of fun because I know what I’m doing and am confident enough to improvise. The first drafts are stressful.

This is a page from the 10th and last story. A girl, much like Nasye, is wrestling with the angel of death, a cartoon, after having lost her fiance in the Triangle Shirtwaist Fire. This story was influenced by a comic I looked at but didn’t read by Racheli Rottner called “The Other Side of the World.” I like when more or less realistic characters interact with imaginary ones. I think comics are the best medium for treating fantasy as reality. Because they’re so simple, and drawing in different styles on one page is like having a conversation in your head with imaginary friends, different versions of yourself.

People I’ve spoken to about the Bintel Brief agree that Abraham Cahan wrote some of the letters himself. The connective tissue of my comic, the part of the book I’m still working on, will revolve around this mystery. It will be very loose and light and I’m nervous about making it come out just right, which is why I’ve saved this part of the book for last. I hope it will leaven the stories somehow. Anyway, fun fact about this narrative: Whenever any character sets out to do something (Abraham Cahan sets out to help the woman whose watch was stolen, I set out to learn about my culture and heritage) he or she will wake up, disoriented, in his or her bed.

Liana Finck’s Bintel Brief comic is being made with help from the [Six Points Fellowship][3] for emerging Jewish artists, a partnership between Avoda Arts, JDub Records and the Foundation for Jewish Culture. The comic is being serialized in the Forward newspaper.