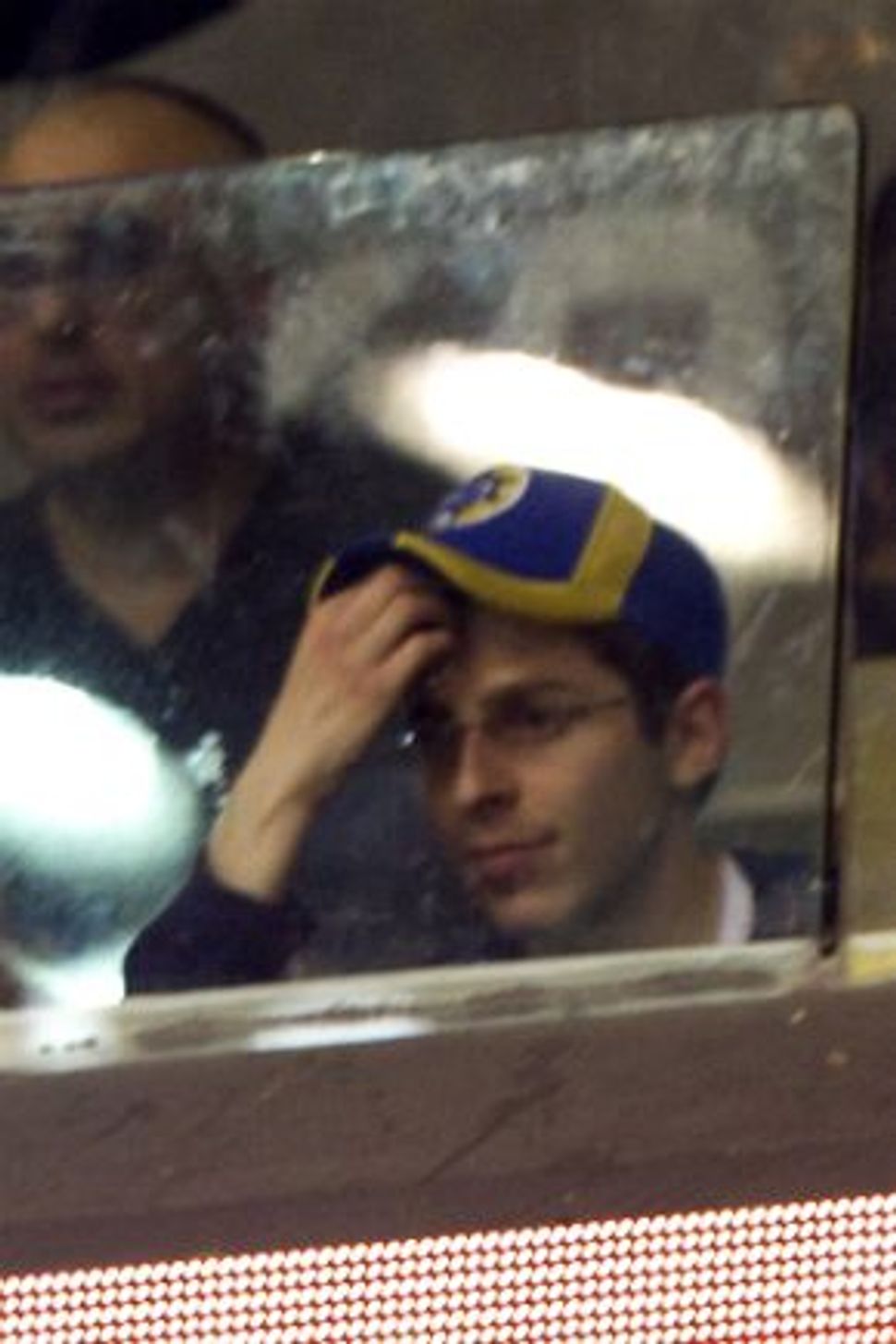 Going to a basketball game isn’t headline-making news — unless you’re Gilad Shalit, and the game is one of your first public outings after more than five years in Hamas captivity.

Israel’s most famous ex-prisoner returned to the local news in a big way last night after arriving in person to watch his favorite pro basketball team, Maccabi Tel Aviv, take on FC Barcelona Regal. Israelis have closely followed Shalit’s progress since he was released in an October prisoner swap, with the 25-year-old at one point causing controversy simply by going to the beach.

A serious sports fan, Shalit now has a special relationship with Maccabi: While he was trapped in Gaza, the team allowed the soldier’s family to use games to draw attention to his plight. The team invited him to a game soon after his return to Israel, but the famous fan decided to wait until yesterday to attend.

Arriving with friends from Mitzpeh Hilla, the moshav where he lives with his family, Shalit did his part to keep a low profile — but became the source of unwanted attention after photographers scuffled while attempting to take his picture.

Maccabi lost 71-55, but the squad’s coach, David Blatt, said he “was happy Shalit was here,” and promised that “in the future, we will win for him.”