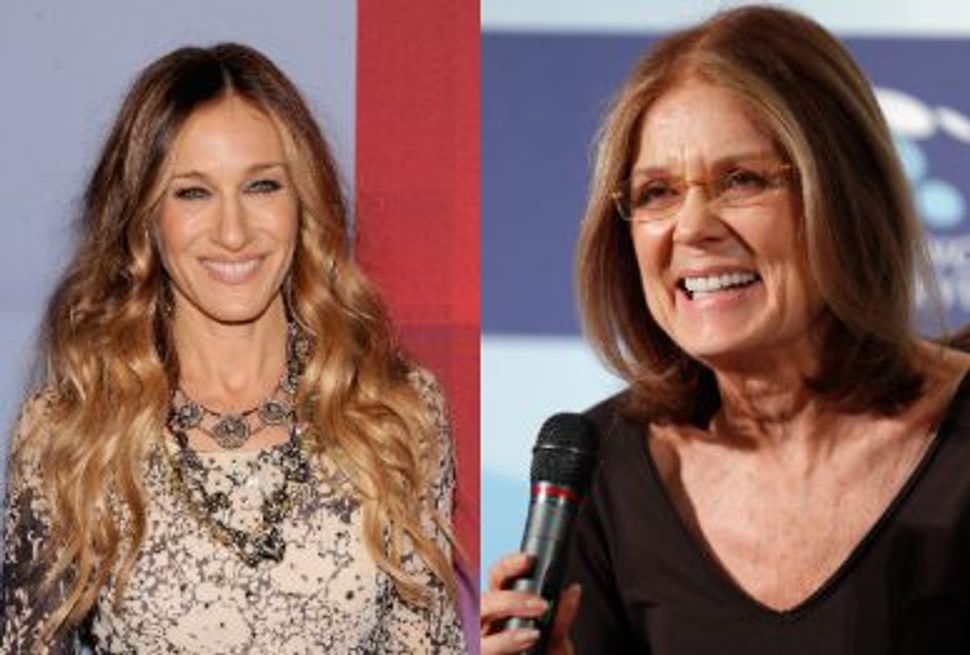 Not long after we heard that Demi Moore had dropped out of the role as Gloria Steinem in the upcoming Linda Lovelace biopic, word came that Sarah Jessica Parker would be replacing her.

Besides, this might be a case of casting to type. Sure, both Demi and Parker sport that Steinem- like middle-parted long hair look, but only the latter is, like Steinem, actually Jewish. (Being a Kabbalah Center devotee is not quite the same thing).