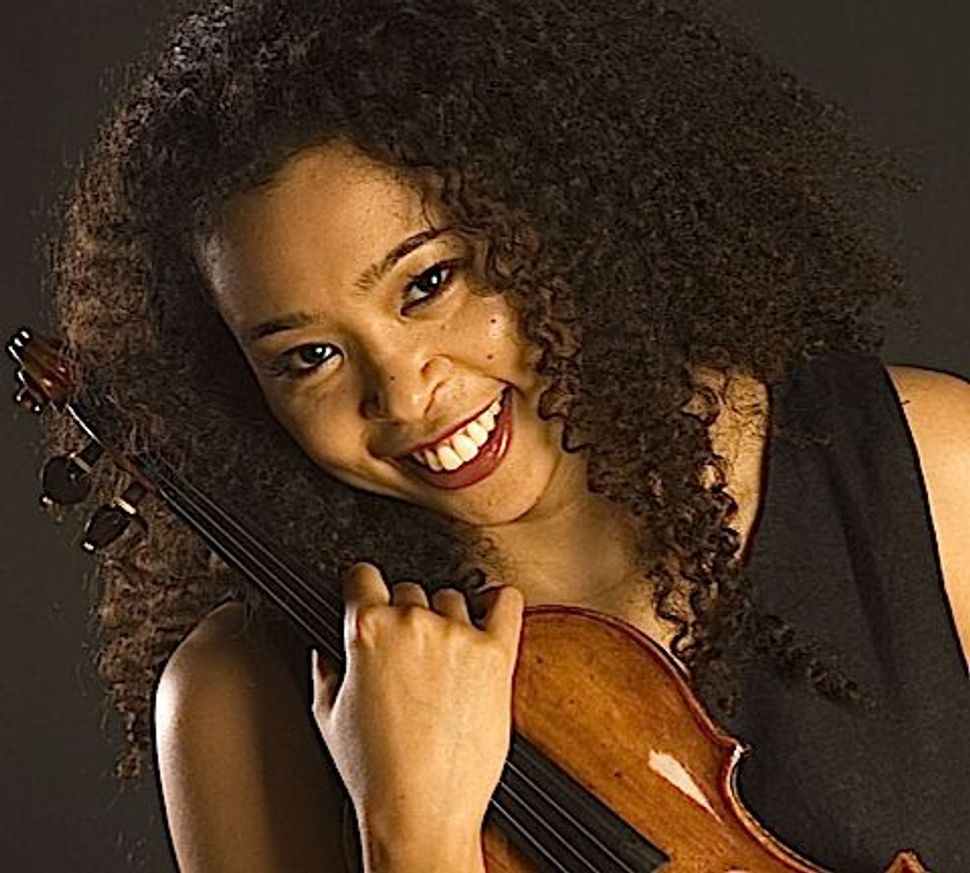 Then it’s back to Bargemusic on February 18 for another meeting of the minds, with some of the late keyboard dazzler Earl Wild’s “Seven Virtuoso Études on Popular Songs,” after George Gershwin. Played by Olga Vinokur, the “Études” will be complemented by Gershwin’s own “Rhapsody In Blue.”

Dialoguing across the centuries may be witnessed on February 22 at Alice Tully Hall when the UK’s premier Jewish composer/conductor Thomas Adès directs the Britten Sinfonia in his own “Three Studies After [17th century composer] Couperin” as well as his arrangement of the same Frenchman’s keyboard work “Les barricades mistérieuses,” and Adès’s “Violin Concerto (Concentric Paths)” with soloist Pekka Kuusisto.

Israeli composer Gilad Cohen offers an unexpectedly harmonious colloquy in his Stravinsky-influenced “Quintet for Bass Guitar and Strings,” at Bargemusic on February 23 played by FLUX Quartet with Logan Coale on acoustic and electric bass.

An emotive monologue is featured at Carnegie Hall on February 23 when The Berlin Philharmonic and Simon Rattle perform Arnold Schoenberg’s passionate “Transfigured Night.” Then confabulation resumes on February 25 at Zankel Hall when pianists András Schiff and Dénes Várjon play ludic selections from Játékok by Hungarian Jewish composer György Kurtág, which the latter originally performed with his wife Márta.

Finally, at Town Hall on March 18 The Kalichstein-Laredo-Robinson Trio play “Inventions on a Marriage” by Richard Danielpour, an American composer of Persian Jewish ancestry, depicting the “bond of marriage and long-term relationships.” Virtuoso violist Nokuthula Ngwenyama joins the trio in Brahms’ Piano Quartet in G minor as a bonus, and it’s enough to make listeners cancel any sonic pre-nuptial agreement in the spirit of trusting musical dialogue.

Listen to part of Gilad Cohen’s Quintet for Bass Guitar and Strings performed in 2008.

And watch part of Schoenberg’s Transfigured Night played by an ensemble led by violinist Zoya Tsvetkova in Boston in 2010.