Madonna Fans To Bibi: Hold Off On Iran Strike 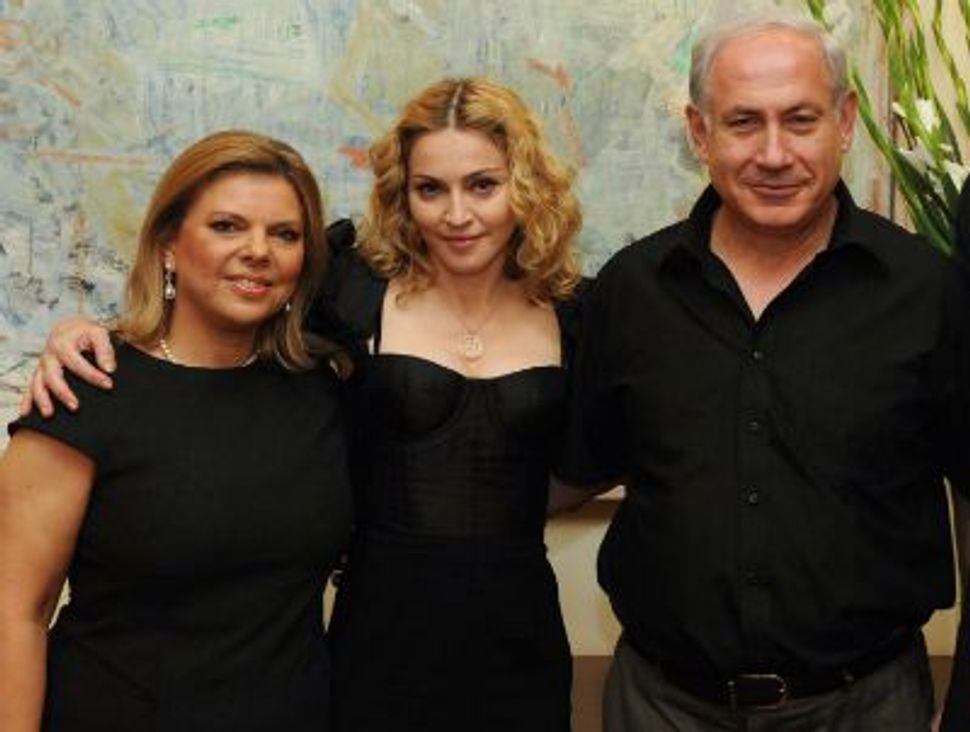 Madonna’s upcoming concert in Tel Aviv, or the Iranian nuclear crisis: Which is more important? The answer is obvious to some of the Queen of Pop’s Israeli fans.

Confident that they have their priorities straight and that their cause is just, Madonna fans are pleading with Prime Minister Benjamin Netanyahu to hold off on striking Iran until after the singer’s concert has taken place at the Ramat Gan Stadium on May 29. And just like any other protest group, they have set up a Facebook page — this one replete with a photo of Bibi posing with Madge, likely taken on one of her recent visits to the Holy Land). It’s called, “Bibi, No War with Iran until after Madonna’s performance on May 29.” Not too snappy a title, but they do get their point across.

There has been no word as to whether the prime minister will give in to the fans’ request. It would be nice if the only attack that we knew was coming was a possible appearance by Netanyahu on stage with the singer. That is probably the only kind of bombing by Bibi that everyone would be okay with in this tense time.

Madonna Fans To Bibi: Hold Off On Iran Strike