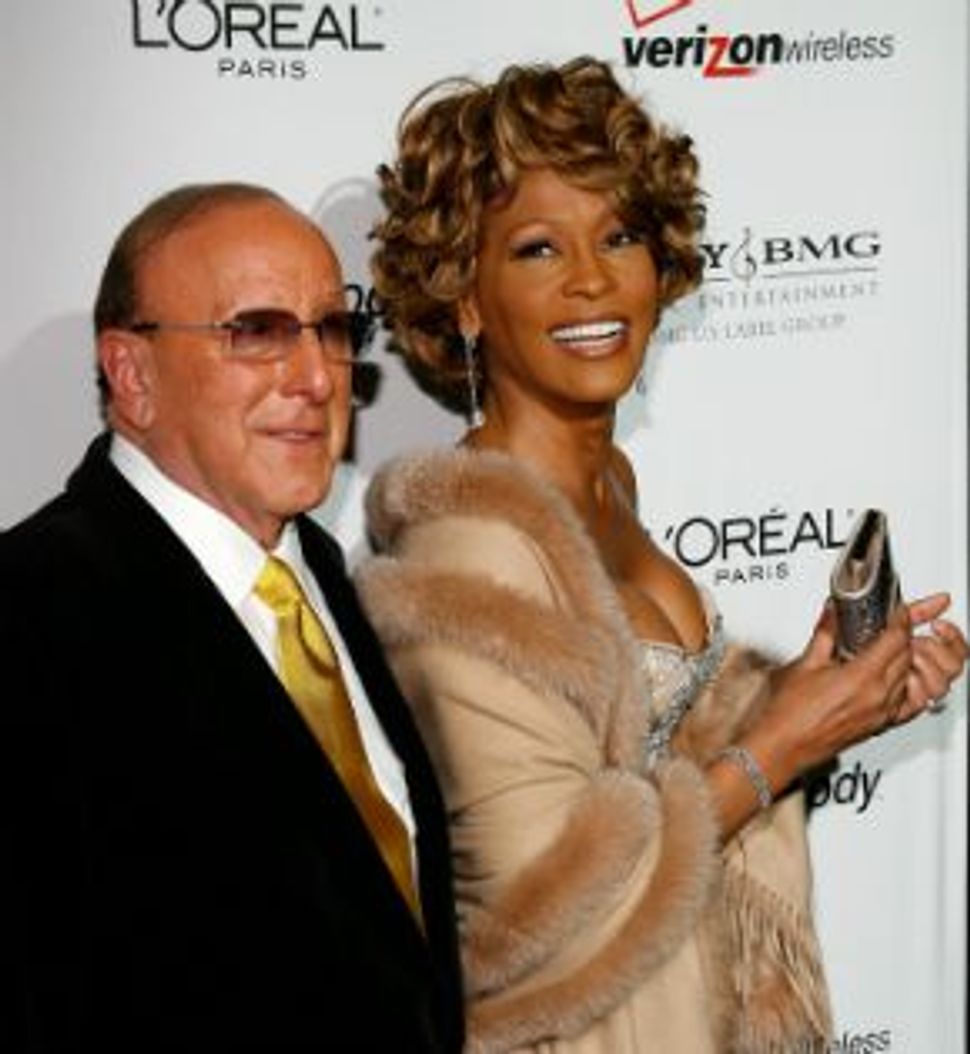 “There ain’t no party like a Clive Davis party,” said Sean “Diddy” Combs at Clive Davis’s pre-Grammy party this past Saturday night at the Beverly Hilton Hotel in Los Angeles. And there certainly has not been one like Saturday’s in all the years since Davis began hosting these events in 1976. This year’s festivities were marred by the death of Whitney Houston, which had taken place at the hotel just hours before.

Despite news of Houston’s passing, Davis nonetheless decided to hold the party as planned. Rumors were circulating that Davis had either cancelled the event or had chosen not to attend. MTV reported that these were not true, and that the legendary producer and music executive had decided to go on with the gala at the urging of Houston’s family.

Davis eulogized Houston, whom he considered his greatest discovery (he signed Houston to the Arista label in the early 1980s) and a close friend. “By now, sadly, we’ve all learned of the unspeakable [tragedy] of our beloved Whitney’s passing,” he said. “I don’t have to mask my emotions, not in front of this room filled with so many dear friends. I am personally devastated. Whitney was so full of life … she was a beautiful person with talent beyond compare. She graced the stage with a regal presence … and her family asked that the show go on.” Davis, who was reportedly visibly shaken, asked attendees to observe with him a minute of silence in Houston’s memory.

Most of the singers scheduled to perform, including Tony Bennett, did go on with the show. All of them paid tribute to Houston before beginning their sets. However, Brandy and Monica, both protégées of Houston, were too upset by the news of their mentor’s passing to take the stage.