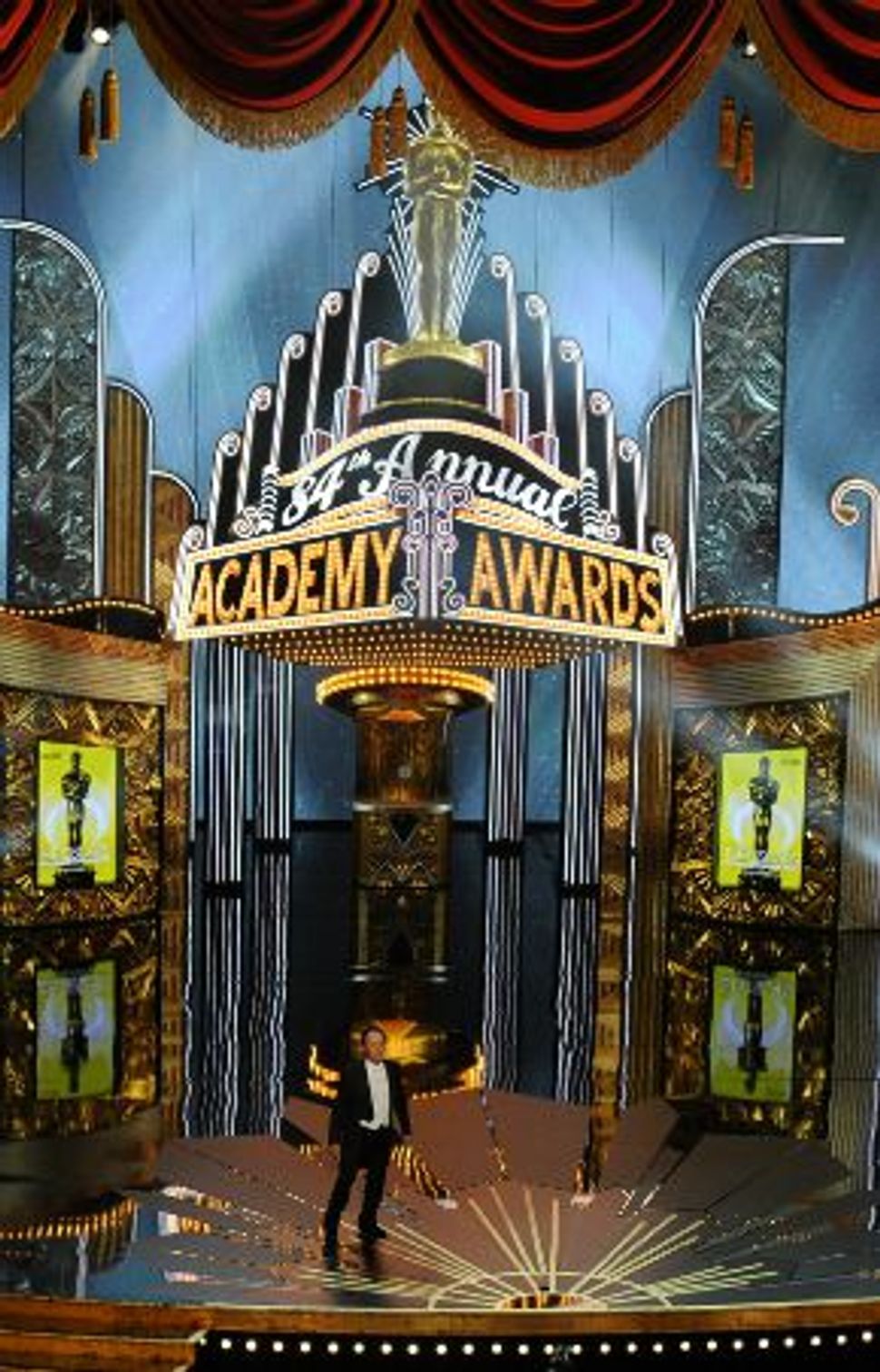 Oscar night has come and gone, and now the real fun begins. With the glitzy spectacle fresh in our minds, this is the time to dissect, analyze, and discuss. Best and worst dressed? Start with our red-carpet photo slideshow. Which victories were well deserved? Who should’ve won but went home empty handed? Check out our list of historic wins to see how this year’s nominees measure up against the greatest Oscar winners of all time.

Veteran host Billy Crystal took to the Oscar stage following an eight year absence and, after an opening riff on his reluctance to be there, he worked hard to make us wish he’d never left. He sang, he danced, he kissed George Clooney, he delivered a few tired old lines about the aging television audience, and he even trotted out an explicitly Jewish joke or two. “I love ‘Midnight in Paris,’ that rich romantic style,” Crystal sang in his opening musical number. “Owen Wilson was so great as Woody the Gentile.”

Beyond the usual nostalgia for the glamor of old Hollywood, this year’s presentation also carried a not-too-subtle message about the merits of big-screen movies in a Netflix and iPad era. This fusty anxiety aside, though, the ceremony was far from short on grandeur. With puppets (Kermit and Miss Piggy, promoting “The Muppets”) and acrobats (thanks to a breathtaking display by Cirque du Soleil performers), Crystal quipped, the show was “just a pony away from being a bar mitzvah.” Groan.

Woody Allen won Best Original Screenplay for “Midnight in Paris” but, true to form, didn’t show up to accept the award.

Jonah Hill didn’t win Best Actor in a Supporting Role for “Moneyball” — that honor went to Christopher Plummer for “Beginners” — but he did garner an impressive number of high profile Oscar night shout-outs. In his opening musical number, Billy Crystal called attention to Hill’s recent weight loss, rhyming “Brad is a manager caught in a riddle” with “Jonah Hill used to have more to his middle.” Jason Segel said on the red carpet that he was hoping for Hill to win. And Emma Stone tried to get him to dance with her in celebration of her first time presenting an award onstage. (Ben Stiller, Stone’s co-presenter for the Best Visual Effects award, had the unenviable task of playing straight man to her mostly unfunny shtick.) Add to all this the fact that Hill chose his mom as his date for the evening — let’s all “aww” together now — and Hill emerges as something of a crowd favorite.

Gwyneth Paltrow, elegant in an all-white gown with matching cape, kept her poise as she and Robert Downey Jr. carried out some well-rehearsed hijinks leading up to the presentation of the award for Best Documentary Feature.

Four-time Academy Award winner Steven Spielberg, nominated this year for directing “War Horse,” was edged out by Michel Hazanavicius for “The Artist.” Better luck next time.

As promised, Sacha Baron Cohen turned up dressed as General Aladeen, his character from “The Dictator.” Flanked by two stern-looking beauties in form-fitting guard uniforms, he also dumped an urn full of the (obviously fake) ashes of Kim Jong Il onto Ryan Seacrest. Funny gal Tina Fey was later seen genuflecting to the ersatz remains on the red carpet.

Baron Cohen, appearing as himself this time, also made it into a series of short clips shown throughout the evening of prominent stars talking about what they love about the movies. Other Jewish celebs asked to share their thoughts included Ben Stiller, Adam Sandler, Seth Rogen and beloved two-time Academy Award winner Barbra Streisand.

“Footnote” didn’t become the first Israeli film to win the Oscar for Best Foreign Language film, but the filmmakers had plenty to celebrate anyway. In another first, Iran’s “A Separation” took home the coveted Foreign Language honor.

Natalie Portman, last year’s winner for Best Actress in a Leading Role, expertly delivered a series of miniature tributes to this year’s Best Actor nominees before presenting the award to Frenchman Jean Dujardin for “The Artist.”

Elizabeth Taylor got top billing in the Academy’s annual tribute to the film greats who have died during the past year. This year’s “In Memorium” montage was accompanied by Esperanza Spalding’s moving performance of “What a Wonderful World.”