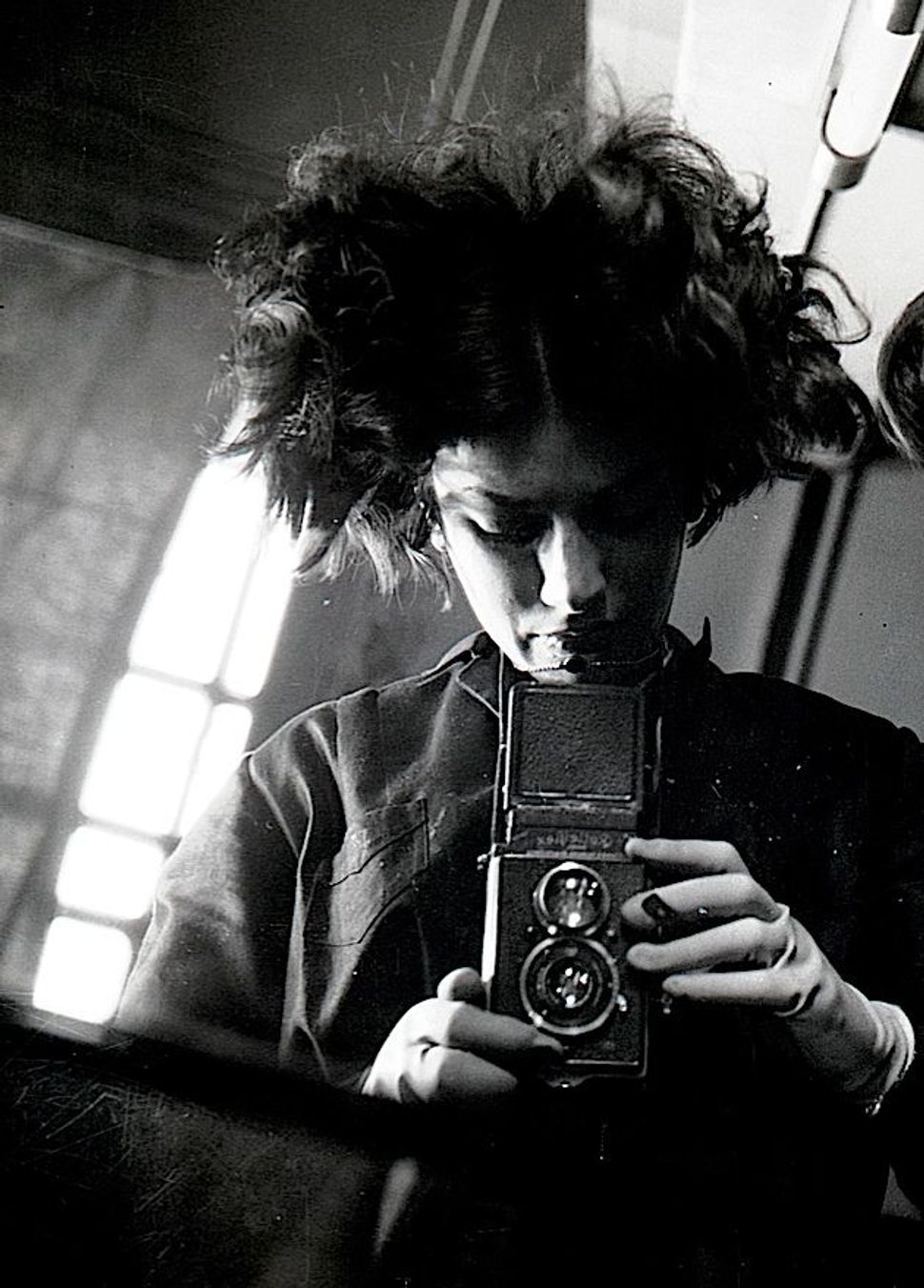 The Hungarian Jewish photographer Eva Besnyö (1910-2003) deserves an honored place beside her more widely celebrated compatriots Robert Capa and André Kertész. A Berlin exhibit honoring her, Eva Besnyö: Budapest – Berlin – Amsterdam, closed on February 27, but a dazzling catalog with texts in German and English was published in March by Hirmer Verlag.

Creator of vigorously sensual images with an art-deco sheen, showing 1930s folk enjoying themselves, the Budapest-born Besnyö lived and worked for most of her life in Holland. There she soon became aware of the threat of rising European Fascism. She participated in “Olympics under Dictatorship, ” a 1936 Dutch art exhibition protesting Hitler’s Berlin Olympic Games. Along with lusciously lit scenes of city life, among Besnyö’s most striking images are a series of portraits redolent with Yiddishkeit.

She applied Hollywood lighting to such performers as the German Jewish cabaret artiste and film actress Dora Gerson (1899-1943), who would be murdered at Auschwitz. Gerson, shown in monumental frontality and also in a sassy Lotte Lenya-esque pose with cigarette jammed into her mouth, was the ex-wife of notorious Nazi filmmaker Veit Harlan, who a decade after they split would direct the anti-Semitic Nazi propaganda film “Jud Süss” on commission from Nazi Propaganda Minister Josef Goebbels.

A frailer, less raucously assertive performer also photographed by Besnyö was the mime Chaja Goldstein (1908-1999), who would offer dance performances dressed as a Yeshiva boy and other tenderly wistful role-playing. Goldstein survived the Westerbork prison camp in Holland, as described in such memoirs as Philip Mechanicus’s “Year of Fear: A Jewish prisoner waits for Auschwitz” and Etty Hillesum’s “Letters from Westerbork”.

Herself surviving the war by hiding in rural Holland, Besnyö would return to photography only after some decades’ interruption, during which she raised a family. The new volume from Hirmer Verlag reproduces a captivating 1974 image of Dutch feminists waving and yelling through the barred window of a paddy wagon as they are hauled away from a street protest by police. These were members of the Dolle Mina movement, a name which means “Crazy Mina” in affectionate tribute to the Dutch women’s rights pioneer Wilhelmina Drucker. Like Besnyö’s 1930s subjects such as Goldstein and Gerson, these 1970s women would be subjected to the humiliation of arrest and imprisonment, without losing their courageous spirit and inner vibrancy. Ultimately, Besnyö’s art conveys a triumphant humanistic message in the face of 20th century historical horrors.