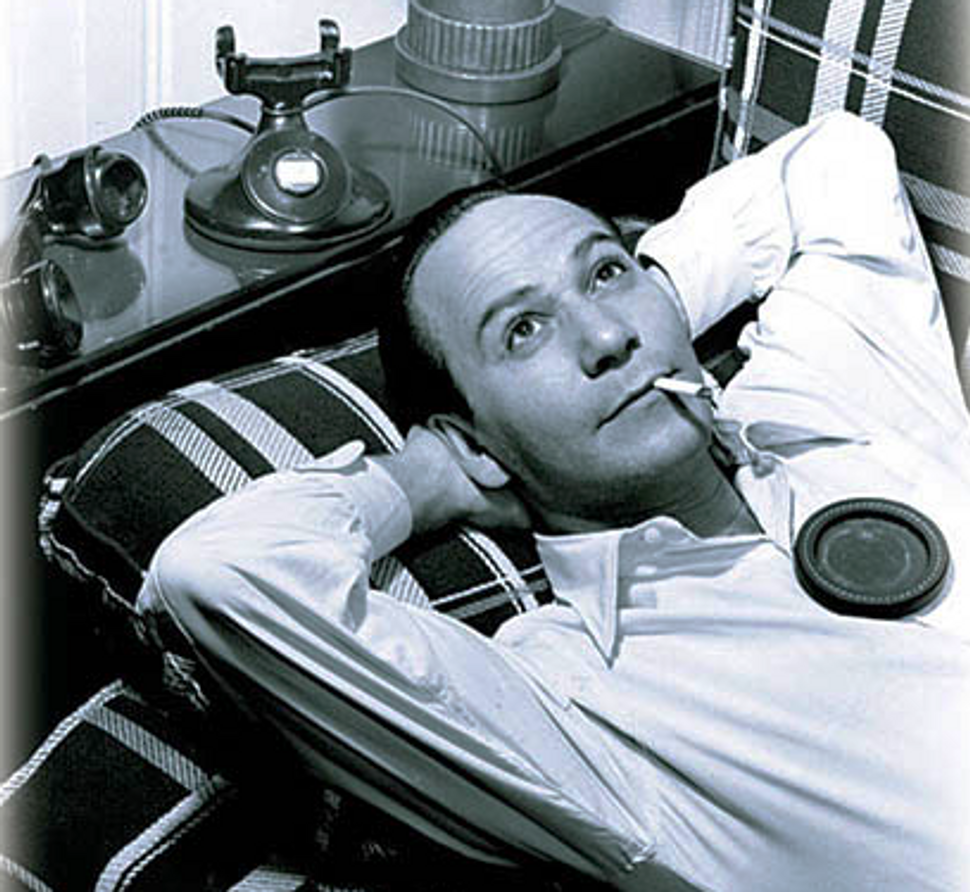 On March 26, a day after the premiere of the new season of “Mad Men,” a group of New Yorkers packed into Lincoln Center’s Avery Fisher hall to soak up another dose of mid-century nostalgia: the New York Philharmonic’s spring gala program “Anywhere I Wander: The Frank Loesser Songbook,” featuring the works of the Jewish composer and lyricist who reigned during the glitzy heyday of the American musical comedy. 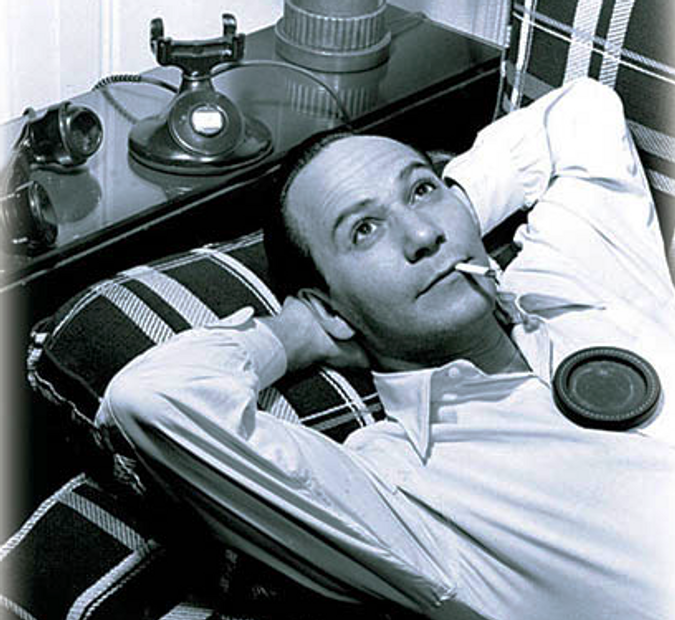 It was Marvin Hamlisch who wrote that “everyone is beautiful at the ballet” — no one, to my knowledge, has ever claimed the same about the philharmonic — and yet on this chilly spring evening an air of old-fashioned glamour wafted through the hall. Women wore furs; champagne was sipped. As the orchestra noodled onstage, the trumpeter practicing not a tough lick from Tchaikovsky but rather the swelling, love-struck strains of Loesser’s “Rosemary,” something like titillation rippled through the crowd.

I suspect that certain people like hearing the Philharmonic — in this case led by Ted Sterling with a lineup of Broadway veterans and opera superstar Bryn Terfel — play this sort of thing more than they care to admit. Broadway tunes are what orchestras trot out for outdoor picnics and the pops concerts that make classical music purists wince, and yet it’s significant that the Philharmonic has chosen to feature musical theater composers (Loesser this year, Stephen Sondheim the past two) when the goal is to delight its most generous patrons, who are ostensibly devotees of more serious fare.

Robert Morse, whose remarks kicked off the concert, made the “Mad Men” link explicit. In 1961 he premiered the role of J. Pierrepont Finch, the entry-level striver in Loesser’s “How To Succeed in Business Without Really Trying”; now he plays top dog in the hit period drama, which is essentially a meticulous reconstruction of the very same office culture that Loesser spoofed 50 years ago. Later in the night, the 80-year-old Morse gamely muddled through a sentimental encore of “I Believe in You,” J. Pierrepont’s ode to youthful hubris, a performance that might have successfully tugged at the heartstrings if not for a microphone malfunction.

Some segment of the audience no doubt came just to hear Bryn Terfel sing familiar songs in English, and he delivered, bringing a surprising degree of emotional commitment to “Rosabella,” a selection from “The Most Happy Fella” that requires the performer to deliver an earnest and forthright proclamation of love in a phony Italian accent. (“Omma scared to look in you eye / And shake-a da hand hello.”) A powerful duet with Victoria Clark, “My Heart Is So Full of You,” was also one of the highlights of the night. Clark’s rendition of “If I Were a Bell,” Loesser’s celebration of the role of alcohol in attraction, on the other hand, was a bit sober for my taste.

The real show-stealer was Mary Testa, who perfectly embodied the worldly-wise, loveable-but-unlovely gal that appears so often in Loesser’s work. She hobbled and kvetched in “Ooh! My Feet!” and delivered a soulful “What Are You Doing New Year’s Eve” before really letting loose in “Adelaide’s Lament,” Loesser’s cautionary tale about what happens to women whose fiancées take too long to seal the deal: “In other words, just from waiting around for that plain little band of gold / A person can develop a cold.” Sondheim has written that Loesser was among a very few lyricists who were actually funny, and Testa drew genuine laughs with her wailing delivery of his fiendish lines: “You can feed her all day with the vitamin A and the bromofizz / But the medicine never gets anywhere near where the trouble is.”

Adelaide is a burlesque performer, and hearing the orchestra’s brass section let their hair down and blast the music from “Take Back Your Mink,” her great, angry striptease of a break-up anthem, was a thrill unto itself. Even Loesser’s less explicit pieces thrum with a sexual energy that is a relic of another time. Cole Porter, songsmith of the ‘30s and ‘40s, gave us elaborate innuendoes and bitterly ironic asides; “Mad Men” encourages us to dream about how bosses and secretaries in 1960s offices spent certain boozy afternoons. But Loesser’s take isn’t as gloomy as that: His work offers a cheery acknowledgement that sex exists — and that some people think about it all the time.

What does all of this say about Loesser as a man? Anecdotes sprinkled throughout the performance provided a wealth of trivia: We learned that Loesser originally wrote “Once in Love With Amy” for the girl who brought him coffee every day, and that his first bit of advice to a young Sondheim was to find a good lawyer. Deeper issues, like Loesser’s complicated relationship to Judaism and to his parents, secular German Jews whose real religion was high culture, were not explored. Characters like Nathan Detroit — Lower East Side hustlers who bandied about Yinglish terms like “nogoodnik” — were not plucked from Loesser’s childhood milieu; he sought them out, probably to the horror of his family, later in life.

If Loesser comes off as one-dimensional it might be because his widow, the onetime “Most Happy Fella” actress who controls his estate, wants it that way. When it was her turn on stage at the Philharmonic, Jo Sullivan Loesser, spry and petite, bounced around the podium, sang “Spring Will Be a Little Late This Year” and told stories about Loesser drinking martinis at 8:30 in the morning. The effect was to crystalize our image of him as a party animal with a heart of gold; a charmer with a little naughty streak. One wonders whether his first wife, Lynn, for whom he wrote “Baby, It’s Cold Outside,” would have remembered those early-morning martinis differently.

The concert’s finale was a madcap ensemble arrangement of that very hit featuring, among other things, Marc Kudisch impersonating Ricardo Montalban, who sang the song in the 1944 film “Neptune’s Daughter.” Jason Danieley and Mary Testa upstaged him by performing another verse of the song with the gender roles reversed, and then Jo Sullivan Loesser bounded back for the last word, with a male quartet acting as her back-up singers. This, for all I know, was just the sort of showy one-upmanship that Loesser might have enjoyed.