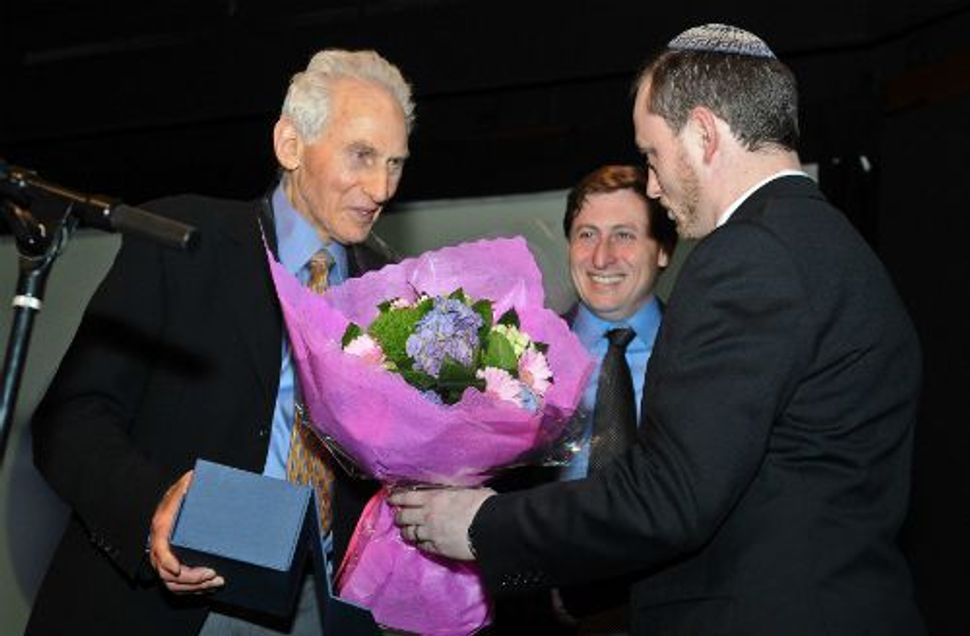 Jewish philanthropist Harold Grinspoon, a real estate entrepreneur and founder of the PJ Library program, was honored May 29 at the by the Council of Jewish Émigré Community Organizations for his commitment to the Russian-speaking Jewish community. The event, entitled “Building the Future,” marked COJECO’s 10th anniversary and took place at The Museum of Jewish Heritage in New York City.

Grinspoon, 82, founded the Harold Grinspoon Foundation in 1993 to promote Jewish life among young people, adults and families in western Massachusetts, North America and Israel. The Institute for Jewish Philanthropy, a program of that foundation, has catalyzed 85 Jewish overnight camps to raise more than $70 million dollars with matching grants and consultation.

Grinspoon and his wife, Diane Troderman, are the creators of a micro-finance program for women in Russia. They have also been active philanthropists in the Russian Jewish community through organizations such as Project Kesher, the Jewish Community Development Fund, Hillel and the American Jewish Joint Distribution Committee (JDC). It is for this work that Grinspoon was presented with the COJECO award.