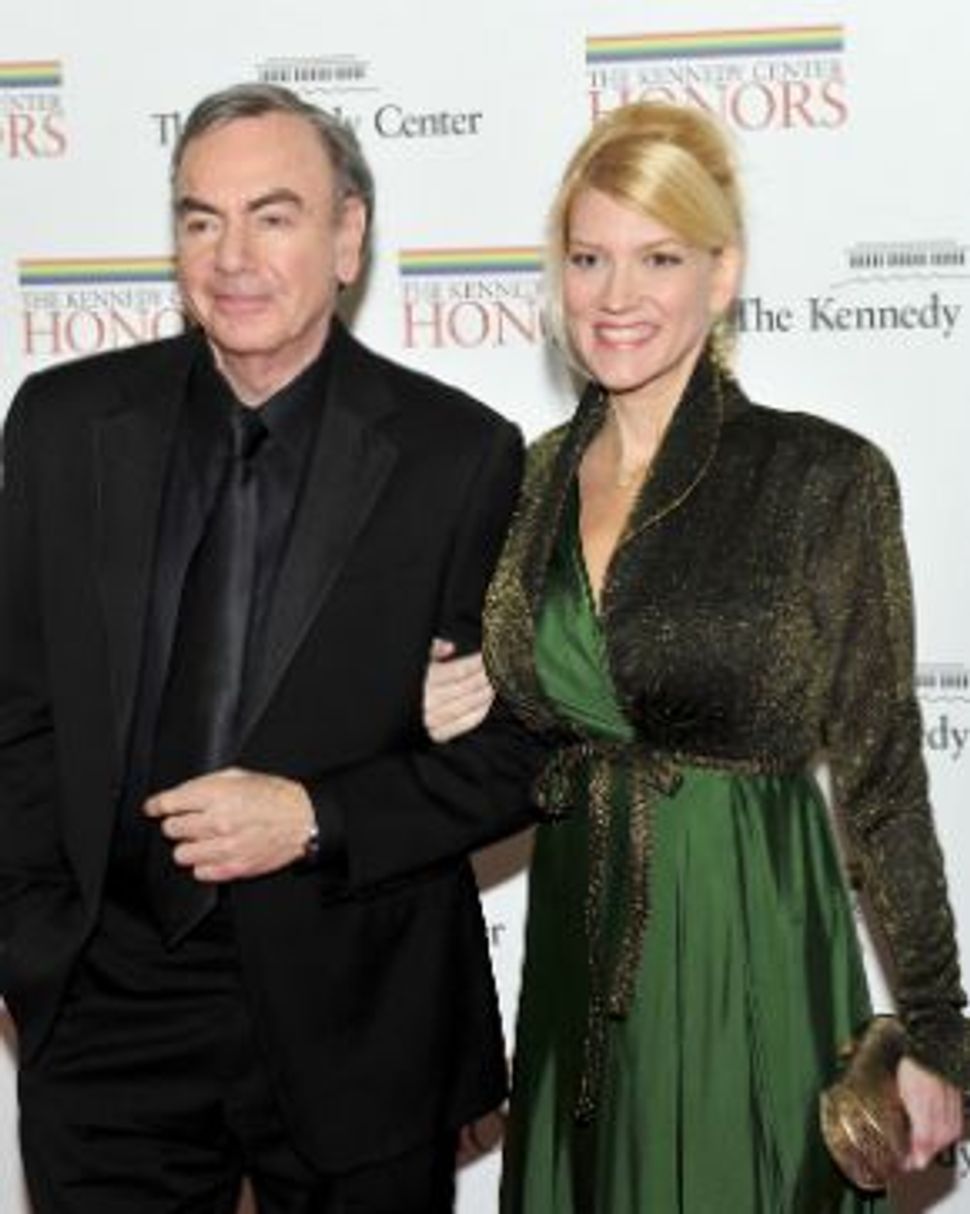 Neil McNeil?: The happy couple in 2011. Image by Getty Images

Diamond, 71, confirmed the marriage in a tweet yesterday: “Katie and I got married last night, we wish you all could’ve been there. It was magical!” He signed the message, “Love, Neil.” No word on whether the couple opted for Jewish nuptial rituals.

According to the Washington Post, Kennedy Center honoree Diamond announced his engagement last September on Twitter. “Good news coming from sunny LA/ and you’re the first I want to tell/ Katie & I just got engaged/ and I hope you wish us well,” he rhymed at the time. Diamond added that he was “lovestruck.”

If you’re worried about how Diamond will support himself and his new bride, fret not. This summer, the singer-songwriter will embark on a world tour with ticket prices topping out at $695 for a “Front Row VIP Package” including an “exclusive pre-show reception”, “crowd-free merchandise shopping”, and a parking space.