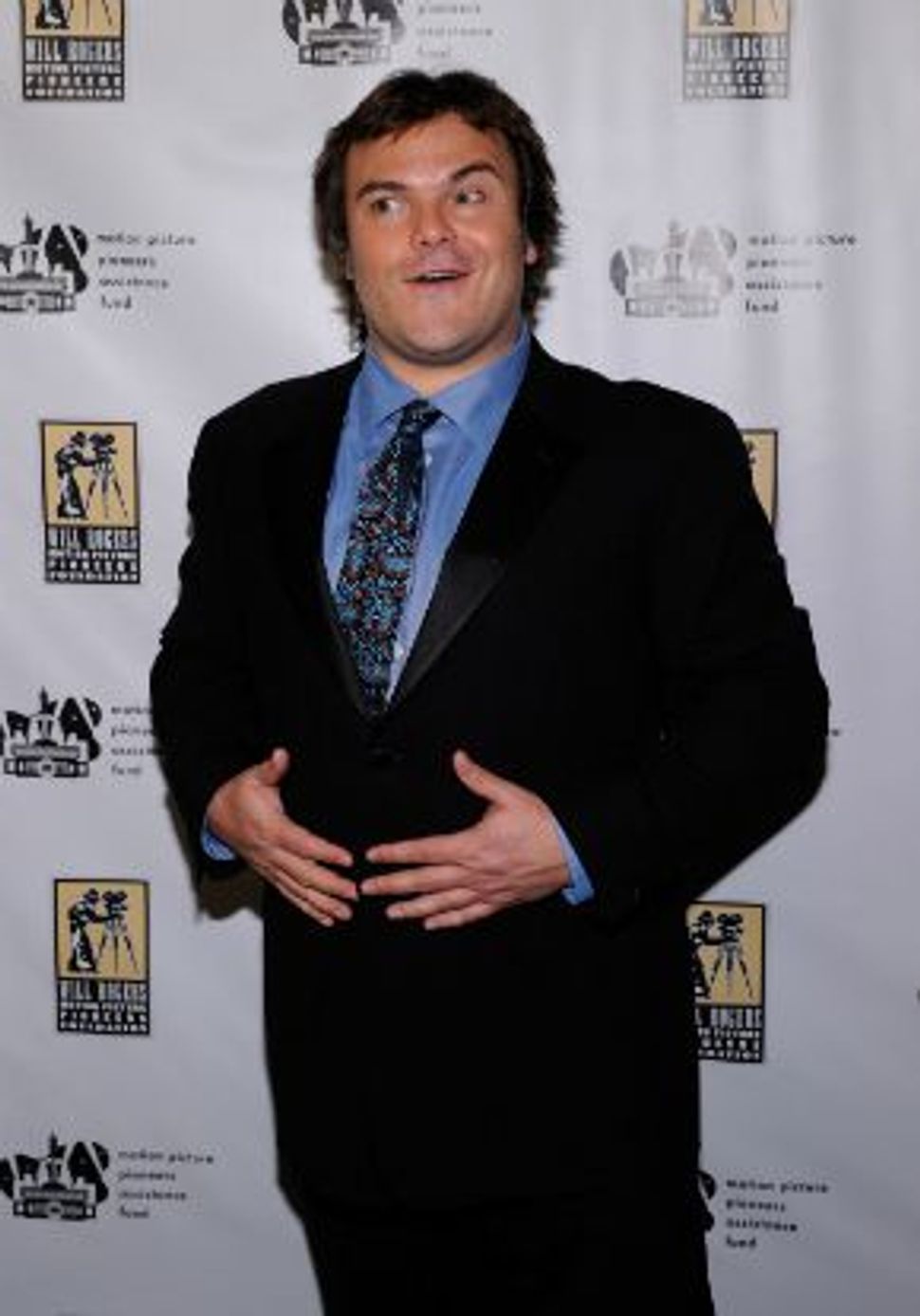 Like so many parents these days, comedic actor and musician Jack Black is having a lot of stress about getting his kids into a good school. Last week, he told Conan O’Brien that he recently resorted to some desperate measures — well, at least desperate Jewish word dropping — to impress the admissions people at a local Jewish day school (he said “Hebrew school,” but from the context, it sounded like he was not talking about an afternoon school).

Asserting his right to “take my kids there,” even though he’s an atheist (“I’m technically a Jew, you know. And my wife is too.”), Black admitted to the talk show host that he was feeling pressure. So, Jack Black being Jack Black, he “put on a bit of a show.”

Said show included mention of the High Holidays and the throwing around of some Passover-related words. A little overly zealous with the guttural sounds in his Hebrew pronunciation, he called the Haggadah the “chaggadah.” He admitted it was “shameful” that he resorted to enthusiastically singing the Chad Gadya song (which Black correctly noted is the final song in the Haggadah) for the interviewers, and that as he and his wife were leaving, the other parents present gave him dirty looks.

It turns out that, although the funny man was just trying to play up how into Jewish practice he is, Chad Gadya is actually a song Black really likes. He told Conan he thinks of it as “the original heavy metal song.” Black correctly recounted the content of the song in detail to the host and told him that he was obsessed with the pictures of the Angel of Death in the Haggadah when he was a boy. “It was very Black Sabbath,” he reminisced.