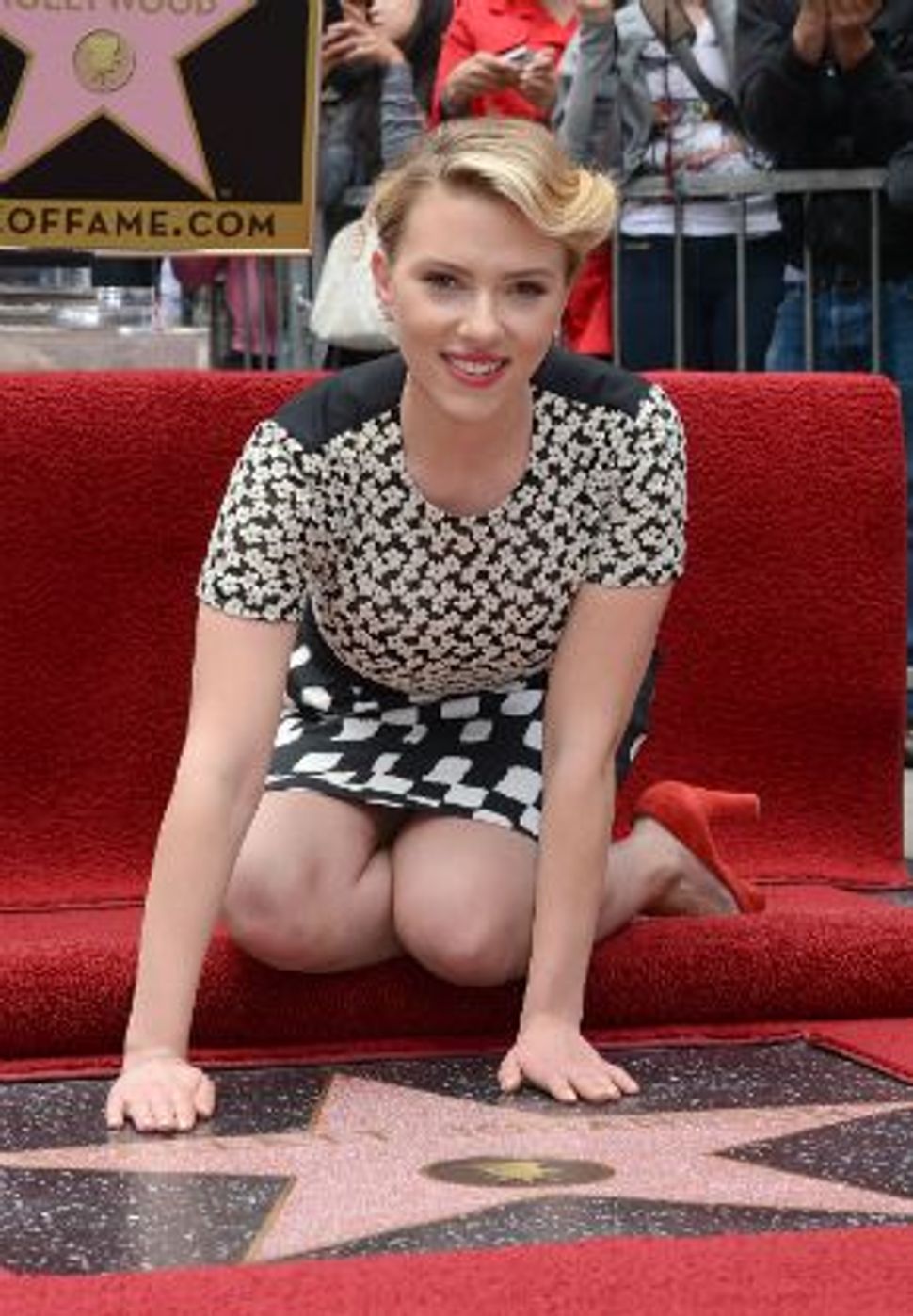 Jewish mothers — the butt of so many jokes — don’t always get the respect they deserve. For that reason, the Shmooze commends Scarlett Johansson for specifically thanking her own Jewish mother as she received a star on the Hollywood Walk of Fame on Wednesday.

Posing in front of her star in a black and white silk print dress, red pumps and an upswept hairdo, ScarJo said it was her mom, Melanie Sloan, whom she had to thank for her success. No stereotypical pushy Jewish mothers came to mind as the actress, 27, explained how her mother has supported her throughout her life and career.

“One of the most important things [my mom] did growing up was that she always said to me that I could do whatever I wanted as long as I really, really wanted it,” Johansson reflected in a conversation with a CNN reporter. “It allowed me to constantly sort of reassess what my priorities were and it grounded me in a way, and allowed me to come back to square one and say, ‘What am I doing here, and why am I doing it?’”

The actress continued speaking along those lines, remarking that all children “should be doing something because they’re passionate about it and for no other reason.”

Johansson mentioned that she thinks that the lessons she learned from her mother about how to live her life have spilled over into aspects of her career, especially the characters she has chosen to play. “I think that’s something for me that’s a very important quality to sprinkle over the characters that I play. To have women who are independent, strong and have a lot of conviction,” she said.

The Shmooze is certain that Sloan will take this lovely tribute as an early Mother’s Day gift from her loving and grateful daughter. It’s something for all of us to keep in mind as the holiday approaches. We may not call and we may not write, but at least this one time a year, we should tell our Jewish mothers how they did right by us.