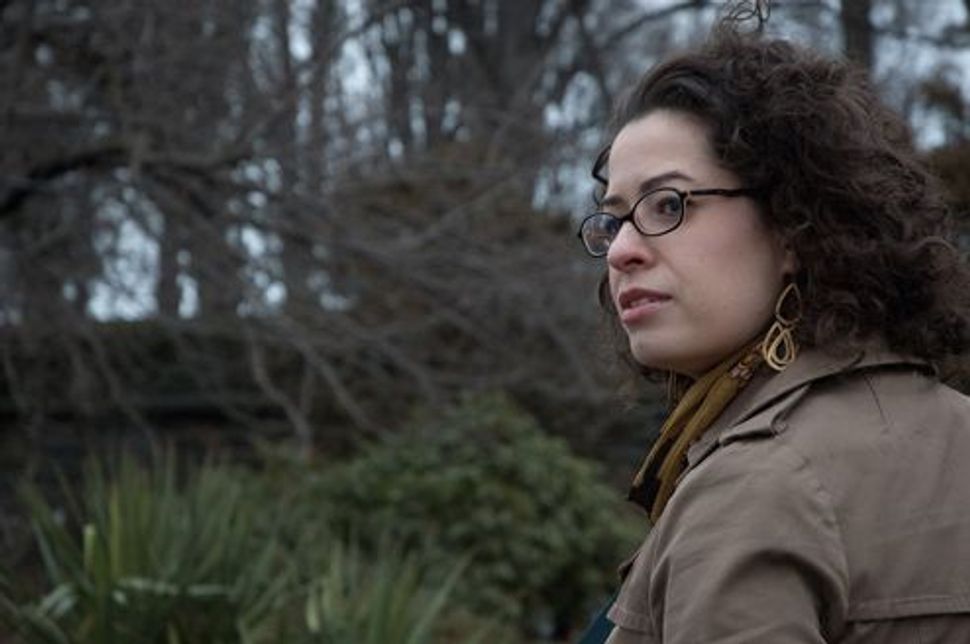 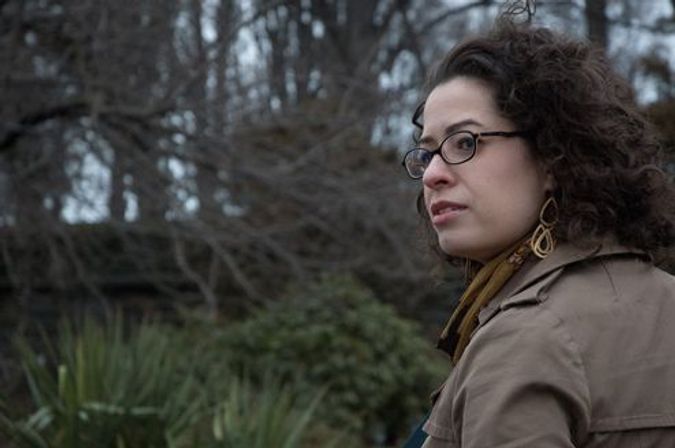 Speakers’ Lab: You’ve written about the importance of promoting Yiddish, and your experience learning more about Jewishness by studying Yiddish than from years at Conservative Hebrew school. How important do you think Yiddish is for the future of American Jewish culture? If Yiddish grew out of Jews’ interactions with other cultures in Eastern Europe at a specific time and place, why not encourage American Jewish culture to develop the same way? Do you think English is insufficient as a potential Jewish language?

Rokhl Kafrissen: When they find out I’m a Yiddishist, people often ask if I grew up in a Yiddish speaking home. The answer is no. My parents did not speak the language, although now and again they dropped a Yiddish word or phrase. But it was a long time before I connected those isolated words and phrases to an actual language.

At my Conservative Hebrew school Shma and Hatikvah were given equal weight. For good behavior we received Bazooka bubblegum with Hebrew jokes printed on the wrapper. No matter that not one of my classmates could understand the Hebrew. The State of Israel, we were told, was the home of the Jewish people and Europe was a continent sized graveyard. Modern (Israeli) Hebrew pronunciation was taught to us by a Polish Holocaust survivor. Little that we learned would help us function as adult Jews. What we did learn didn’t quite track with the lived Jewishness all of us, teachers and students, brought into the classroom.

I wondered then, why did the poster at Hebrew school say “laylah tov” but my mom said “gey shlofn” (go to sleep)? I wonder now, why were we being taught to be different without really learning how to be different? To quote Jewish educator Jacob Golub: “…to be separate without a difference is to invite pathological complexes…” To say I was confused would be an understatement.

That confusion drove me to seek out Yiddish wherever I could, most importantly, as an academic subject. In my first semester of college Yiddish I learned more about Jewishness than I had in years of Hebrew school. In Yiddish class I acquainted myself with a Jewishness that didn’t erase my family and my history, but brought all of it, and more, into sharp focus.

But studying Yiddish wasn’t just about solving my own personal puzzle. In the language and culture of Ashkenaz I found everything I had once assumed Judaism simply didn’t have: songs for every occasion, dances other than a zombified hora, and a radical history very much of use for the present. Yiddish presented to me what Jacob Golub called “cultural autonomy,” something I see little of in American Jewish life.

For Golub and his peers in the pre-war era, however, the cultural autonomy of American Jews would be lived in modern Hebrew, not the despised tongue of exile. “The Jew must, to a large degree, live vicariously through Palestine,” he wrote in 1937. In 2012, Golub’s statement has the sour tang of half-fulfilled prophecy.

Today, debate over the future of Israel sets American Jews against each other in a “dialogue” that becomes more terrifying every day. No activity, no institution, no initiative is safe from this corrosive politicization. And at the same time, a minuscule number of American Jews move to Israel each year. A similarly dismal number of them have any fluency in modern Hebrew (or liturgical Hebrew, for that matter). In a morbidly absurd turn of history, our Jewish lives revolve around a stranger called Israel. And, I suspect, no one wants to walk away from the conflict because without it, we’re not sure who we are.

Whatever failings my Jewish education had, they lie not with any particular denomination but with what I see as the real, trans-denominational American Jewishness: one where familiarity substitutes for literacy and a tragically superficial identification with the State of Israel is an end unto itself.

Digging into the history of Jewish education in America, it becomes clear that the problem isn’t that we didn’t have enough lesson time or our teachers weren’t motivated or anything like that. The Jewish education I received wasn’t an aberration but the intended product of a Jewish community perpetually conflicted about its Jewishness. You can find any number of sociological papers and studies, spanning almost a century, reporting that Jewish parents weren’t worried that their kids weren’t learning enough, but that they might be learning too much. And Yiddish was very much perceived as part and parcel of that too much.

It doesn’t have to be Yiddish for everyone, of course. Yiddish made sense for my life and my history and I’ve made countless friends in the Yiddish world who feel the same way. But I’ve come to see myself as a language maximalist. We need more Jewish language literacy, not less. This means continuing to be engaged with the State of Israel while being open to questioning its totalizing claims on Jewish authenticity. Literacy and cultural autonomy are our only real hope for American Jewish continuity.