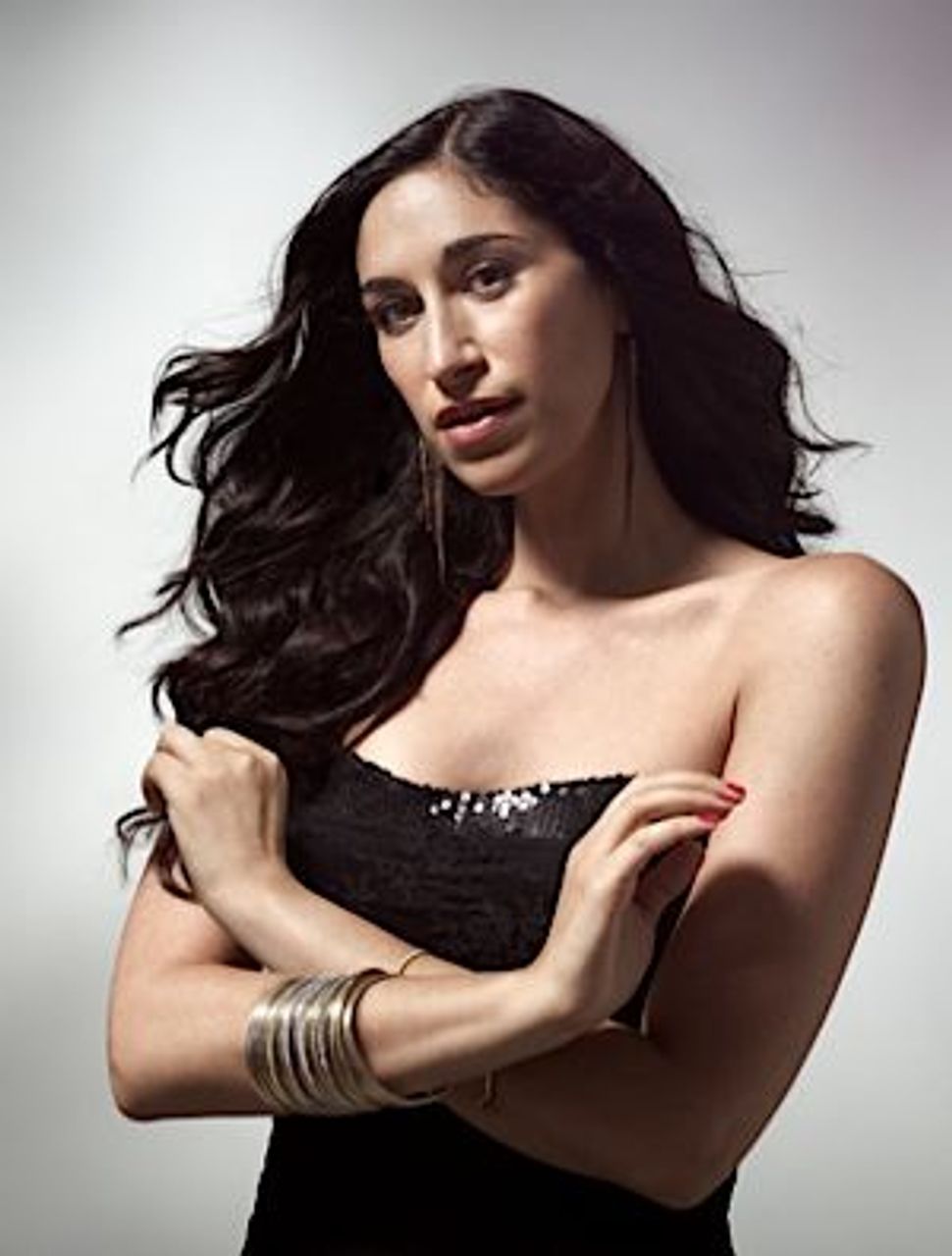 Image by Courtesy of Flipswitch PR

This conflict between history and the now is dramatically enacted in Sarah Aroeste’s music. Not only does Aroeste labor in an idiom that dates back to the 15th century, but she does so for an audience that doesn’t even speak the language. Ladino, the Judeo-Spanish language of much of the Sephardic diaspora, is spoken by less than 100,000 people around the world today, most of whom live in Israel. Aroeste is not the only Ladino singer in 2012, but with Gracia, her third album, she is its most public face.

“Puertas,” Aroeste’s sophomore release, was a buttoned down affair that suffered because of it. Her arrangements were pretty, but often felt slight. Even strong songs, like “Shabat,” paled next to the final track, a remix that augured her new material on “Gracia.” Over the last five years, Aroeste developed a style that borrows liberally from all sorts of unexpected places, from Santigold fusion-pop to gothic metal.

The first song and title track on the album is a vivacious dance number that opens with Aroeste chanting to a bendy synthesizer. As if to punctuate her new interests, Aroeste closes the song with a spoken word bit from Gloria Steinem. Not all the new tricks work, however, including soft jazz horns that fall on the wrong side of corny.

The instrumentals on the fourth track, “La Comida La Manana,” would not sound out of place on a Lacuna Coil or Nightwish album — symphonic metal with crunchy gothic guitars. During these genre experiments the Ladino influences don’t disappear, but are integrated — liturgy is transmuted into an epic choral chorus. “Avre Este Abajour Bijou” is light, dream-pop Ladino (a phrase I never thought I’d write), and the album closer, “Scalerica,” is hypnotic Mizrahi electronica.

If Gracia is imperfect, it is only because Aroeste is swinging so hard and so often for the fences that a few whiffs are to be expected. Otherwise, it is the strongest case around for the ongoing relevance of Ladino music.