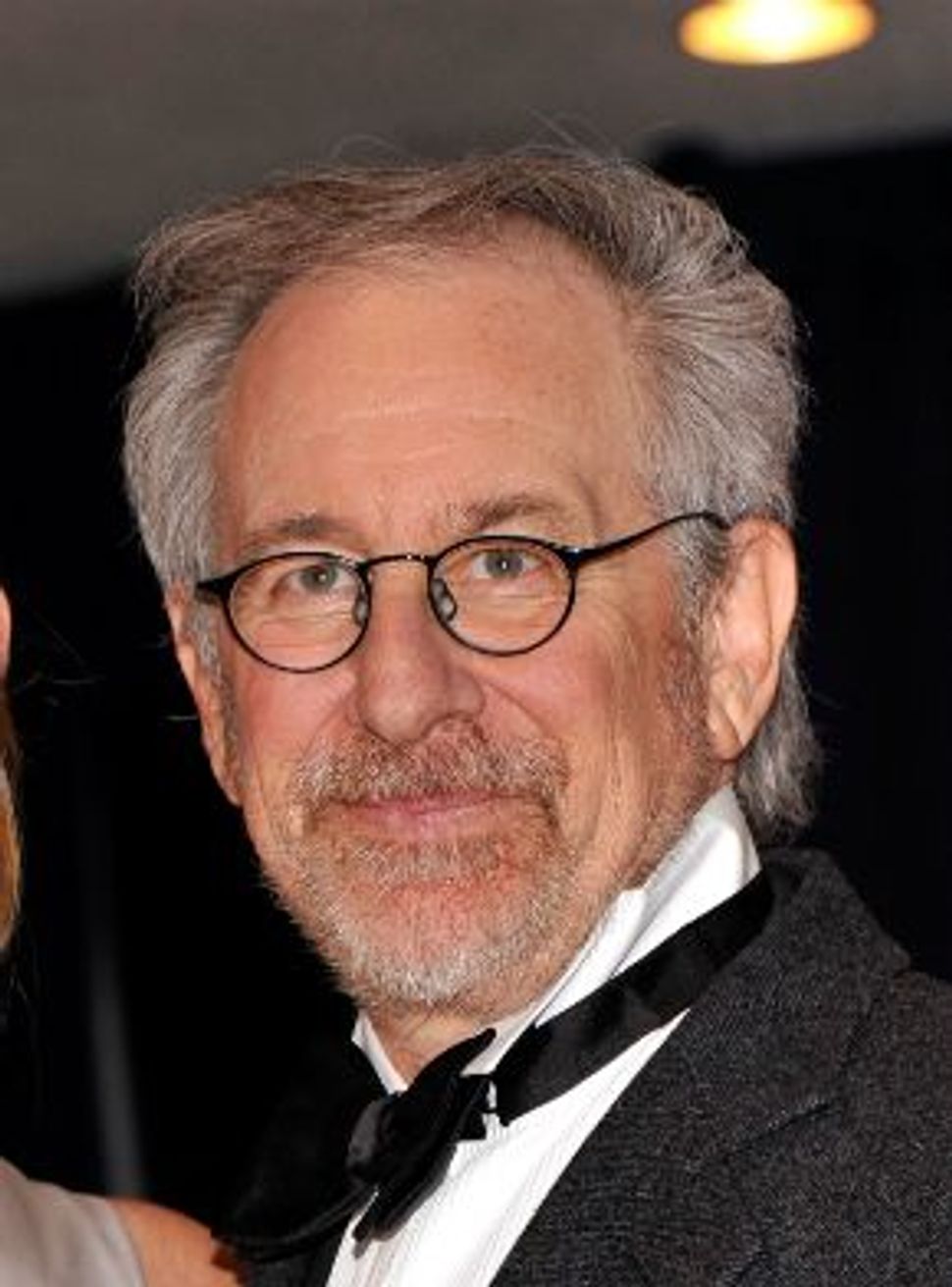 Steven Spielberg is the top Jew on Forbes’s list of The World’s Most Powerful Celebrities. The director/writer/producer/studio owner came in at number 10 on the list of 100. Ahead of him were Jennifer Lopez, Oprah Winfrey, Justin Bieber, Rihanna, Lady Gaga, Britney Spears, Kim Kardashian, Katy Perry and Tom Cruise. But coming in behind Spielberg were another 90 celebs, among them a fair number of other Jews.

Among them is former Beatle Paul McCartney (who was reported to be converting to Judaism, so he’s kosher enough for the purposes of our Jewish tally) in the 21st spot. Radio shock jock Howard Stern was ranked at number 30, with film and TV producer Jerry Bruckheimer coming in at 39th. Further down the list are MOT funnymen Adam Sandler, Jerry Seinfeld, and Ben Stiller. Actress Sarah Jessica Parker and reality TV personality Bethenny Frankel pull up the rear in 86th place and 97th place, respectively.

Forbes has been publishing its list of the most powerful celebrities since 1999. It uses a range of factors in determining the rank of those who appear on it. Here is how Forbes explained its methodology for devising this list, which differs somewhat form its other annual lists:

With most of our lists we keep it strictly on the money: earnings or net worth. The Celebrity 100 is a little different. This list–which includes film and television actors, TV personalities, models, athletes, authors, musicians and comedians–is based on money and fame. We define fame as media visibility in print, television, radio and online, plus social media power, which we measure by looking at each celebrity’s presence on Facebook and Twitter. The earnings consist of pretax income between May 1, 2011, and May 1, 2012. Management, agent and attorney fees are not deducted.

Sounds a bit complicated. The Shmooze will leave the number-crunching to the professionals.