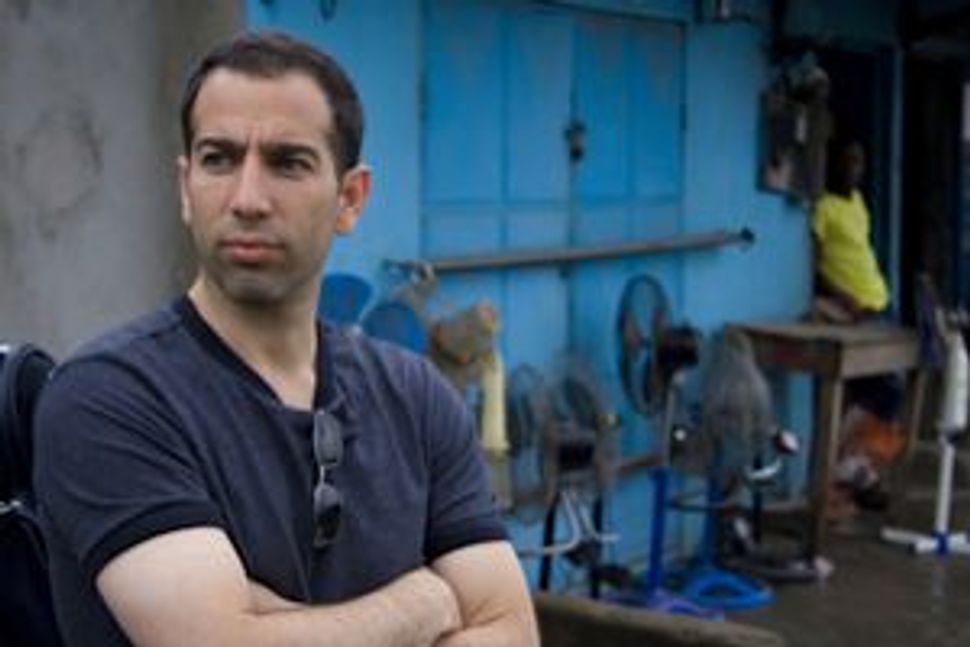 Image by Courtesy of Disruptive Pictures

In his documentary, “U.N. Me,” opening in cities around the U.S. today, first-time filmmaker Ami Horowitz takes shots at the United Nations and most of them land squarely on target. 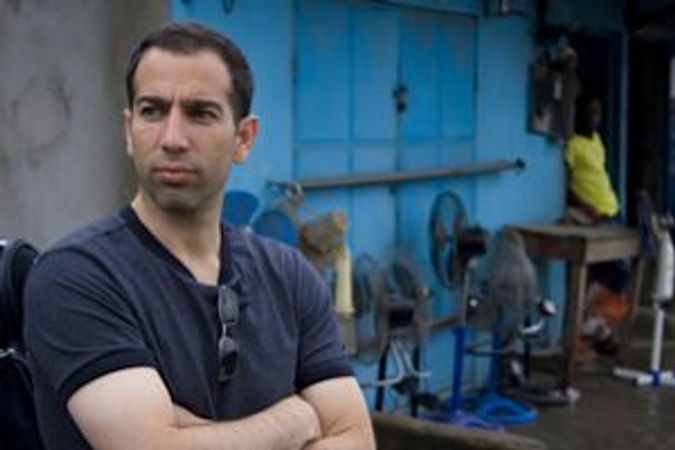 Image by Courtesy of Disruptive Pictures

Horowitz charges that U.N. brass knew about the potential for genocide in Rwanda — and could have prevented it; that U.N. peacekeeping troops opened fire on innocent civilians in Côte d’Ivoire; that they dealt in white slavery in Bosnia, and that the oil for food program in Iraq was riddled with corruption. Almost everything he accuses the organization of has been reasonably well documented. There was even a fictional film, “The Whistleblower,” starring Rachel Weisz, about Bosnian peacekeepers’ sexual improprieties.

But rarely is so much misconduct offered in so little time and, frankly, so humorously. Perhaps nothing is funnier, in an ironic way, than the decision to have Iranian President Mahmoud Ahmadinejad as the keynote speaker at a 2009 U.N. anti-racism conference.

Horowitz grew up in a conservative Jewish family in Los Angeles — his mother was Israeli — attended the University of Southern California, and intended to go into politics. But when the first candidate he worked for lost, he detoured into investment banking until he became so enraged by what he felt were U.N. shenanigans that he decided to make this film. He spoke to the Forward’s Curt Schleier about getting into the film business, cage fighting, and what the U.N. does right.

Curt Schleier: This film is a pretty powerful screed against the U.N. Does the organization do anything good?

Ami Horowitz: Sure, I think they do a decent — not great — job with food distribution, disaster relief, vaccinations. That sort of thing.

Do you have a problem with the U.N.’s treatment of Israel?

Take a wild guess. I think the U.N. looks at the creation of Israel as an original sin and it’s been trying to erase it since the state was formed. It is one of the most hostile places Israel has to face in the entire world.

Why do you say that?

A couple of things. Look at the fact that Israel has been unable to participate in many of the U.N. leadership roles, particularly in the security council. I think the Human Rights Council has been obsessed with Israel. That a majority of their resolutions have been against Israel when there is genocide going on in our midst is an abomination.

Were you able to come up with any solutions to fix the U.N.?

It’s a lot easier to expose the problem than come up with a solution. I think the status quo is intolerable, and we have to make some hard decisions on how we proceed with the U.N. I’m not sure it works as currently structured. We have to make a real strong effort to reform it. The fact that we pay a quarter of their budget means we have to force them to reform. Right now the organization is almost the opposite of what the charter says it’s meant to be. If we can do that, wonderful, but if it doesn’t work we have to look at an alternative. An alternative where people who share the same values are working toward the same goals, some sort of confederation of democracies.

How did the idea of the film come about?

Growing up in Los Angeles that must have been an easy call. Did you always want to be a filmmaker?

No, never. It must have been a latent gene that only revealed itself later in life. But this was never about the medium; it was about the topic. But, having said that, I have definitely been bitten by the film bug and this is what I’d like to continue doing, if I am so blessed.

If not the film business, what did you want to do?

I actually wanted to go into politics. When I graduated from USC I became a campaign manager for a candidate for state comptroller in Maryland. He was a long-time Goldman Sachs executive. He lost, but he left me with some very sage advice. He suggested if you want to go into politics, make some money first and then go back into politics. I have a penchant for doing things I never had any formal experience at before. I didn’t know this about myself, but I guess I find that challenge invigorating. Maybe cage fighting will be next.