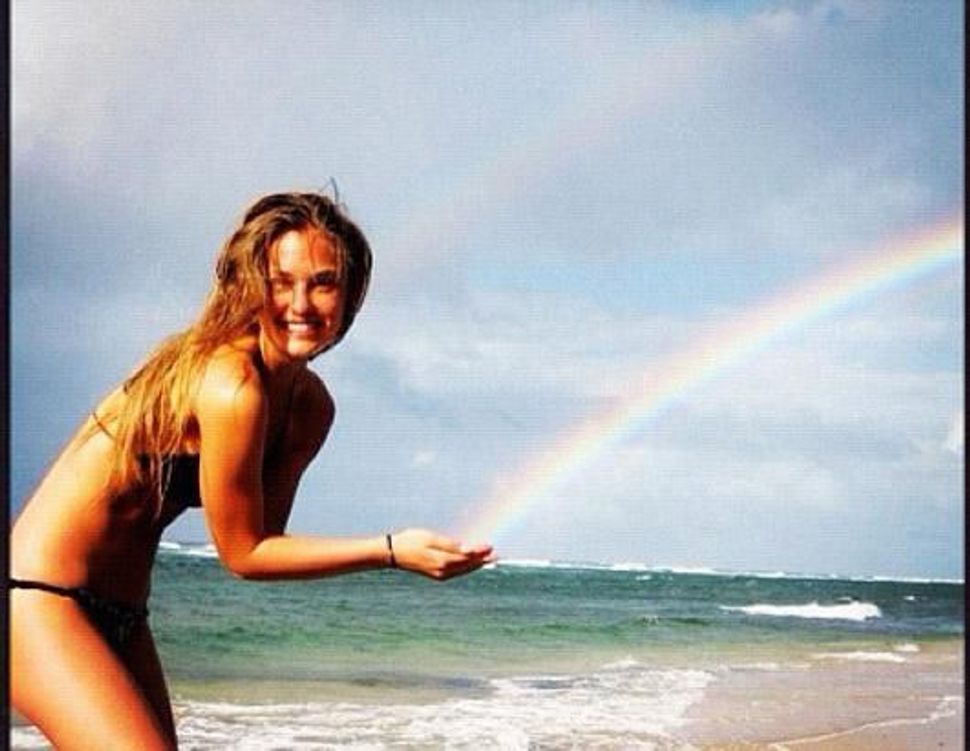 The first is a birthday gift — from Bar Refaeli to the world. On June 4, her 27th birthday, the model and No. 1 “Maxim” hottie tweeted a playful picture of herself on the beach. In a bikini. With a rainbow. Talk about giving the people what they want!

The second is an on-set photo of Lindsay Lohan as Elizabeth Taylor that was leaked to TMZ.com. Against all odds, Lohan actually does a pretty good job of channeling Liz at the height of Hollywood glamour. With her legal troubles behind her (we hope), the self-destructive onetime child star will portray Taylor — actress, fashion icon and Jewish convert — in a Lifetime made-for-TV biopic called “Liz and Dick.”