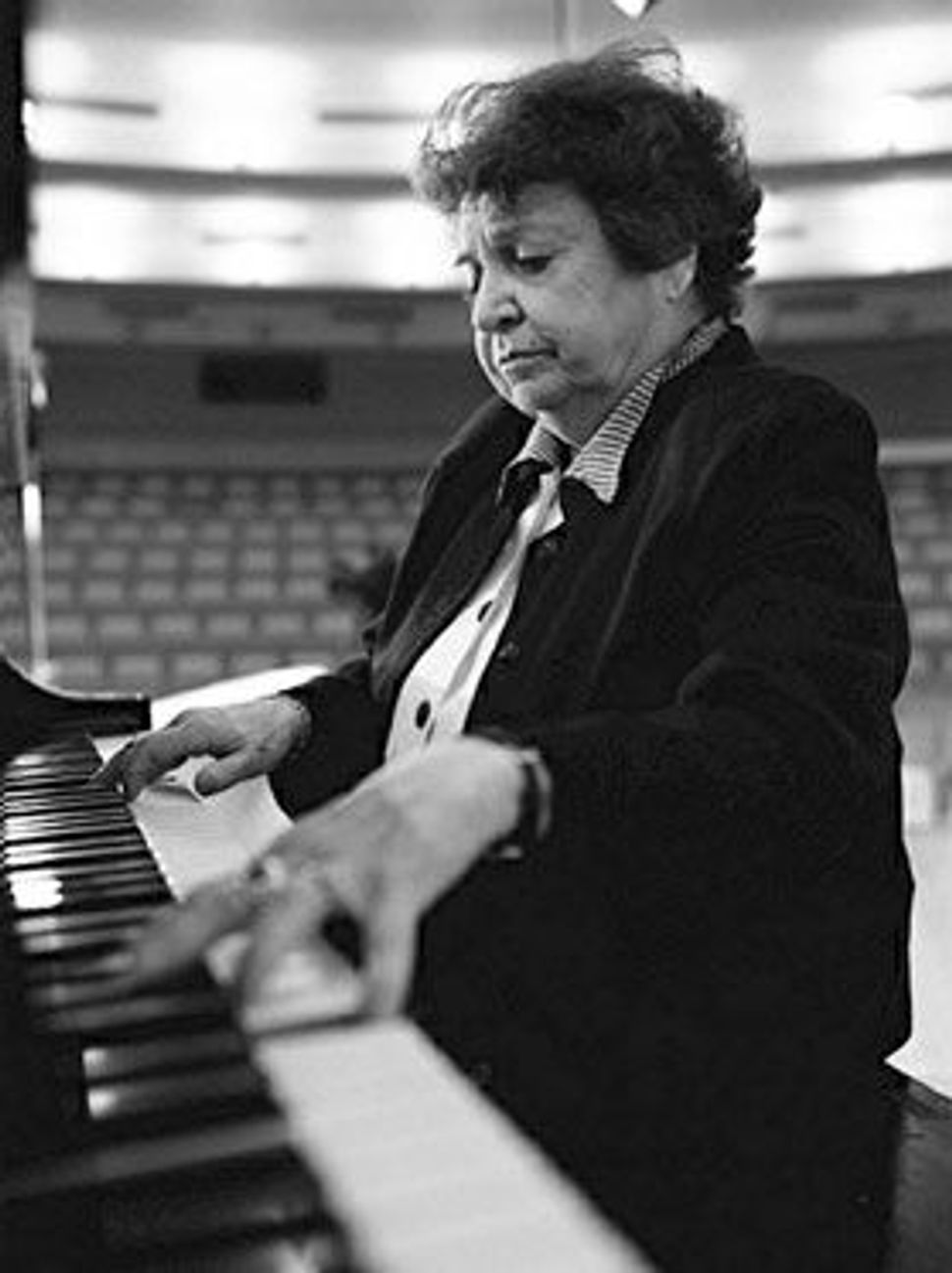 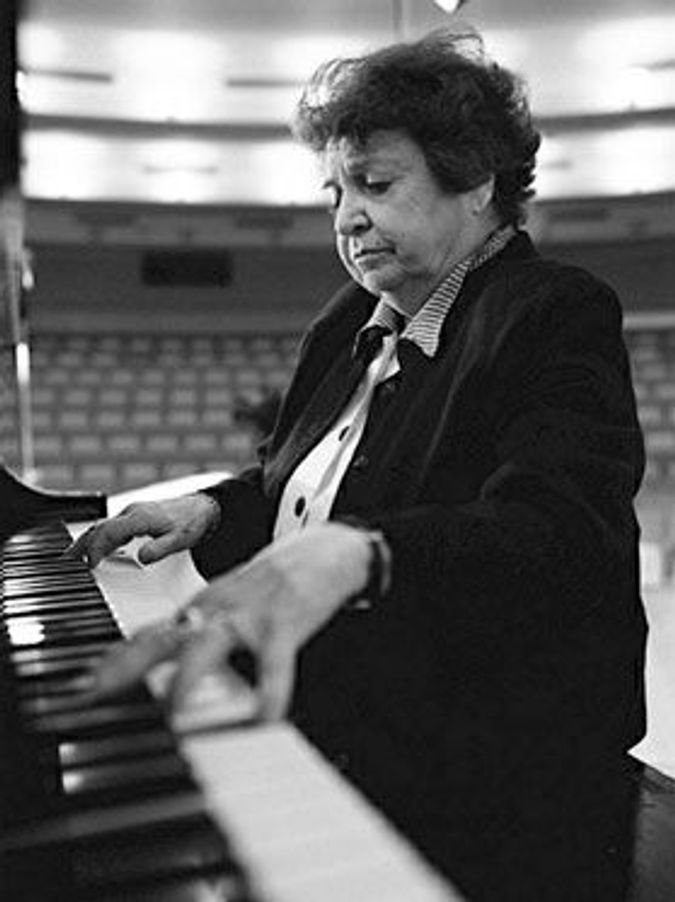 Mlotek, the author of nine books on Yiddish music, has an encyclopedic knowledge of her subject. Now 90, she grew up in the Bronx immersed in Yiddish culture. In 1944, she began working at the YIVO Institute for Jewish Research as assistant to Max Weinreich, one of YIVO’s founders and its director of research. While attending the first-ever Yiddish folklore class at University of California Los Angeles, taught by Weinreich in 1948, she met her future husband, Joseph (Yosl) Mlotek.

The couple married in 1949 and settled in New York, where Yosl Mlotek was the director of education at the Workmen’s Circle. In 1970, Chana and Yosl began writing a bi-weekly column for the Forverts called “Perl fun der Yiddisher Poezie” (Pearls of Yiddish Poetry). Readers would submit snippets of songs they recalled from their youth, and the Mloteks — in detective mode — would identify and write about the songs. Chana returned to YIVO in 1978, becoming its music archivist in 1984, and has been there ever since. She spoke to The Arty Semite about the history and future of Yiddish music.

Renee Ghert-Zand: What inspired you to make Yiddish music your life’s work?

Chana Mlotek: It was my love for Yiddish and my love for music. I also had a wonderful mentor, Dr. Max Weinreich. He was my boss at YIVO and he inspired me to go into the field of research with music and songs. The more I went into the field, the more I discovered I didn’t know, and I wanted to learn more. I learned about other collectors and about collections that appeared all over the world — in Russia and Poland and the U.S. The songs were very popular, but unfortunately the melodies weren’t written down. We try to collect and recompose these songs and bring them back to life.

How do current requests for information differ from ones you used to get?

Years ago people remembered songs of 100 and 150 years before. Nowadays there’s a falling off of those memories. People don’t remember songs so far back. And people don’t write letters as much as they did. At one time, we got 200 letters in one week. People were so enthusiastic about telling us about their songs, where they heard them, and what the songs meant to them. It was an exciting situation, and we responded to them with enthusiasm. They don’t write letters anymore. They call. I get fewer letters now.

What was one of the most challenging inquiries you ever received?

There were a few challenges. But one that stands out is a request we got from Michael Tilson Thomas who was writing “The Thomashefky’s” about his grandparents. We had to dig deep into our memory to find this song about the railroad from the 1870s that his grandfather, [Boris Thomashefsky,] sang. Then we found a song of Bessie Thomashefsky, his grandmother, that he requested. As a gift, he sent me a beautiful orchid and a huge box of rugelach that I shared with the staff.

What are your thoughts on the state of Yiddish music today?

There’s a lot of interesting cantorial music and instrumental music. YIVO has a concert series of young performers, which is a wonderful thing. There are young performers at the National Yiddish Theatre-Folksbiene who perform new songs and new creations, and they’re wonderful and they’re charming. A lot of young people are interested in klezmer music and there are many groups that have been popping up all over the country and in Europe, and they sing Yiddish songs, too, sometimes.

What do you think about the Yiddish rock bands that have popped up?

I think it’s interesting that they use the Yiddish songs as a new vehicle to express themselves. I don’t care very much for punk, but I enjoy the fact that they are doing something with Yiddish music, which should be heard and should be played. Our music inspires the young people to create new things, and that’s a wonderful thing.

Do you think there will be young people who will carry your work forward?

That’s a very hard question to answer. I think there will be some. I’m not talking about many, but there will be some who will carry on this work. There are a few now working in this field. They’re collecting and publishing and performing, and that’s very interesting. Beyond that, I can’t say anything more about the foreseeable future.

What does this honor from the Folksbiene mean to you?

It’s a wonderful honor. It’s a tribute to my work, recognition of my work. I’ve received nice tributes before, but this is a special tribute because it will be done in Yiddish, and that’s what I love very much.