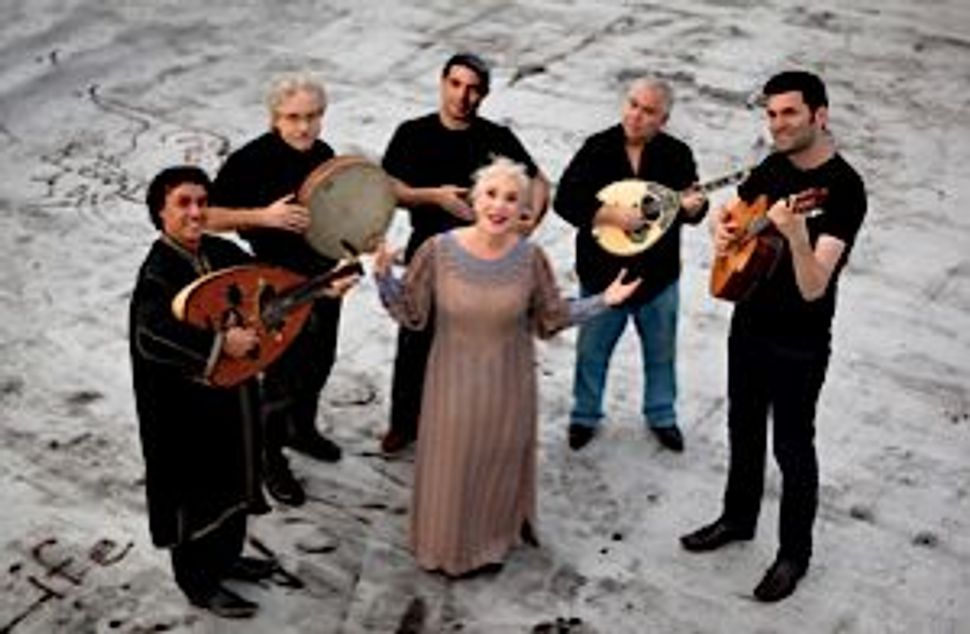 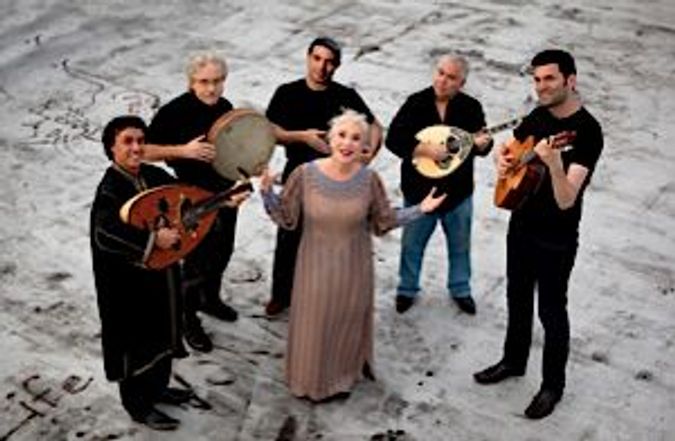 It’s an artistic choice that emerges from a personal one. “My kids put me up against a wall,” Davis told the Forward. “They said, ‘record these songs so that we have a legacy from you.’”

“East and West” is also a reminder that even attempts to hew close to tradition are still fraught with change. “Adir Hu,” a Seder hymn, is revved up with an propellant acoustic rhythm, as is opening track, “Et Dodim,” a Mizrahi interpretation of the Song of Songs that underlines the sultry lyrics — a trilled duet closes on the words “Henesu rimonim” (“pomegranates budding”). Here, and elsewhere on the album, Davis tries to build a bridge between her Sephardic heritage and a stealth, practically unacknowledged, American folk tradition. On “Durme,” a lullaby backed by Davis’s son David on cello, she sings in the timbre of gothic Americana, striking the most haunting moment on the album.

Unusual for such releases, “East and West” is a double album. On one disc Davis sings and on the second she has been excised for the benefit of Orthodox men who refrain from listening to female vocalists. Though the instrumentals and male vox are intact on the second disc, curious listeners should stick to the first.

The most interesting things about Davis’s work all come from her almost half-century twisting American and Sephardic folk traditions together, a synthesis she alone vocalizes in spare moments. Her decision to expose this music to the broadest possible audience is commendable, but by so easily cutting herself out, she sells her own material short. “East and West” is not just the exercise in recording classic Ladino tunes – it’s something more special, and it’s something that requires Davis herself.