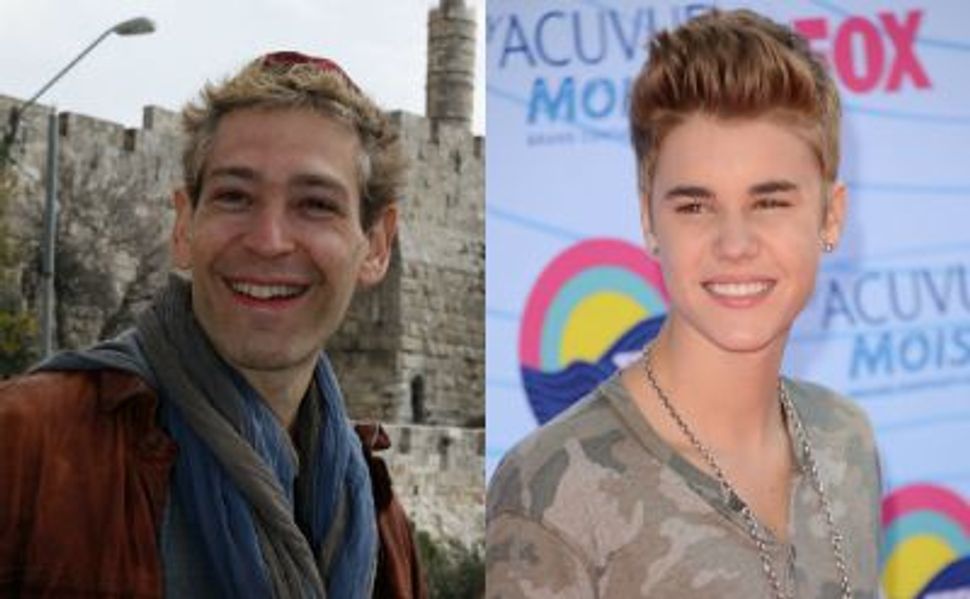 God exists and he has a sense of humor. Or at least the god of technology does. On Jimmy Kimmel Live yesterday, YouTube, TV and Twitter converged in a fabulous segment called Mean Tweets. Throw in some love-to-hate-them celebrities, and hilarity ensued.

Apparently, Mean Tweets is where Jimmy Kimmel sits celebrities down in front of a potted plant and has them read particularly, well, mean tweets that someone has posted about them. Ostensibly the message is to consider that celebrities are people with feelings, too. Really the message is that the more a celebrity can laugh at himself, the more likable he becomes.

To the Shmooze’s delight, Matisyahu was featured in yesterday’s segment, bringing this priceless series to our attention.

“Every since @matisyahu shaved, he looks like old, fat Justin Bieber,” a blond clean-shaven Matisyahu reads aloud dryly. Looking up at the camera, he follows with: “Thanks.”

Justin Bieber is the next celebrity to read a tweet on screen (his Twitter enemy asked God to give him back 2pac and take Bieber instead) and, quite frankly, looks nothing at all like Matisyahu. No one else has those cherubic lips, except maybe Nicki Manaj.

Comments under the YouTube clip mostly feature crazed Bieber fans or Bieber haters responding to his tweet, but the few who mention Matisyahu range from “Who the f— is Matisyahoo?” to “Why did he shave? =(“ to “IMO he looks so much better shaved than with the beard.”

The Matisyahu media blitz may have reached over-saturation, but this is one video that’s still worth watching. (Matisyahu’s part starts at 1:52.) Warning: Contains adult language: