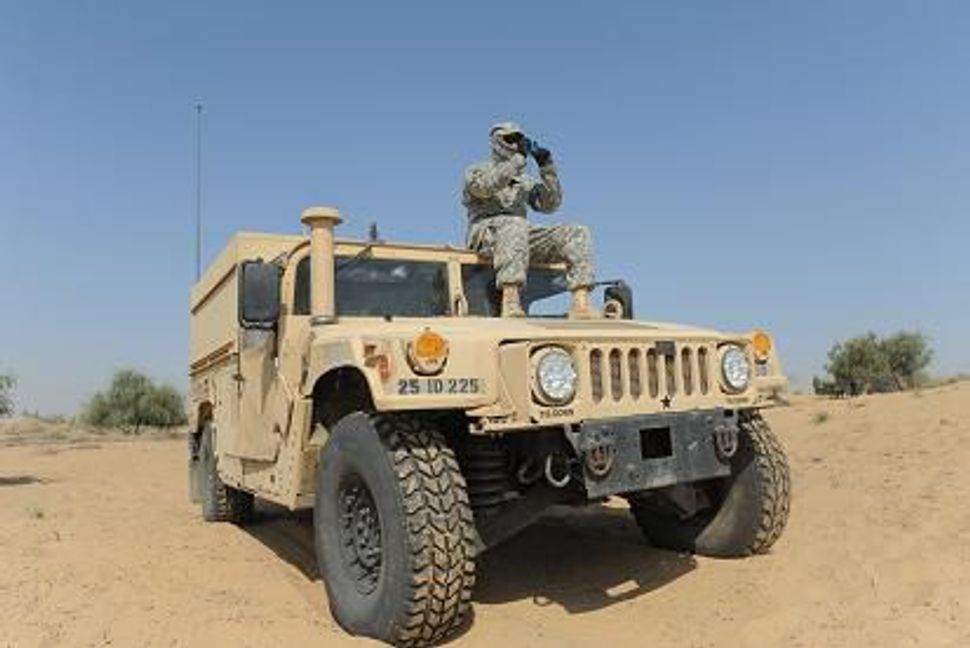 The billionaires are embroiled in nasty tit-for-tat lawsuits “alleging the other man siphoned tens of millions from a business they co-own — AM General, the maker of Humvee military vehicles,” Crain’s NY Business reports today.

In a lawsuit filed in Delaware in late June, Perelman-controlled AM General alleges that Rennert’s Renco Group withdrew $109 million by borrowing from AM General at below-market rates “unfair and disadvantageous to the company,” Crain’s said. The suit also mentions another Jewish mega-financier; it alleges that that Rennert invested some of AM General’s cash with hedge fund manager Ezra Merkin, who famously funneled money to Bernie Madoff.

Rennert and his cronies, the suit complains, treat AM General “as a convenient drive-thru teller to which they pull up and ask themselves for as much money as they like.”

Rennert, in turn, accused Perelman of charging AM General excessive management fees and royalties — to the tune of $175 million, Crain’s said. The suit claims actions by Perelman and McAndrews & Forbes, his holding company, “reflect a consistent pattern by which they have repeatedly used their control of enterprises to unfairly enrich themselves at the expense of minority stakeholders.”

According to Crain’s, Rennert bought the company in 1992 for $133 million — and sold a 70% stake to Perelman for $935 million. Only $110 million was paid in cash; the rest was borrowed. “The wars in Iraq and Afghanistan drove such heavy demand for Humvees that Mr. Perelman’s company received $1.7 billion in distributions from AM General through last year, according to Mr. Rennert’s suit,” Crain’s said.

“A remarkable return,” Rennert’s suit noted, “even [after] subtracting the amounts that MacAndrews … diverted to itself from Renco.”