The Literature Professor Who Was Duped by An Anti-Semite 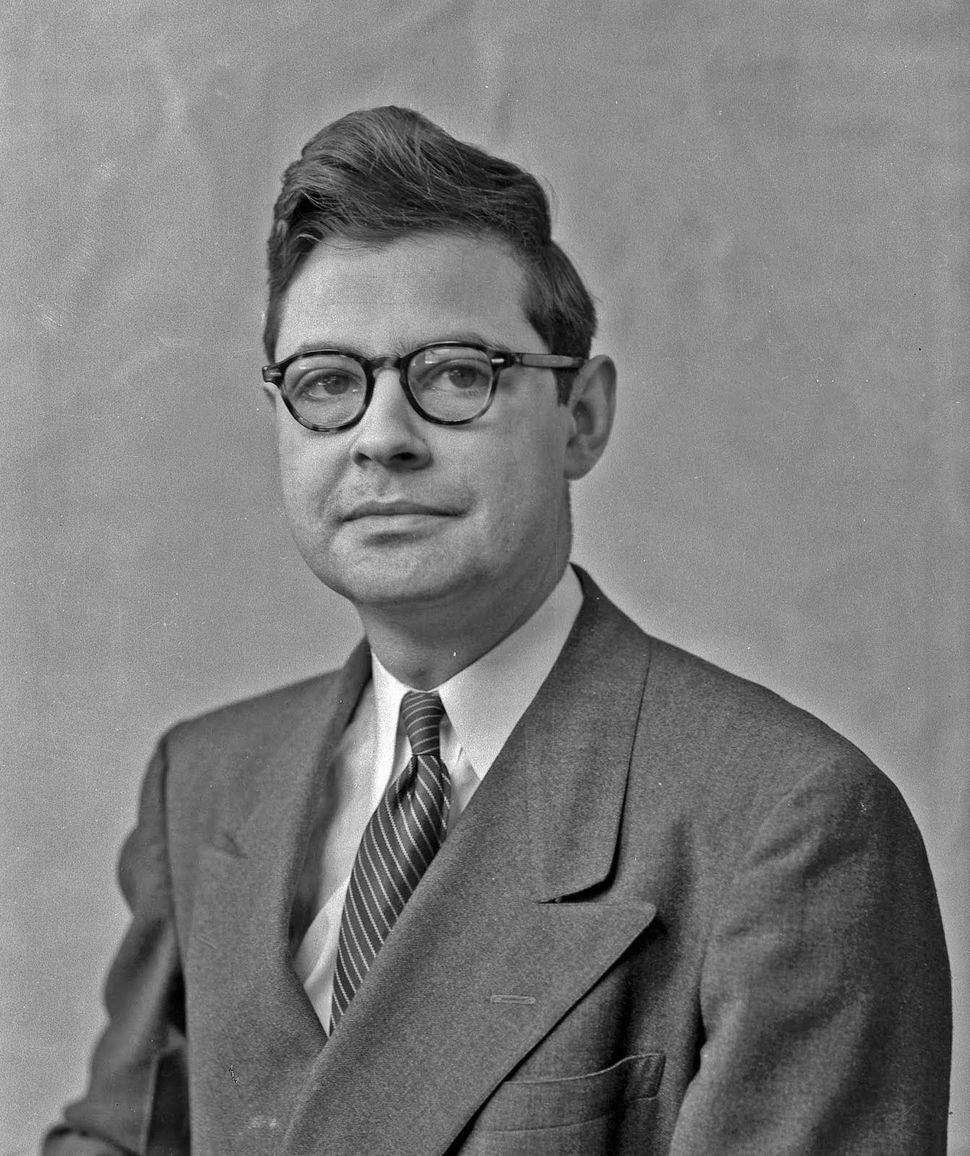 Born in the Bronx to a Jewish family, Milton Hindus (1916-1998) became professor of literature at Brandeis University. Although Hindus published on subjects from poet Charles Reznikoff to the Lower East Side, he is mostly remembered for more sinister fare.

In the 1930s, Hindus became a fan of the ferociously anti-Semitic French author Louis-Ferdinand Céline’s literary modernism and after the war, tried to advance Céline’s career before realizing his error. Hindus’s view of the relationship is available in his memoir “The Crippled Giant,”.

In February, Gallimard published a new edition of the Frenchman’s side in “Céline: Letters to Milton Hindus 1947-1949).” The image of Hindus that emerges is a naïve, oft-clueless scholar, hampered by imperfect French. Hindus writes to Céline only in English, confesses to difficulty in reading some of Céline’s French texts, and when they meet, the two speak in English. Hindus repeatedly misinterprets nuances in Céline’s letters, as when the author, in forced exile in Denmark due to accusations of French war crimes, ironically exclaims that he needs a visa to escape to Chile. Hindus takes this literally and tries to secure a Chilean visa for the reprobate author.

As Céline’s temporary patsy and puppet, Hindus is swayed by gross flattery. Céline tells Hindus that, in a 1947 photo, he is a “majestic, princely male” and incites Hindus to commit adultery because he is a “young and handsome boy.” In 1948, Céline praises Hindus as “courage and talent personified” for writing a preface to his novel “Death on the Installment Plan”, minimizing Céline’s anti-Semitism.

In turn, Hindus flatters Céline, stating that by replying quickly to letters, Céline is just like Lord Byron as correspondent. In 1949, Hindus writes that he wishes Céline were with him on the Brandeis campus. When Hindus finally sees his mistake, after speaking to friends and ex-friends of Céline, he publishes “The Crippled Giant.” The Frenchman furiously writes to Abram Leon Sachar, founding president of Brandeis University, to complain. Céline even invites Sachar to visit him in Denmark, as if to repeat the whole procedure of enchantment and disgust. Sachar wisely demurred.

Gallimard has published a sloppy edition, with references to “Brooklin” in New York and the “Majo Clinic” in Minnesota, and the editor misquotes Shakespeare and describes noted literary critic Leslie Fiedler as a “journalist who claims to be Jewish.” Even so, “Letters to Milton Hindus” is a valuable cautionary tale about defending supposedly unjustly accused anti-Semites.

The Literature Professor Who Was Duped by An Anti-Semite