Imre Kertész And The Healing Power of Irony 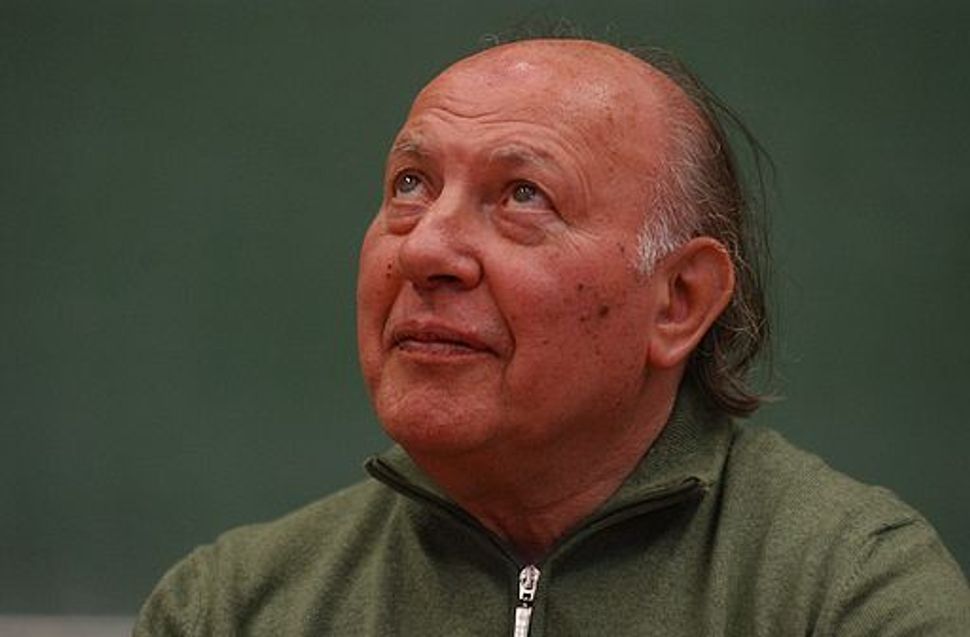 Just over a decade ago, Imre Kertész, the Hungarian Jewish author of “Fiasco”; “The Union Jack”; and other works, was going through an unusually tough time. Parkinson’s disease, which he is still battling, had begun to hamper his writing and growing anti-Semitism in his native land made him decide to move permanently from Budapest to Berlin. As a survivor of Auschwitz and Buchenwald, Kertész was still haunted by his youthful experiences. Then in 2002, the Nobel Committee awarded him its Literature Prize, causing a different kind of stress.

All of these dramatic doings are recounted in Kertész’s “Protection: Journal 2001-2003,”, published in September by Actes Sud Éditions in France (it still awaits English translation). “Protection” is a sardonically brooding narrative, marked by justifiably dark meditations about how Hungary has learned no lessons from the Holocaust. Kertész finds consolation in Mahler’s symphonies, specifying the third movement of Mahler’s Fourth Symphony and the last two movements of his Sixth. He is gratified when his friend, the modernist Hungarian Jewish composer György Ligeti concedes that Arnold Schoenberg’s Second String Quartet is “not entirely superfluous.” Kertész is such a fan of Schoenberg’s music and twelve-tone method that he declares, “After Auschwitz, one can only write authentically using atonal language.” Kertész experiences “bitterness” and “resentment” after the Nobel Prize announcement from Ligeti, who asks ironically when the writer confesses to exhaustion: “Is it all that tiring to win the Nobel Prize?”

Kertész reserves especially harsh words not just for Jews who betray Israel – describing them as “furious, foaming at the mouth” – but also Jews who are not admirers of his writings. Thus Kertész slates Marcel Reich-Ranicki, a venerable Polish Jewish literary critic and media personality in Germany, where he is a longtime contributor to the Frankfurter Allgemeine Zeitung. In 2002, when before the Nobel announcement, Reich-Ranicki writes that John Updike deserves the Prize, Kertész calls the critic a “clown and token Jew.” Afterwards, Kertész praises the Nobel Committee for “great courage” in giving the Prize to a “solitary, defenseless writer without a homeland, who benefited from no ‘official’ backing, had no lobby, doesn’t speak English and sees the world in quite dark colors.” Kertész concludes: “But never mind, it’s rather difficult to connect Auschwitz and the Nobel Prize. It was unforeseen that sixty years after [the former], I would receive the Nobel Prize for literature. It’s an absurdity that only irony allows us to understand.”

Watch an interview with Imre Kertész from 2011 here

Imre Kertész And The Healing Power of Irony