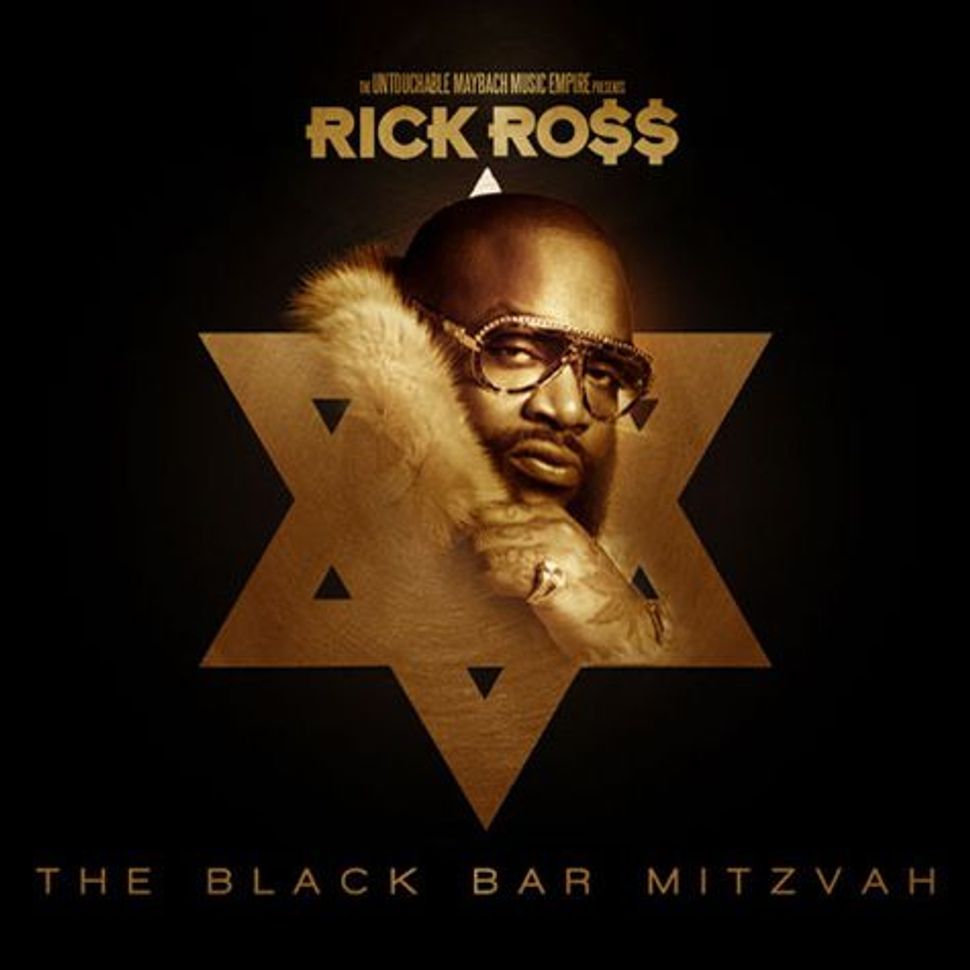 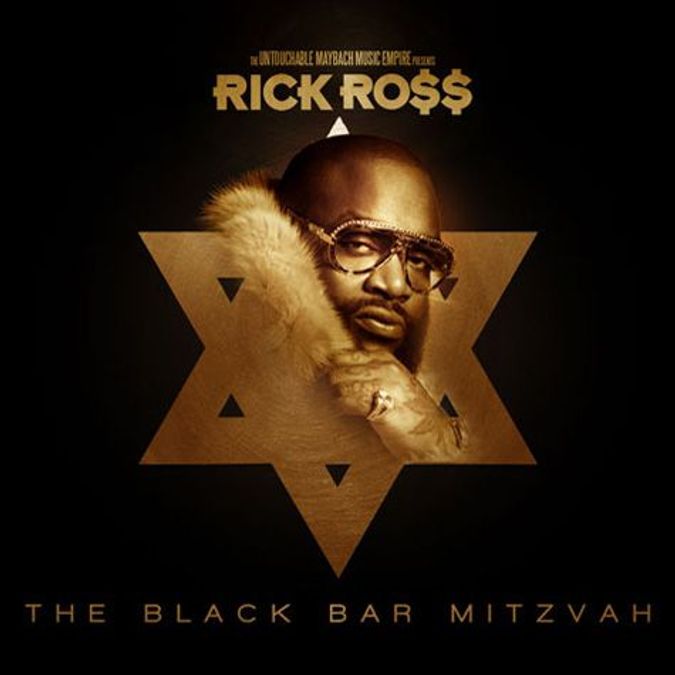 The blockbuster Miami rapper released a free new mixtape last night called “Black Bar Mitzvah,” an 18-track album featuring contributions from Drake, Pharrell and others. Ross is pictured on the cover inside a gold Star of David.

“Black bar mitzvah. Black Hebrews. All my Jewish partners. All my business endeavors. Open your minds!” he chants, nonsensically, over the album’s intro track. “We get more money. We owners now.”

Ross boasts that he’s in the fiscal company of Vegas magnates Steven Wynn (whose first name he gets wrong) and the Maloof family.

“My boat was twelve million,” he says.

“What a beautiful day it’s been at Beth Sholom Miami… Oh, I’ve never seen a service so lavish,” Rosenberg intones. “I’ve never seen such a spread… Never have I seen such beautiful [breasts] hanging out at a bar mitzvah service before, but today it’s appropriate, because today, Ricky, you are a man.”

Rosenberg goes on to announce that the evening’s party will be held at a strip club.

Here’s a music video from the mixtape. No Jewish angle here, as far as I can tell.