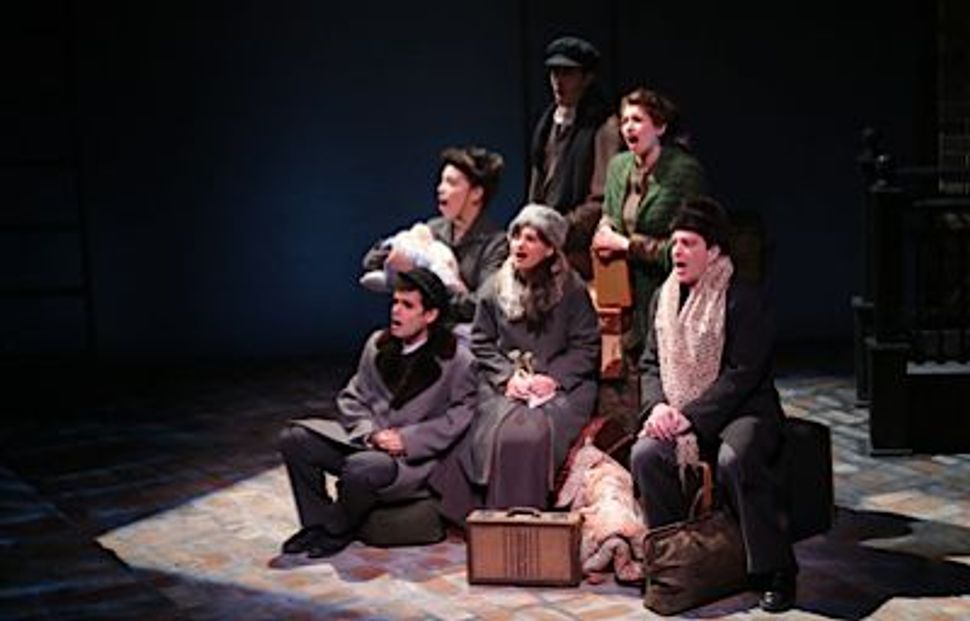 When my parents landed in New York in 1947 they were assigned a case worker. I’m not sure who did the assigning, but I remember my father saying how puzzled he was. “Case” was German for cheese, and he didn’t understand why he needed a cheese worker. 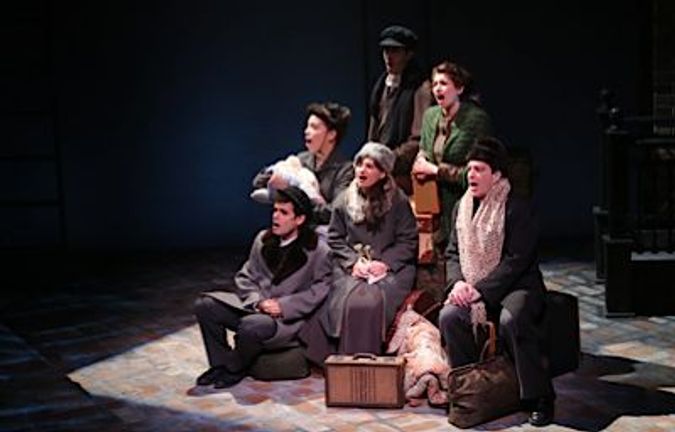 My parents didn’t tell many stories about their early lives, about crossing the border from Austria into Switzerland after the Anschluss or how they got to the goldene medina. Perhaps I didn’t ask the right questions.

But that particular anecdote stayed with me, because it was about their life at the precipice. They were starting a new life in a new land with a new language, one briefly filled with optimism and faith that life could and would be better.

Perhaps that is why I am such a fan of the new National Yiddish Theatre-Folksbiene production of “The Golden Land,” a joyous celebration of the turn-of-the-century Jewish immigrant experience.

The original production was commissioned in 1982 to honor theForward on its 85th anniversary, and was performed at a Workmen’s Circle convention in the Catskills.

Two years later it began a successful off-Broadway run that featured some great show business names, including Molly Picon, Avi Hoffman and Bruce Adler. The musical was well timed, since it coincided with a surge of interest in the Jewish immigrant experience.

This exuberant new production is similarly well timed, at least potentially. If the original rode a wave of interest in the immigrant experience, hopefully this new one will lead to a resurgence of interest among the grandchildren and great grandchildren of these pioneers. Unfortunately, at the show I attended there were more canes and walkers than young people (except for one girl with blue hair). But this is definitely a production for all ages if not for the ages.

The show starts with the voice-over of a woman responding to her to her grandson’s request for information about her background. She begins by leaving the Pale of Settlement and pogroms behind and continues with her first sighting of the Statue of Liberty. Co-creators Zalmen Mlotek and Moishe Rosenfeld have squeezed more than three dozen songs into the two-hour musical while director Byrna Wasserman has assembled a talented and enthusiastic cast which brings the period to life with fervent passion.

All the familiar touchstones are here: the struggles to find work, the anti-Semitism that kept Jews from hotels, colleges and careers, Yiddish theater and radio (WEVD as in Eugene V. Debs) and the rush to read this very paper for the latest installments from Yiddish writers.

Sometimes sad, but mostly euphoric, “The Golden Land” is simply a rapturous musical that will capture your heart and likely your soul.