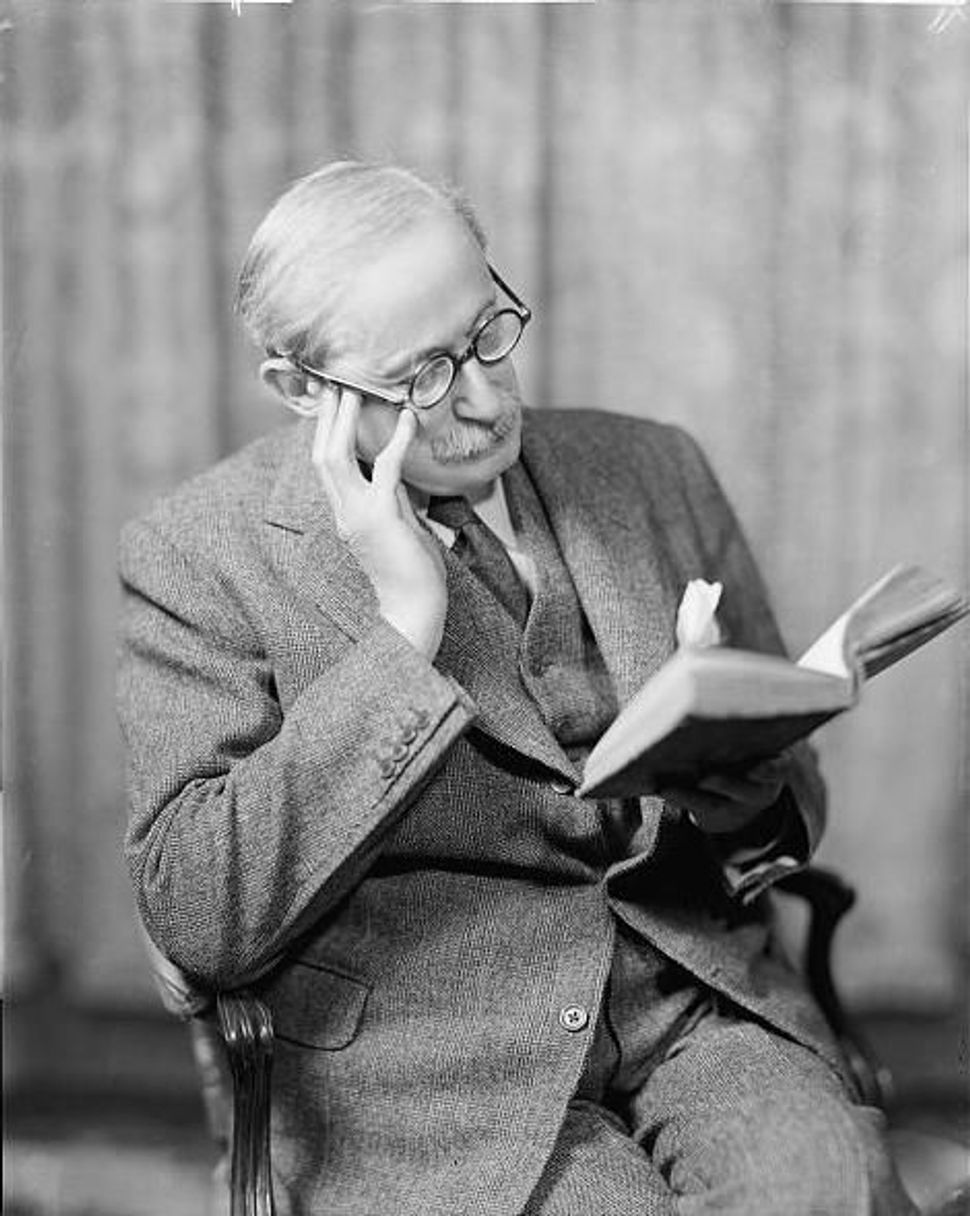 This kind of resolve displayed at the conclusion of World War I’s butchery would come in handy later when ex-Prime Minister Blum faced the further challenge of imprisonment, followed by a Nazi-ordered show trial in Occupied France. The notorious Riom Trial, named after the city in central France where it was held in 1942, would also include among its defendants the Jewish politician Georges Mandel, who would later be murdered by the French collaborationist milice. Seventy years on, the trial has been commemorated by attorney and author Jean-Denis Bredin, onetime law partner of Robert Badinter. “Infamy: the Riom Trial,” out from Grasset in May, is a concisely cogent historical overview, worthy to set beside Bredin’s previous compelling studies of the French Jewish polemicist Bernard Lazare, the wartime trial of French Jewish statesman Pierre Mendes-France, and the Dreyfus Affair, of which only the last-mentioned has been translated into English so far.

Having been allowed at age sixteen to witness part of the 1945 trial of Marshal Pétain, Bredin has a close connection to the events of the war and its aftermath. He cites at length Blum’s “superbly written” speeches in response to the surreal charges of having, as leader of France’s Popular Front government in the 1930s, caused the war between Germany and France by being militaristic. Bredin explains how while remaining “always courteous and smiling” when addressing his French judges, Blum “put the trial itself on trial.” Although the testimony of Blum and fellow defendants was censored before it reached the newspapers, the Nazis got wind of the prosecution’s complete failure and had the trial cancelled. Even Benito Mussolini mocked the Riom Trial as a “farce typical of democracy.” Yet Bredin stresses its tragic context as well as its ultra-Gallic flavor, asking whether “this parody of justice instigated by the Vichy government in its eagerness to dishonor democracy might be, sad to say, an ordinary physiognomy of France?”

Watch a presentation of Léon Blum’s “Pour être socialiste” by philosopher André Comte-Sponville, who wrote the preface for the new reprint of Blum’s text here.