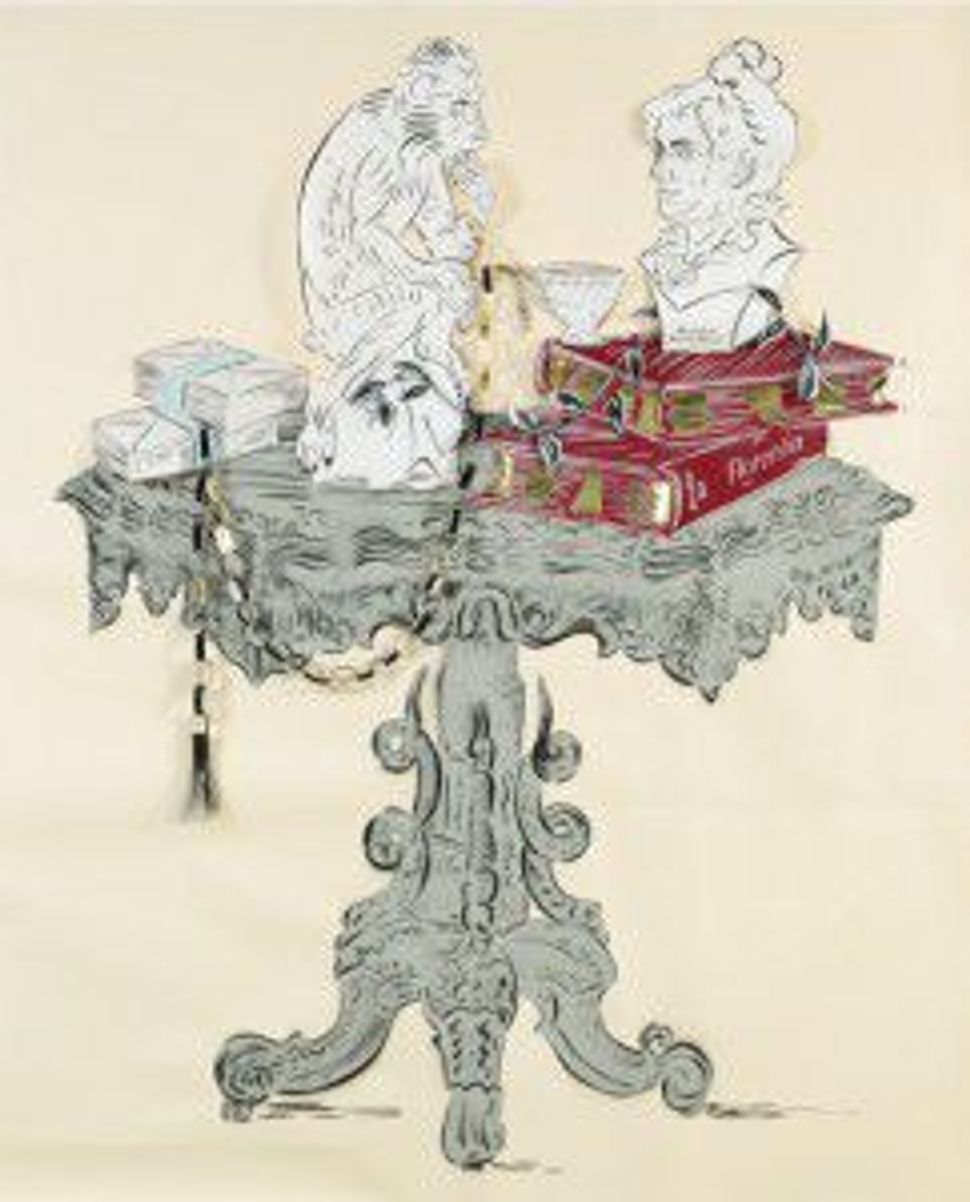 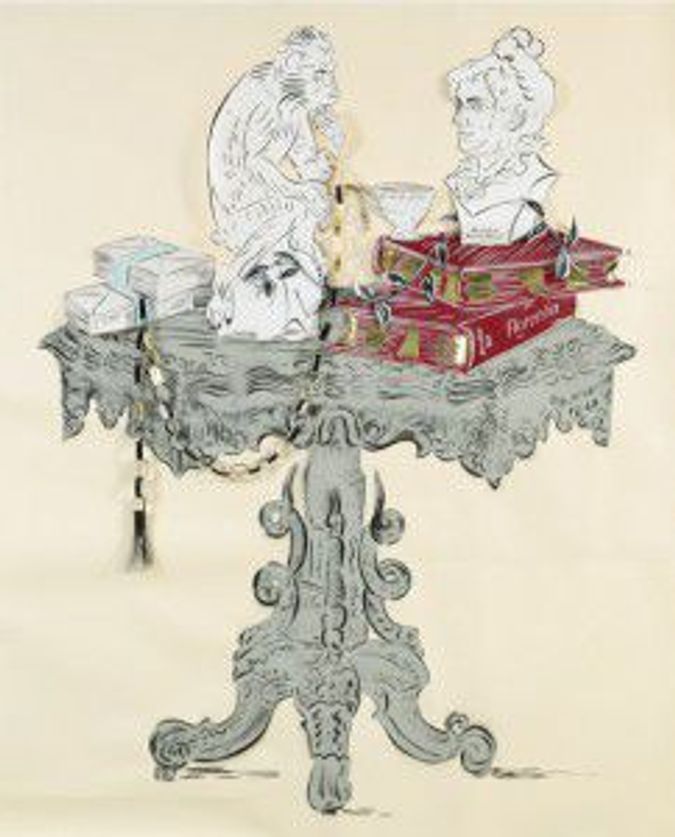 Over winter break, I didn’t want for activity. There were people to see, films to screen and a wealth of exhibitions to behold, one of the most inventive of which was a modest but arresting show at the Jewish Museum, on until February 3, called “Collection Tableaux.” Taking the form of four distinctive mediations — in paint, paper, glass and fabric — on the role of the table in Jewish life, the exhibition highlighted the connections between the material and the cultural dimensions of the Jewish experience.

I relished each of the artworks but, as a practicing historian, I took particular delight in Izhar Patkin’s “Salonnière,” a large scale, stenciled and framed collage of a fussy end table crowded with the kind of stuff one was likely to encounter in the determinedly bourgeois setting of a 19th-century German Jewish home: books, bric-a-brac, a tea cup and other appurtenances of the cultured.

A closer look, however, disclosed that what was on display was studded with actual historical references. As the artist would have it, the table belonged to Dorothea von Schlegel, Moses Mendelssohn’s daughter, who not only changed her name but her station in life by becoming a saloniste of the highest order. On its surface rested a couple of books, one of which, “Florentin,” she had penned. Slightly off-center, upsetting the balance, the elegant proportion, of things, was a rather unappealing and hulking porcelain figure of a monkey.

An object out of place, the monkey reflects an equally dislocating historical phenomenon: Frederick II’s insistence that the Jews under his domain — Moses Mendelssohn, among them — purchase second rate porcelain from his ailing factory, the Royal Porcelain Works, when finalizing a legal transaction such as marriage. Though an affront to both their newfound aesthetic sensibilities and hard won civic aspirations, the so-called judenporzellan was often passed down from generation to generation. Mendelsohn’s grand-daughter, for instance, recalls how her grandfather had acquired a “menagerie of monkeys, which his children later divided as memorabilia and which we in turn inherited from our parents. We keep them as a remembrance of the good old times,” she reportedly told a friend who, puzzled by their appearance in a home otherwise notable for its good taste, inquired after their origins.

Drawing on this and other accounts, as well as on the far reaches of his imagination, Patkin has given form and dimension to Jewish history. Thanks to his artful fusion of text and image, he has placed the past within reach. What an inspiration!

I’m hopeful that many young Jews will take their cue from Patkin, especially now that “Tent: Encounters with Jewish Culture,” the latest venture of the consistently innovative Yiddish Book Center, has become a reality.

Under the intellectually nimble and lively direction of Josh Lambert, Tent will be holding a series of week-long seminars over the next few months — one on comedy, another on creative writing and a third on theater — that enable Jewish 20-somethings to “connect their cultural enthusiasms with modern Jewish culture and history,” as Lambert would have it.

Once the project takes flight, it’s anticipated that a wide array of Jewish organizations across the country will apply to Tent for support to establish cultural events of their own devising.

Culture, in all of its varied manifestations, is the conduit by which a new generation of Jews finds a place for itself at the table.