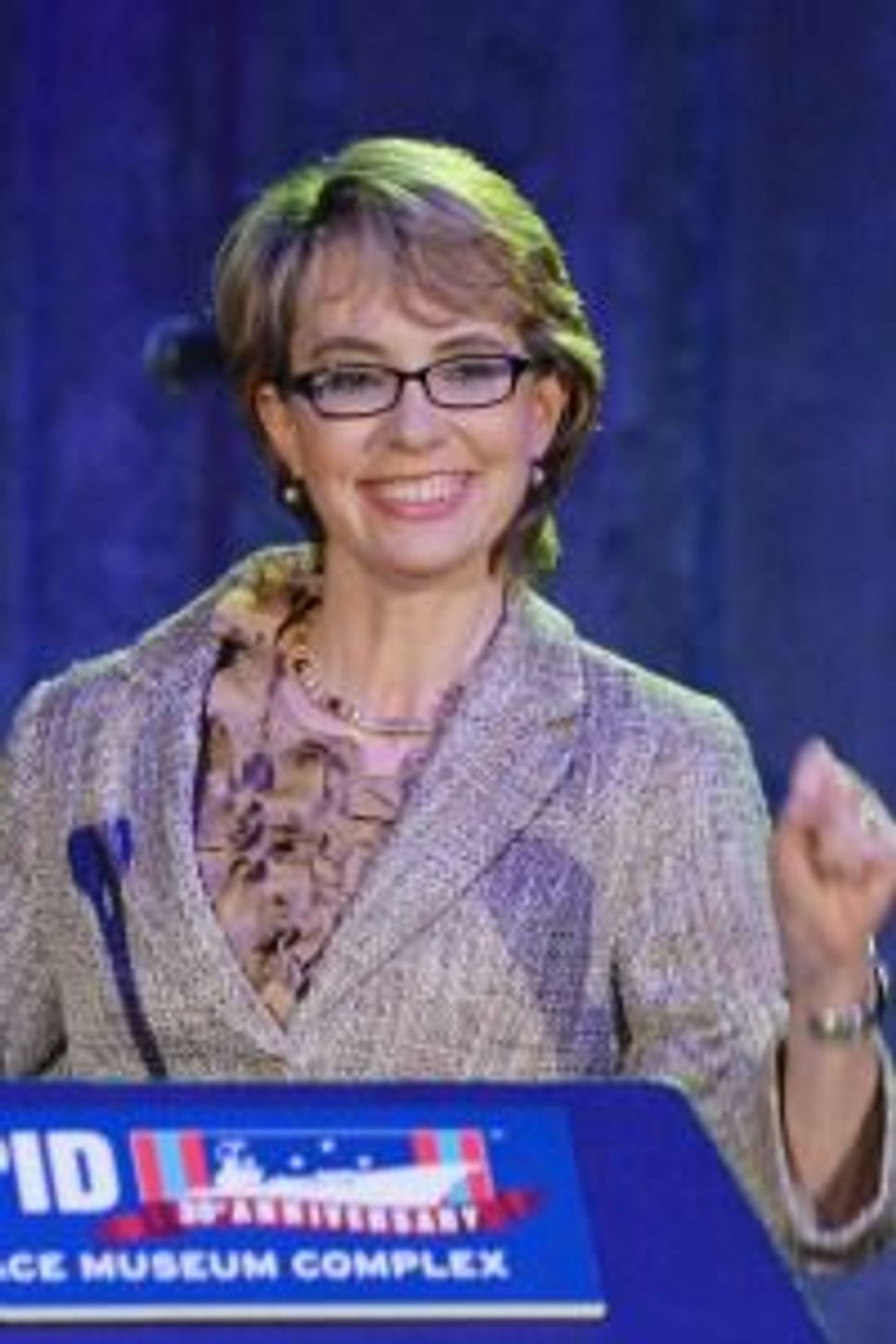 Former Congresswoman Gabrielle Giffords has agreed to an interview with Diane Sawyer, which will air on ABC on January 8, the second anniversary of the Tucson shooting that left Giffords severely injured.

Drake decided to honor his grandmother, Evelyn Sher, who passed away over Thanksgiving, by having a huge picture of her tattooed on to the middle of his back. In the image, she is seen hugging her son, Drake’s uncle.

Jeremy Piven told British talk show host Jonathan Ross that the only way he was able to memorize the *haftarah * for his bar mitzvah was to rap it. He even rapped a few lines for Ross, who suggested Piven could be a role model for bar mitzvah boys everywhere.

Courteney Cox shared with Ellen DeGeneres that she still loves ex-husband David Arquette very much, but that they make better best friends than spouses.

Bar Refaeli gave peace a chance as she went out on the town in West Hollywood last Friday night after filming her Super Bowl commercial for Go Daddy.

A glamorous Emmy Rossum graces the cover of the January/February issue of Manhattan Magazine.

There is talk about real-life mother of two Sarah Michelle Gellar possibly returning to TV in a sitcom about a couple of moms’ funny escapades while their kids are in school during the day.

Eliot Spitzer is leaving his job hosting Current TV’s “Viewpoint” now that the network has been sold to Al Jazeera.

The FBI has released its file on Mike Wallace, who died in April 2012. The file contains reports on his trip to Cuba in 1970, as well as an investigation into a threatening letter he received in 1977 accusing him of being a communist.

Lisa Weiss, one of Anthony Weiner’s cybersex partners, has apologized to him on Facebook for “any pain I caused your or the beautiful Huma [Weiner’s wife Huma Abedin].”

What do Gwyneth Paltrow and Kim Kardashian have in common? They now share the same personal trainer, Tracy Anderson, who works with many celebs.

And finally, we have celebrity New Year’s vacation sightings. On the beach were: Lea Michele in a tiny red bikini (with her beau Cory Monteith); Jason Segel well covered up in comparison to live-in girlfriend Michelle Williams and their friend Busy Philipps; and Justin Bartha with a mystery woman in Hawaii. And Mila Kunis enjoyed dinner out with Ashton Kutcher in Rio de Janeiro, Brazil.