And the Nominees Are… 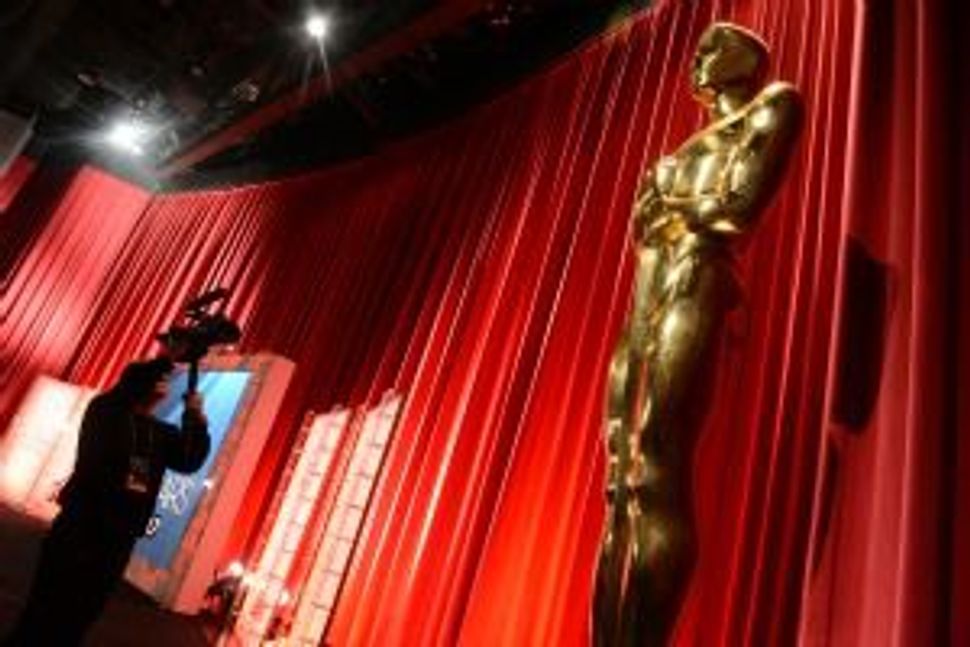 We all know that the Oscars race has been going on for some time now, but with today’s announcement of the 2013 Academy Awards nominees, we can consider the contest official.

Two Israeli films are among the final five nominees for Best Documentary. The first, “5 Broken Cameras,” by Emad Burnat and Guy Davidi, documents the first years of Burnat’s baby against the backdrop of villagers from Bil’in in the West Bank battling against Israel’s building of the security fence. The second, “The Gatekeepers,” was directed by Dror Moreh and features interviews with six former chiefs of Israel’s Shin Bet security service, who until this film had been secretive about their and their agency’s work.

Steve Spielberg’s “Lincoln” leads the Oscar race with a total of 12 nominations, including Best Picture, Best Adapted Screenplay (by Tony Kushner) and Best Director for Spielberg himself.

Veteran actor Alan Arkin got a nod for his supporting role in Ben Affleck’s “Argo,” about the stealth rescue of a group of American embassy workers during the Iranian hostage crisis.

The inclusion of “Beasts of the Southern Wild” among the nominees for Best Picture must be hugely exciting for its young production team of Dan Janvey, Josh Penn and Michael Gottwald.

The 85th annual Academy Awards ceremony will take place February 24, and will be hosted by Seth MacFarlane, who was surprised to be nominated for Best Original Song. He wrote the song “Everybody Needs a Best Friend” for the comedy film “Ted.”

And the Nominees Are…