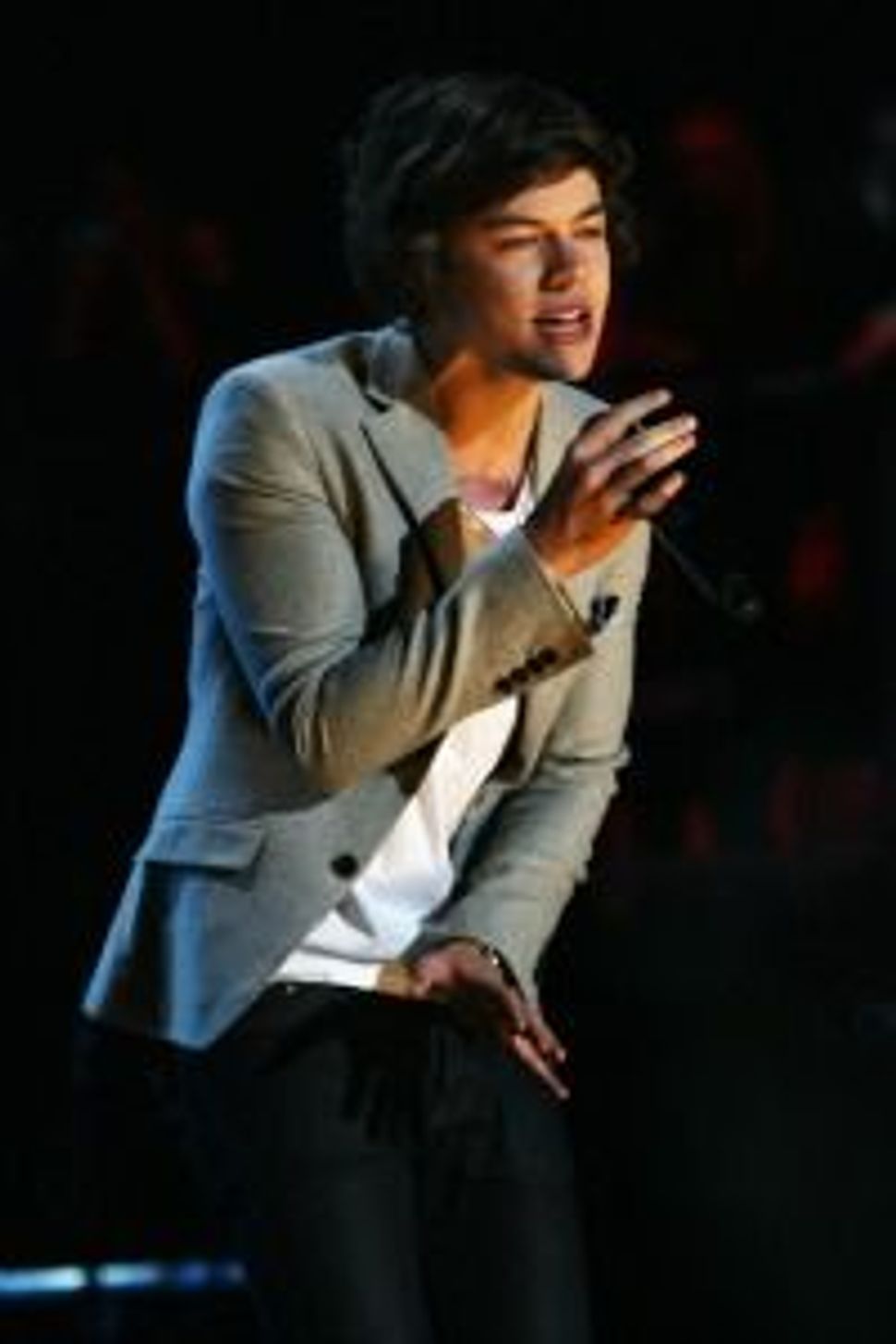 Esquire may have named Mila Kunis the Sexiest Woman Alive, but the New York Daily News thinks she’s the shlumpiest. The paper has pointed out that the actress has been seen out and about almost exclusively in sweats and other sorts of casual wear.

And speaking of fashion, Jerry Seinfeld, caught by a reporter at Stella McCartney’s pre-fall presentation, admitted that his wife Jessica has forbidden him from wearing his signature white Nike sneakers anymore.

A number of celebs—including Liev Schreiber, Mandy Patinkin, Julianna Margulies and Paul Rudd— are participating in the “We Are Better Than This” videos for the Brady Campaign to Prevent Gun Violence.

The latest on Bethenny Frankel’s divorce is that she appeared on the Ellen DeGeneres show, tearfully sharing that she feels like a failure because her marriage did not turn out like a fairytale.

Gerard Depardieu is not the only French actor wanting to leave France. Mathieu Kassovitz has said (again) that he has had it with the French film industry. He doesn’t really have a beef with French tax law; he just wants more freedom to be an artiste.

Adam Sandler must be pleased about winning the People’s Choice Award for favorite comedic actor. We wonder if he is as stoked about leading the Razzie nominations?

On the topic of awards, Steven Spielberg’s “Lincoln” is leading the BAFTA nominations, but the director himself was snubbed. And in other tough news for Spielberg, his “Robopocalyspe” sci-fi saga has been delayed indefinitely.

Screenwriter Mark Boal exhibited a sense of humor about the controversy surrounding “Zero Dark Thirty” as he accepted the best film award from the New York Film Critics Circle.

Remember that romantic Hawaiian get-away Lea Michele took with her beau Cory Monteith? Well, now we’ve learned that her parents Marc and Edith Sarfati were along for the holiday.

Do not count Howard Stern among the fans of “Girls.” The shock jock had absolutely nothing nice to say about the show, or about Lena Dunham, whom he called a “fat…camera hog” who looks a bit like Jonah Hill.

Joseph Gordon-Levitt fans will get a kick out of this video of the actor’s first interview, from back when he was 14 years-old and on “Third Rock From The Sun.”

In the latest celeb sightings we have: Jason Segel toting some “I Love NY” bags as he departed from JFK; Lea Michele in bright yellow at the Fox All-Star Party, and a mini hot pink number at the People’s Choice Awards (where she won for best comedic actress); Adam Levine appearing pleased to accept, on behalf of Maroon 5, the People’s Choice Award for best band; Rachel Weisz looking lovely in a floral print dress at a New York screening of her new film, “The Deep Blue Sea”; and a very put-together Anne Hathaway and hubby Adam Shulman at the National Board of Review Awards.