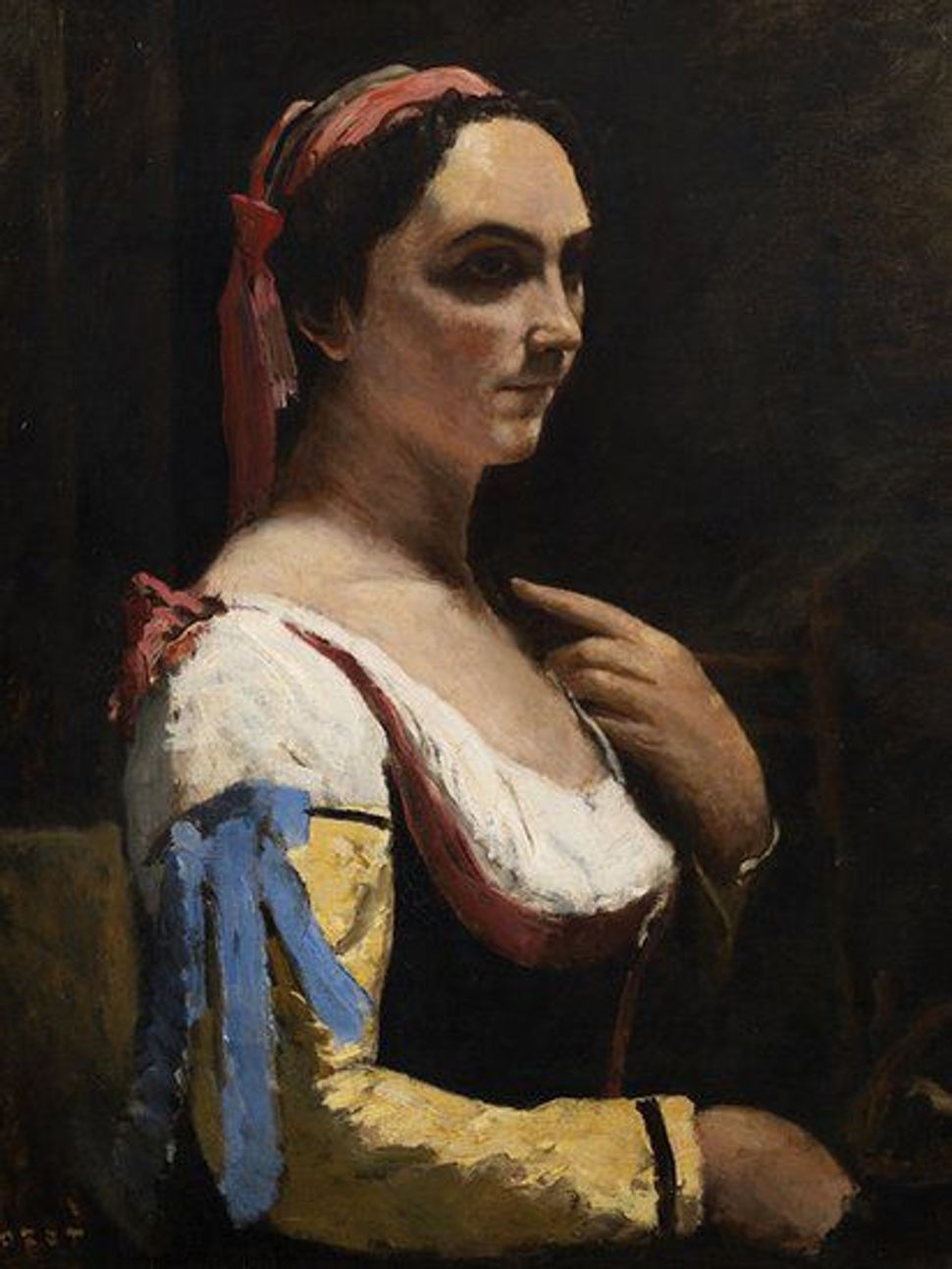 ?The Italian Woman, or Woman with Yellow Sleeve? by Jean-Baptiste-Camille Corot

Lucian Freud, a painter considered by many critics to be the leading British artist before his death in 2011, at age 88, was also an art collector, owning works by 19th-century artists such as Jean-Baptiste-Camille Corot and Edgar Degas. Now, Freud’s heirs are donating some of his collection to British museums — partly as a gesture of thanks, and partly as a way to pay a hefty inheritance tax.

According to the BBC, Corot’s “L’ Italienne ou La Femme á la Manche Jaune” (“The Italian Woman, or Woman with Yellow Sleeve”), which was purchased by Freud from actor Edward G. Robinson and has not been seen by the public for 60 years, will go to the National Gallery, while three bronze Degas sculptures — “Horse Galloping on Right Foot,” “The Masseuse” and “Portrait of a Woman: Head Resting on One Hand” — will go to The Courtauld Gallery.

The BBC also reported that the donations were specified by Freud in his will. According to the U.K.’s “acceptance in lieu” law, works of “major cultural significance” may be donated in place of an inheritance tax. For Freud, a grandson of Sigmund Freud who came to England from Berlin as a refugee in 1933, the donation is also seen as a gesture of thanks to his adopted country.