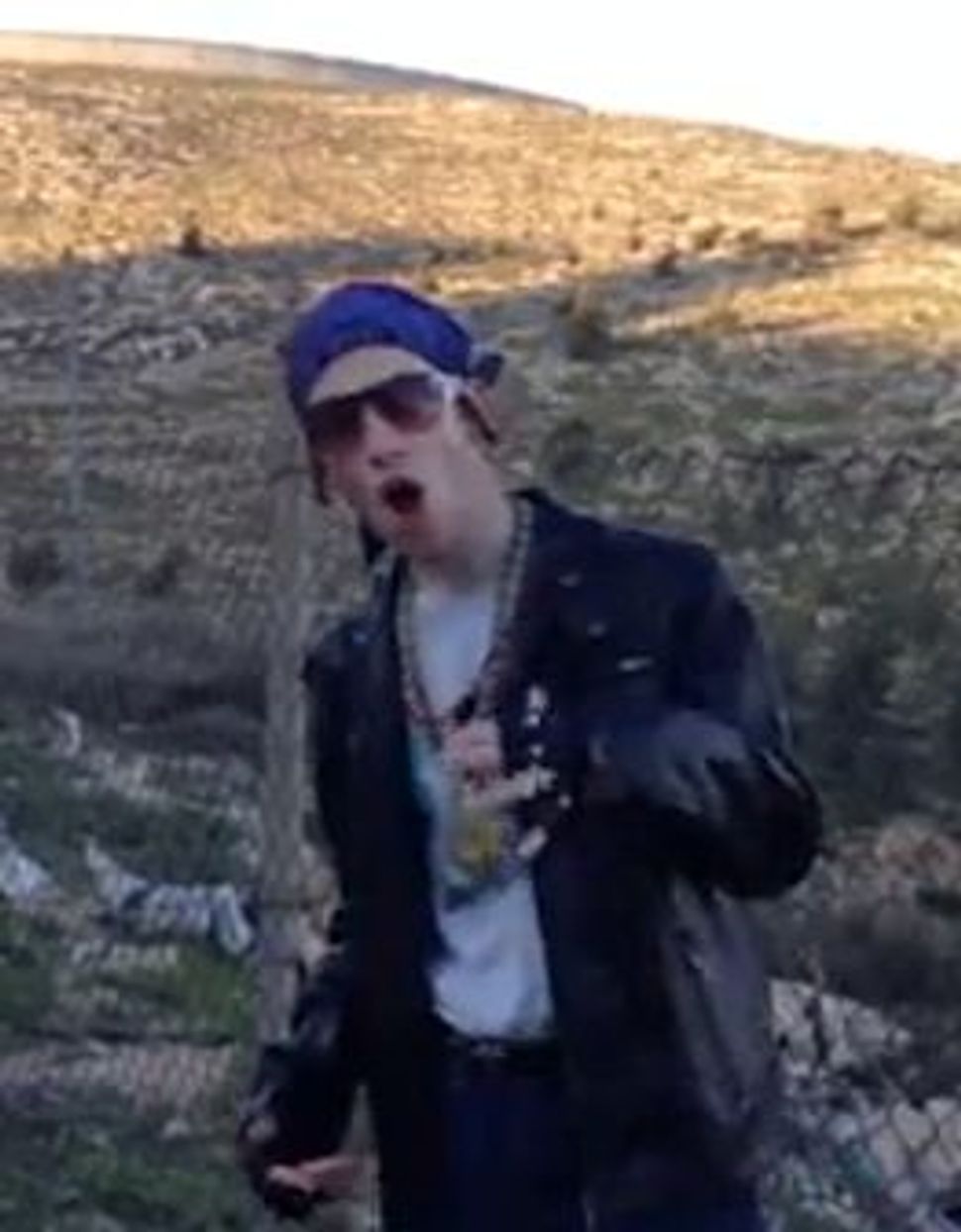 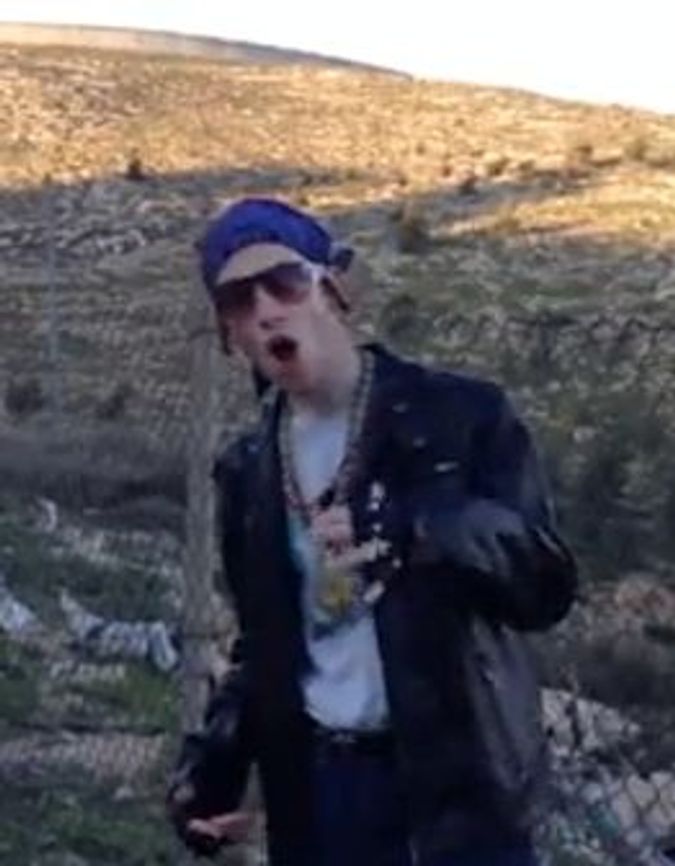 You go to your gentile friend “Boris,” of course, for help writing “The Aveirah Song.” Aveirah is Hebrew for “sin,” which, “Boris,” being a gentile and all, would be an expert on.

And what kinds of sins does a gentile (or wannabe-gentile) commit?

He doesn’t sing zemirot at the Shabbat meal. He lets his wife wear a wig instead of a kerchief. And for Birchat Kohanim he defiantly keeps his shoes on. He also studies Torah all night long on Nittl Nakht (Christmas), when Torah study is avoided among some Orthodox Jews; drinks only three cups of wine at the Passover Seder, and eats “tons of maror without charoset.”

That’s the thesis of song released February 24 on YouTube that is quickly becoming a sensation among Orthodox members of social media websites. The song’s lyrics are genuinely funny to anyone who knows anything about the Hasidic lifestyle. The tricky thing, though, is to discern what is meant seriously from what is meant as parody, and then to figure out what is unintentional parody.

I eat a gid hanasheh — every bite,
I put on my left shoe before my right.
You think I don’t do aveirahs? Don’t even wonder.
I never make a bracha when I hear the thunder.

The song is intentionally over the top, complete with an exaggerated Hasidic accent in which Derek Jeter is pronounced Derek Jeer-r-r-er and “without” becomes wir-r-out (as in, “chicken soup wir-r-out no lukshen”). The language of the song might be considered English, although the lyrics will prove challenging to one who isn’t familiar with Haredi-speak, a patois that mixes Yiddish, Hebrew and English.

Binyomin Miller, the 21-year-old yeshiva student from Lakewood, N.J., who wrote the song, performs the lead vocals in the character of “Dr. Dreizich,” a rapper-wannabe as ridiculous — or as clever, depending on your view — as Sacha Baron Cohen’s Ali G; just replace the faux-multicultural-British accent with that of a Satmar kid from Williamsburg. According to Miller, the video is not intended as a mockery of Hasidic or Haredi Jews, but as a parody of those who rebel against the Hasidic lifestyle in trivial ways.

I’m such a Tzioni [Zionist], I sing Hatikvah,
I don’t ever pay when I use the mikva.

My esrog is always full of black dots,
I always make a bracha when I wash Urchatz.

I go to shul and I’m just chillin,
I only put on one pair of tefillin,

I do shnayim mikra without the targum,
When I see an Amaleiki [Amalekite] I would never harg [kill] him.

I suspect that Miller is a better observer of his world and its neuroses than he gives himself credit for, and I can’t help but read “The Aveirah Song” as at least an unintentional critique of the Haredi obsession with the minutiae of law and custom.

As anyone familiar with Jewish observance will know, none of these “sins” violate any real Jewish laws, biblical or rabbinic. At most, they violate minor halachot, obscure Hasidic customs and general Haredi meshugas. Yet they reflect a worldview that actually cares about some of these “sins.”

But to see the song only as a parody of Haredi attitudes is to miss its real target: the Hasidic rebel, or wannabe-rebel, who seeks to move out of his restrictive world in trivial and often comical ways.

When I was a kid growing up in Hasidic Brooklyn, we had a name for such people. We called them “negel vasser drinkers.” Negel vasser is the water cup that some religious Jews prepare at their bedside for ritual washing in the morning. After use, the water — aside from being unsanitary — is ritually impure and unfit for drinking. The rebellious Hasidic kid, the thinking goes, defies authority and drinks the water anyway.

Miller, who plays keyboard professionally and who says he has been involved in the “Jewish video scene” for a while, said he chose the character of the ridiculous Hasidic rebel to make a serious point. “There is a growing trend of shameless sinning,” he wrote in an email. “Whether it’s a group of yeshiva bochurim [students] discussing their favorite movie star… or a young man walking in Brooklyn with a copy of the NY Post tucked under his arm, God seems to have been thrown under the bus.”

The irony, of course, is that to most non-Haredim, Miller’s examples aren’t really sins, and are not very different from the sins he parodies.

Musically, there isn’t much that is noteworthy about “The Aveirah Song,” but then, it’s a Purim-shpiel, so there doesn’t need to be. What is noteworthy is that the song is not meant to be subversive, yet it skirts the edge of what is acceptable in the Haredi world. The fact that it relies on the Internet — an officially forbidden medium — is significant, especially, as Miller wrote me, since this is not some basement job, but was done with support from his yeshiva mentors. One of those mentors put Miller in touch with Yitzi Berry, son of veteran Orthodox music producer Suki Berry, for musical and technical assistance.

Miller cites Lipa Schmeltzer as his inspiration, which is no surprise. Schmeltzer is credited for almost single-handedly revolutionizing Haredi entertainment, most notably with his Lady Gaga-esque music video “Hang Up the Phone,” in which he merges mainstream pop culture with Haredi sensibilities in bizarre but also interesting ways.

“The Aveirah Song” is ultimately intended as little more than a Purim joke. But it provides a glimpse into a society that is struggling with its relationship to the world outside. One sees that tension in Miller himself, who sees something sinful in reading the New York Post, but makes his point through a music video imitating urban hip hop culture.

Given the complicated rules that govern Haredi society, one is left to wonder whether anyone in that world still knows a real aveirah from its parody — or whether such a distinction even exists.