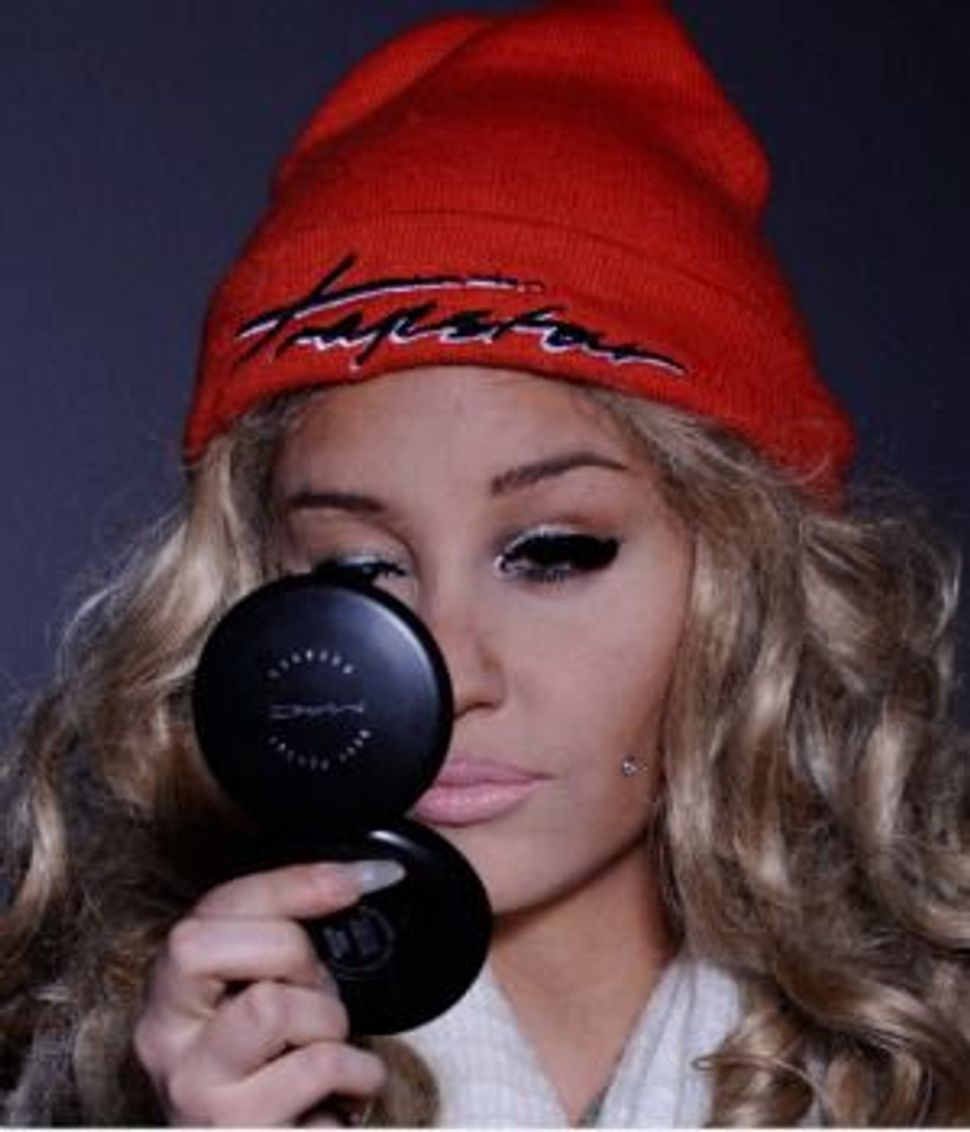 Remember when we all wanted to be Amanda Bynes?

It was in 2006, right when “She’s the Man” came out. She was awkward, weird and kind of a geek, but she somehow prevailed, and got Channing Tatum in the end. Basically, every tween girl’s dream.

The former Nickelodeon darling hasn’t been doing so well lately, what with multiple driving-related arrests including a DUI charge, two hit-and-run charges, and two separate charges of driving with a suspended license.

In September, TMZ reported that the actress had been dropped by her agent, publicist and lawyer, all in the space of a few weeks.

“I’m 26, a multi-millionaire, retired. Please respect my privacy,” the actress told Us Weekly after In Touch ran a less-than-flattering story about her last November listing her numerous legal troubles.

The former “What I Like About You” star debuted a new look on Sunday when she shared a picture of herself on Twitter. The picture (above), shows Bynes wearing heavy rouge, with Christina Aguilera-like curls emerging from a red beanie, and lips lined with a shade usually seen on Snooki from “Jersey Shore.”

Her new cheek piercing is also in full view.