Matthew Weiner: ‘Mad Men’ Are Us 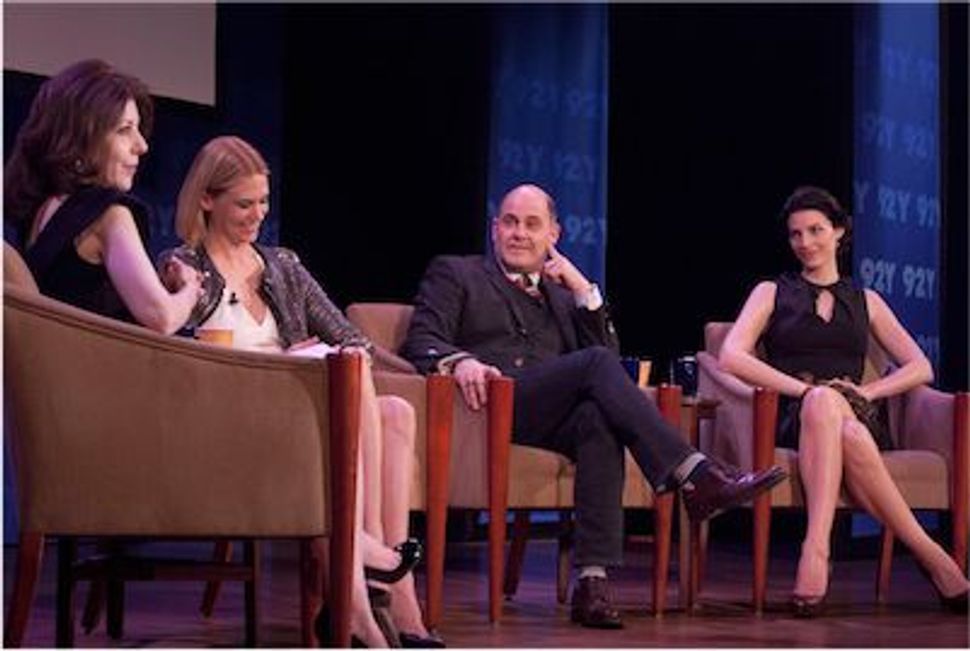 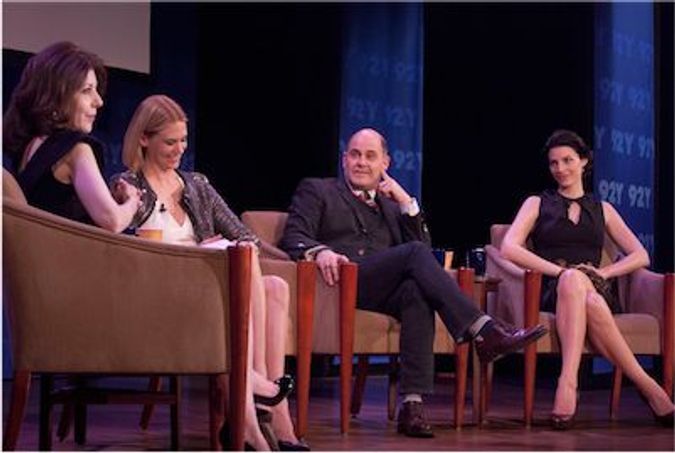 Weiner teased the audience with a reminder that we all have a bit of self-loathing Don Draper and slimy Pete Campbell in us, and that we watch their fictional comings and goings each Sunday night not to gape but to relate — although he suggested that the attractiveness of his cast (the actresses flanking him and lead actor Jon Hamm not least among them), certainly helps smooth the way.

But “Mad Men” has become a cultural touchstone for more than just sharp suits and retro hairstyles, he said: “It’s accidentally related to our everyday life because it’s on a human scale and has a lot of moments of privacy.” The nontraditional, slow-burning plotlines take place in homes and workplaces, and focus on characters being disappointed even when they get what they want. Just like us, apparently.

For instance, viewers’ outright hatred for Pete Campbell, the most bratty and entitled WASP of all the characters, is stirred up because “he is them,” Weiner said. Pete’s ungratefulness grates in particular, by reminding us of our own tendencies toward dissatisfaction. “He’s every bad thing you’ve ever done all at once.”

As for Don, his brooding, scotch-guzzling and serial adultery is beginning to bore some viewers, myself included. But Weiner implied that Don, whose meaningful silences spawn dozens of speculative recaps each Monday morning, is no more enigmatic than we are. In a response to a hopeful audience member asking if Don was trying to be a better person, Weiner asked, somewhat wickedly, “are you?” Don has two identities, Weiner told James, but so do we all, “as soon as we close the apartment door.” Don’s are just more clearly demarcated with two separate names.

Weiner also teased fans (like me) who were horrified that the middle-aged ad exec chose his young secretary Megan over the no-bullshit Jewish therapist, Dr. Faye, whom he was seeing before Megan pirouetted into his life.

“Why would he marry the younger woman who saw him as the man he wanted to be?” he asked. “Hmm, why would he do that?” With Don’s rather gloomy descent back into cheating this season — he’s dallying with an Italian Catholic neighbor — Weiner says he was “trying to capture the spirit of 1968,” a year in which he declares “guys in suits are still doing great” (when are they not, I guess?) despite the counter culture’s ascendance.

And yet, “the state of the world in 1968 is in an identity crisis, a lot like Don,” Weiner explained, and offered a fairly straightforward interpretation of his protagonist’s problems: “He’s trying, but he gets very anxious and medicates.” Don Draper, a neurotic New Yorker to the core.

Matthew Weiner: ‘Mad Men’ Are Us