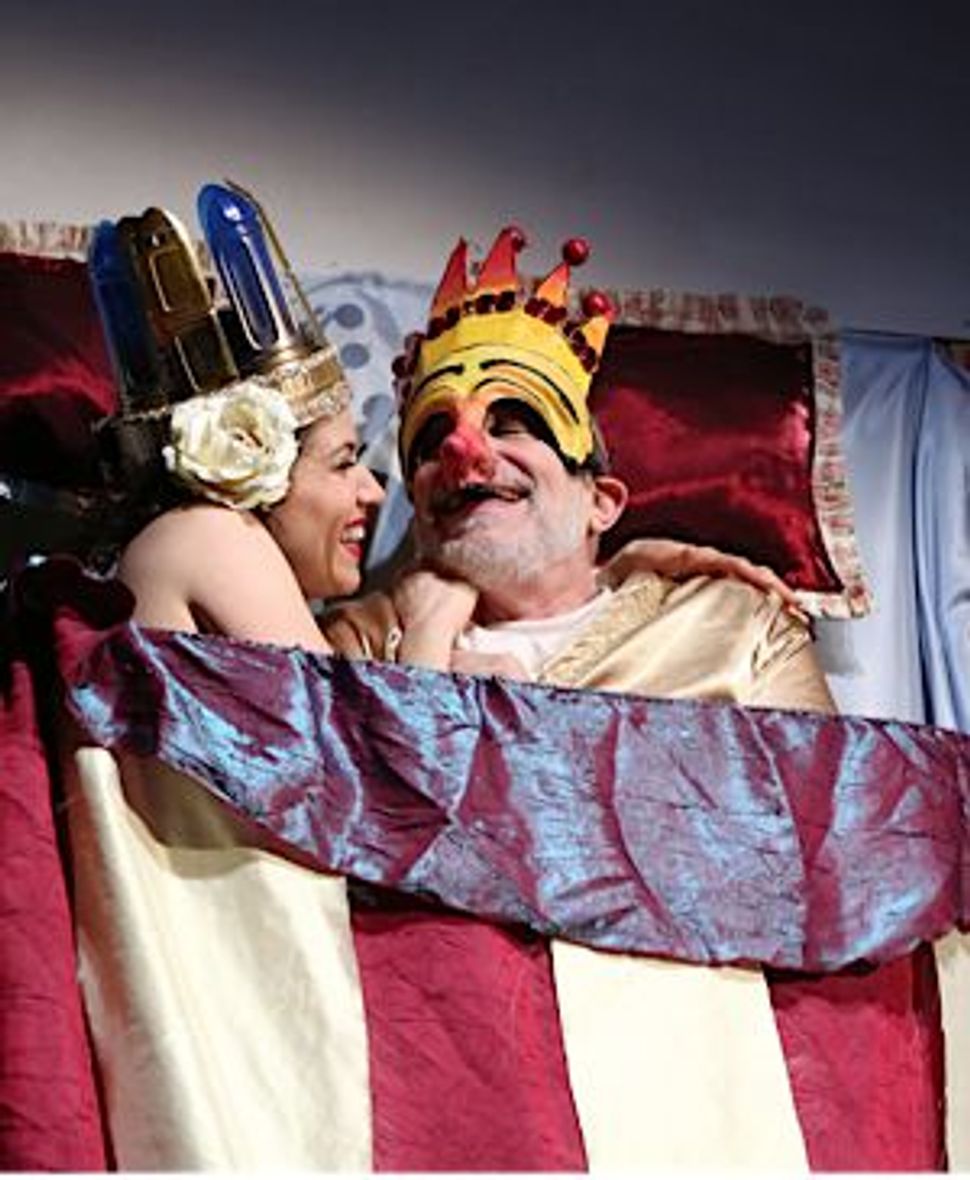 “The Megile of Itzik Manger” and the National Yiddish Theatre seem like a perfect partnership: love and marriage, horse and carriage, Purim shpiel and the Folksbiene.

Manger is considered one of the most important Yiddish poets and playwrights, and “The Megile” is one of several plays in which he put his own stamp on a biblical story. It was reworked as a musical by, among others, award-winning composer Dov Seltzer, a totem of Israeli creativity.

The play has had several successful productions, including a lengthy run in Israel and a brief one on Broadway. This interpretation, however, could better serve its extremely enthusiastic and talented cast.

In a couple of Russian-style numbers, the dancers wear fur caps, a tip-of-the, well, hat, to the theater’s large émigré audience. But this is hardly true to the show’s Persian locale. And director Motl Didner’s use of a circus theme seems puzzling. Employing a ring master (Shane Baker) as narrator works but, after an opening scene set in a 1937 Polish circus, the theme isn’t carried through in a meaningful way.

The biggest problem is the staging. From where I sat, I missed enough of the play for it to be bothersome, particularly when characters kneeled, sat on low stools or stood stage right. At times, too, the supertitles (translations of the Yiddish into English and Russian) were hidden by scenery. I thought that might be a function of my location, but in the elevator after the show — the theater is in a basement of the Baruch College Performing Arts Center — two ladies also said they had problems seeing the supertitles.

On the positive side, the cast is exceptional, particularly Stacey Harris, a Folksbiene veteran, who plays Esther and starred in the theater’s last production, “The Golden Land.” Her smile had wattage to light a small city and her singing and dancing were Broadway quality.

Veteran Stephen Mo Hanan, who played the evil King as a soused, red-nosed fool, was of fine voice, as was Seltzer’s klezmer-infused music. Overall, the show was enjoyable, but not up to the Folksbiene’s normally high standards.